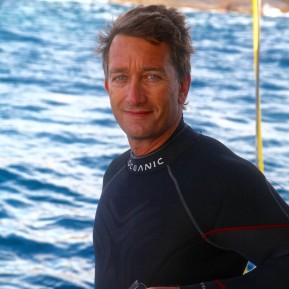 The year is 2006. I'm travelling to Lake Minangau, a crater lake in West Sumatra, when my bus stops for a lunch break at a truck stop edged by grotty cafeterias.

I choose one at random and walk inside. Between the shop window and a lace curtain are shelves lined with plates of cooked meat, fish, eggs, vegetables and curries – exactly the kind of things my doctor warned me about in Southeast Asia. But I'm bloody hungry and truth be told, it smells pretty good.

I have no idea what the lady at the counter says to me but I nod my head. She heaps a bunch of rice on a plate, pulls back the curtain and turns to face me – my cue to order. I point at the safest items: some fried chicken, tofu, a few satay sticks and long beans while steering clear of the curries that have probably been sitting there all day. But the lady doesn't care for my first-world sensitivities. Before handing me the plate, she spoons a ladle of meaty brown curry right on top of the rice, infusing it with thick dark gravy that looks like used motor oil. I shoot her a crooked smile, take the plate and walk to my table.

After eating the chicken, I nibble cautiously at some of the now wet copper-coloured rice. Within a fraction of a second my gustatory cortex – the brain structure responsible for the perception of taste – overloads with sensory information about the intense multi-layered flavours running riot on my mouth. Soon I'm practically shovelling it down, high on a rush of hitherto unknown flavours and aromas contained within this thoroughly unpleasant looking yet extraordinary dish. It's spicy one moment, tangy the next, then sweet and sour, a psychedelic ping-pong of complementary flavours that outmanoeuvred any curry I'd tasted before.

Endless variations of rendang are made across Indonesia, Malaysia, Singapore, Brunei, the Philippines and in Southeast Asian restaurants all over the world. But the rendangs I found in Australia after my first trip to Indonesia never tasted quite right. An esteemed dish traditionally eaten at weddings, funerals and to break the fast during Ramadan, rendang takes the best part of a day to prepare. The recipe represents the patience and persistence of the Minangkabau people – an anathema to the efficiency-driven lifestyle of the West.

The only way I could get a real rendang fix was during increasingly frequent trips to Indonesia. After leaving the airport, I'd do is ask my taxi driver to stop at the nearest Padang restaurant – Padang being the capital of West Sumatra and namesake the array of curries, soups and fried foods developed by the Minangkabau people.

Yet now that I live in Indonesia I'm a lot fussier about where I eat. I'm quick to dismiss modern interpretations like the rendang burgers I saw in a Jakartan cafe and the rendang lasagne that's surfaced in Bali. I wasn't surprised when a poll of 35,000 people saw rendang top CNN's annual list of the 'World's 50 most delicious foods' for the second time in 2017. And I chuckled over 'rendangate' – the diplomatic debacle that erupted when a judge on MasterChef UK slammed a Malaysian-born contestant's chicken rendang because it wasn't crispy. Some of the ingredients used in making rendang. Photo: Ian Neubauer

“Where do people eat chicken rendang that is crispy?” then-Malaysian Prime Minister Najib Razak tweeted. Added Vicki Treadell, the British High Commissioner in Malaysia: “It can be chicken, lamb or beef [but] it is never crispy.”

But here in Indonesia, the consensus was both the Brits and Malaysians got it wrong.

According to legend, rendang was developed by the wives of Minangkabau men who left their villages in search of fortune abroad and needed nutritious food that wouldn't spoil on the road. Wrapped in banana leaves and made from buffalo, tough and sinewy meat perfectly suited to slow-cooking, buffalo rendang lasts up to a month without refrigeration. The name rendang is actually derived from merendang – slow-cooking in the Minangkabau language.

The recipe evolved as the Minangkabau ventured across Southeast Asia, with poultry and seafood thrown into the mix. I once had a gobsmackingly good bluefin tuna rendang in the Spice Islands in Indonesia's far east, while cooks in Padang have perfected a vegan rendition based on oyster mushrooms. Indonesia's most famous chef and food diplomat William Wongso raves about his bat rendang, claiming the meat from the fruit-eating animal is slightly sweet and quite healthy. He's made rendang with camel meat in Saudi Arabia, wildebeest rendang in Namibia and rendang with camel meat in Saudi Arabia.

But for the vast army of Indonesian cooks who spend hours picking and prodding produce and standing over a hot stove, only red meat can tolerate the extended cooking time of rendang: buffalo if it's all they can afford, pork or duck if it's available, though mostly they use beef.

I wrote to Wongso, who's 72 and travels relentlessly to cook at festivals and private dinners for ambassadors and world leaders, to cook me some beef rendang. He's yet to reply. But as fortune had it I bumped into Wongso's protégé, Theodora Poeradisastra, at the Ubud Food Festival in Bali earlier. A chef, food writer and cooking teacher who divides her time between Bali and Italy, she agreed to let me watch her cook a Wongso rendang from scratch. Well, not exactly from scratch. In the villages of Indonesia, cooks will begin by breaking open coconuts over a metal spike, grating out the coconut meat and pressing it into milk. Poeradisastra cuts two hours off the cooking time by buying coconut milk from the supermarket instead.

There are however no shortcuts when it comes to grinding the spices; it must be done by hand using a mortar and pestle. “It's common wisdom that if you bash spices instead of putting them an electric blender, more of the essential oils are released,” Poeradisastra explains. “But I doubt if even the most famous Padang restaurants still do it this way. I mean, how can they when they're making 300 servings a night? That's why homemade rendang always tastes better than eating out.”

There's even an order to the crushing, starting with the harder spices like ginger first and softer spices like chilli last. When cooking rendang for Westerners with low tolerance to spicy foods, Poeradisastra meticulously removes the seeds and white membrane within each chilli to mitigate its potency. “You still get the fragrance and a bit of the spiciness though not too much. But rendang has to be spicy. Otherwise, it's not rendang,” she says. Poeradisastra crushing the spices with her mortar and pestle. Photo: Ian Neubauer

Two hours pass until Poeradisastra is ready to start cooking. After cubing the beef she sears it – a Western culinary technique she warns will see any West Sumatran cook reading this publication toss it in the bin. “They never deviate from recipes handed down to them from their grandmothers. They'd never dream of it,” she says.

Next, she stir-fries the spice paste in coconut oil, adding aromatic leaves like kaffir lime and turmeric and coconut milk. Once it's thickened, she adds the seared meat and spends the next four hours stirring. “It will stick to the bottom and that's what we want – the caramelisation process that gives it the toasty flavour,” she says. “But you have to scrape and stir often so it doesn't burn.”

Six hours pass before Poeradisastra's rendang is ready, though it's still not ready to be served. “It needs to rest overnight to give the spices time to marry and for the juices to get soaked into the meat,” she says.

But there's no holding me back. The kitchen is screaming with the same deep and sensual aromas I came across 13 years ago in West Sumatra when I first tasted this ridiculously flavoursome and addictive dish. I need my rendang fix. I need it now. 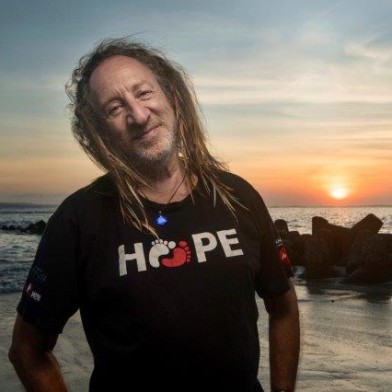 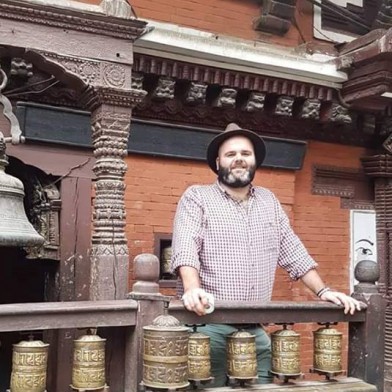 Features
CoveringKathmandu'sfoodscene
Kiwi journalist Thomas Heaton is currently based in Kathmandu, Nepal, working for The Kathmandu Post as a food and travel reporter. More >
by