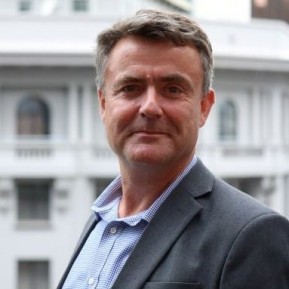 How the latest trends and social changes occurring in China will impact New Zealand companies looking to do business there was the topic of discussion at the recent Hihiko Focus on Asia webinar, co-presented by the University of Canterbury Business School and the Asia New Zealand Foundation. Alistair Crozier: "China is not going to stand still – on so many levels, it will continue to evolve at an eye-watering pace."

Even as the globe continues to grapple with the virus that has turned our world upside down in 2020, two things about China are becoming clear: first, China will continue to be an important part of New Zealand’s post-COVID economic recovery. And second, China is not going to stand still – on so many levels, it will continue to evolve at an eye-watering pace.

My last time living in China was in 2014-18: I’ve been gone for almost two years, and already feel completely out of touch. During that last stay, I saw Chinese families start to hire campervans for domestic road-trips, the national ‘bullet train’ network connect more and more of the country (as efficiently as in Europe or Japan), more confident LGBTQ+ communities, the share bike revolution, and everything from local craft beer to stand-up comedy, organic food and environmental consciousness start to trend strongly. I can only guess what I have missed out on since.

So, I enjoyed the latest Hihiko Focus on Asia webinar on China’s future directions, co-presented by the University of Canterbury Business School and the Asia New Zealand Foundation, as a chance to get back up to speed. What are the major trends and developments now coming down the tracks in China that New Zealand business can’t afford to ignore?

Here are my top five take-aways from a wide-ranging discussion:

For other topics that didn’t make my top five, including US-China relations, the NZ-China Free Trade Agreement upgrade, the sheer speed of “China time” change, and thinking about China as a series of ‘economic clusters’ rather than a single monolithic economy, a listen to the full webinar is a good time investment. In the absence of travel to see China for ourselves in 2020, we need all the insights we can find to keep up with the play.