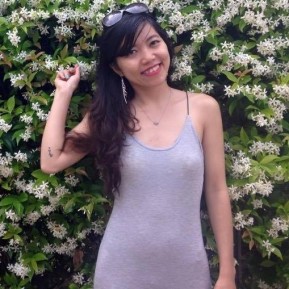 As Covid continues to cut a disruptive swath through the region, expatriate communities have been hit hard. In the unique situation of living far from home in a totally strange country like Vietnam, a trio of Kiwis shared their stories with local journalist Nguyễn Lệ Diễm.

They share one thing in common: a special journey in Vietnam through the pandemic.

Each experience is distinctive but all have memorable moments, including new opportunities and life-changing decisions, in some tough times.

From Rotorua, Andy Morley, a mechanical engineer, has worked and lived in New Zealand, Indonesia, and Vietnam in the last five years. He was initially based in Hà Nội and previously worked in Quy Nhơn City, right now he is in Lâm Đồng Province.

His work requires a lot of travel, however as Vietnam has kept its borders closed until very recently he was unable to travel, while foreign expats were barred from entering the country. 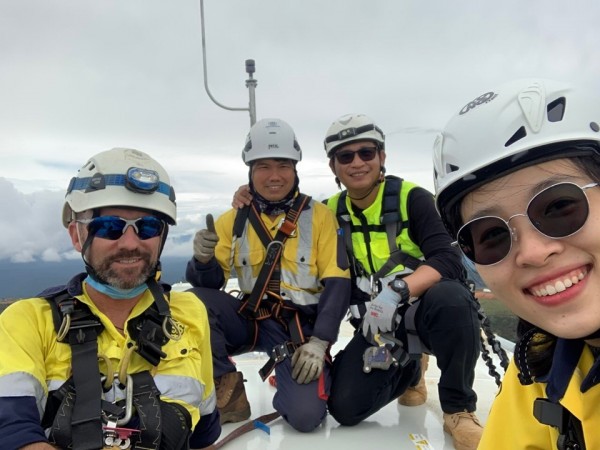 But the lockdown in a small village was the toughest part when his area had a “double” quarantine for 40 days after one of the local security staff contracted Covid, which had a massive impact on their project.

Additionally, Lâm Đồng has taken a very hard line with Covid restrictions compared to some other provinces, which are attempting to “live with Covid”.

“For example, during an outbreak in the village the authorities were attempting to force all people out to testing stations, effectively congregating the population in the same place in poor conditions,” he said, “Meanwhile, some other local companies seemed to have fewer restrictions and that was very frustrating. However, the local people and medical staff on the frontline have been incredibly supportive towards foreigners during Covid.”

Having also experienced the Covid lockdowns in New Zealand, he reflected on the similarities and differences between the two countries in responding to the outbreak. 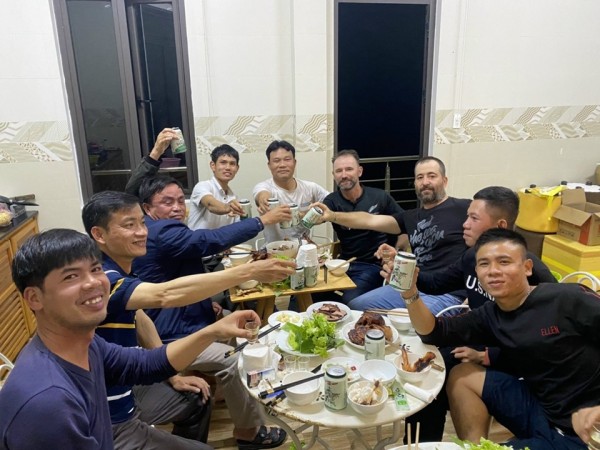 "While in New Zealand there was resentment from some of the public objecting to restrictions. In Vietnam, the people adapted to the new normal much more quickly and had more success in controlling the virus, although the lockdown seemed a lot harsher," he said.

Additionally, there has been more empathy and support from the authorities to businesses and staff in New Zealand while in Vietnam the support has been much more limited, and has led to businesses shutting down.

Lately, Saigon seems to have accepted Covid and is trying to maintain vaccination levels and live with its presence, whereas Hà Nội still reacts harshly (similar to Lâm Đồng) and tries to control it instead.

“The numbers seem similar but at least the quality of life in HCM has improved dramatically,” Andy said.

After more than a year far from home, his first wish is to visit his two sons back in New Zealand as soon as the government addresses the quarantine system, before eventually returning to Vietnam to continue his projects. “It’s been an incredibly tough year and we have had no lack of challenges. But through this our bond with our local team has kept us in good spirits and supporting each other. It’s been an experience I will cherish forever,” he said.

Planning to stay in Vietnam for only one year in 2013, Lili-Lucia, a social worker from Wellington, didn’t feel it was long enough to explore the country and the rest of Southeast Asia, and decided to stay longer. In the blink of an eye, it has now been eight years.

From expecting nothing, she has a new life in Vietnam after discovering her passion for teaching and learning languages in the country. “I found more joy teaching English and working with children.

It felt more satisfying compared to working in New Zealand,” she said, “The progress that my students made from knowing no English words to confidently speaking English is a more visible fruit of my work, and it felt more rewarding in a sense.”

Unlike many other English teachers, she didn’t work for international schools but a local kindergarten that was closed during the worst of the pandemic.

2020 was a difficult year for her as she had no job for about five months and had to rely heavily on her savings.

But she didn’t leave Vietnam. Instead, she utilized the downtime by getting private classes and learning Japanese as well as learning to play music.

Fortunately, she had her building manager and some Vietnamese friends help her purchase food in the lockdown when she wasn't able to because of the language barrier.

She also received her second vaccination quickly after registering with the government. As a member of a church community, she was also provided support if she needed it.

“I was well aware that there were many more people worse off than me so I was grateful for the help and for my good health,” she said. 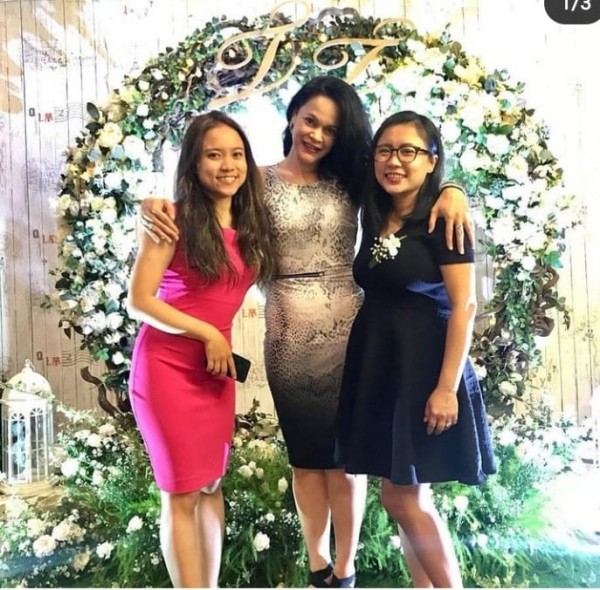 She said she has become “more Vietnamese than a Vietnamese”, as her local friends used to joke.

She missed the country so much and even had a reverse-culture shock when she returned to New Zealand. “I do consider Vietnam home, I guess because part of my heart is here and home is where the heart is,” she said, “I think if anyone considers moving to Vietnam from New Zealand, come with an open heart and an open mind.

It's what you make of it and learning the language will really help you!”

Anna Baldwin: teacher at the European International School, and a coach at Crossfit

Palmerston North-born Anna Baldwin came to Vietnam in 2019, with her husband and their dog. It was her first time in Southeast Asia, and she instantly fell in love with the “sensory overload” from the smells, noises, scooters, and extremely fast pace of life.

It is actually relatively easy and fun for expats in Saigon, who can find it hard to live abroad.

While her colleagues feel like family and parents are heavily involved very much in the life of the school, it’s not just all about work but the great community and social scene here. “It felt like working in a small town back in New Zealand but unbelievably, in such a big city!” she said.

Despite the tough lockdowns which lasted for months, Baldwin was still able to maintain good mental and physical health, thanks to the active online classes with her four and five-year-old students, along with Friday night drinks and quizzes with her colleagues. Outside the lockdowns, they were able to see a different Vietnam, completely crowd- and tourist-free.

It was also a bit of a blessing to her. Like many others, it gave her time to reflect on her goals and next plans. “I am at a point where I want to utilize all this experience into making a wider-reaching impact within the education and development sector,” she said. 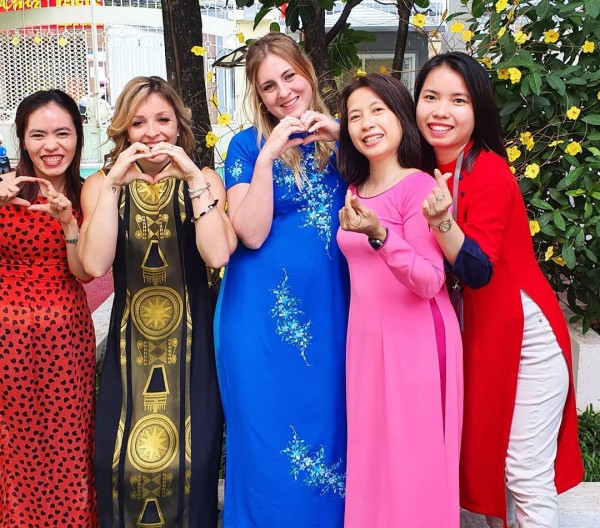 Her next move is into the NGO field, courtesy of a new job opportunity in the UK which will see her leave Vietnam, but never forget her special time here. “There are so many things, like Phở, rice wine, Karaoke, coffee, bia hơi (draught beer), beaches, caves, etc., I am going to miss so much about this welcoming and warm country that has kept us safe during the crazy Covid time.”

“So many memories and adventures have been made over the last three years, but always the hardest part of the expat life is the people you have to leave behind, and that is especially true of the friendships we have made here in Vietnam,” she said. 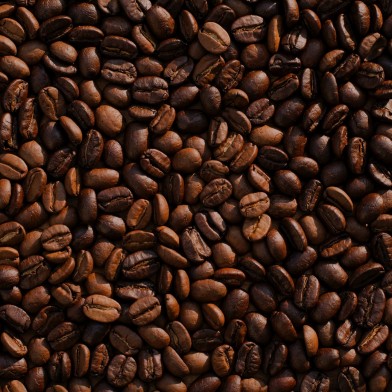 Features
Vietnam'sbestcoffee
Vietnamese coffee has gained its reputation over the years for its strong flavour. What's its secret? Local journalist Nguyễn Lệ Diễm reveals all. More >
by Nguyễn Lệ Diễm 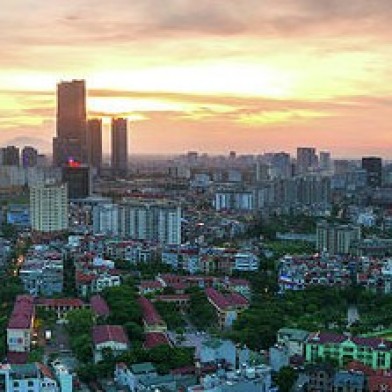 Features
Vietnam'sPandemic
What actually happened in Vietnam amid the Delta variant wave? How was a country that crushed the COVID-19 pandemic in the previous three waves brought to its k More >
by Linh Thùy Trương 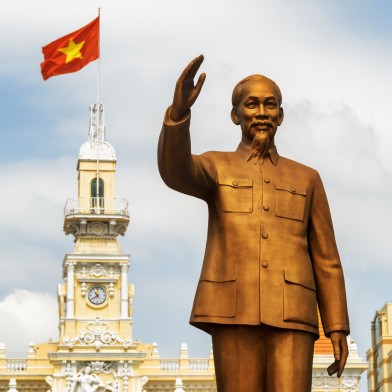