Radio New Zealand journalist Gill Bonnett was selected to take part in the East-West Center’s 2019 Jefferson Fellowships, which had the theme “Migration Policy and Public Sentiment" and saw her travel to Hawaii, South Korea, the Philippines and Australia.

OPINION: Immigration is completely fascinating to me, so being told I could spend three weeks learning about it, talking about it, and meeting policymakers and immigrants was beyond exciting.

The first stop was Hawaii to the East-West Center, where we got an overview of American politics and immigration and refugee policy. Given the theme encompassed the rise in populist, nativist and anti-immigrant sentiment, it was illuminating to delve into recent developments, such as the proposed wall at the Mexican border and the Muslim ban, but also America’s historically generous (at times) policies towards immigrants. A highlight here was meeting refugees and immigrants at a social enterprise and a citizenship ceremony.

Next was South Korea, where speakers talked about why Koreans emigrate for their children’s education, how North Koreans escape to the south and how well they settle, and the two countries’ desire for reunification. Walls bearing messages from North and South Koreans near the DMZ.

Particularly interesting was learning about the difficulties that monocultural countries, such as Korea and Japan, face in opening up to and adapting to immigration as their society ages.

Korea was a real eye-opener for me, as was the Philippines, our next stop. The immigration issues there are of another order. Having 10 per cent of its population working overseas has brought financial benefits but social problems, and even the economic benefits have not boosted the Philippines as a whole. Social problems have included family separation, human trafficking and worker exploitation. Filipino workers in New Zealand are not immune to those.

Our final stop was Sydney, which was just about to go to the polls in what was an unusually quiet election as far as immigration issues were concerned.

Australia in election mode is an exciting place to be from a media point of view. We explored the role media plays in influencing public sentiment in immigration debates, and how economic-focused immigration policies there and elsewhere are taking over from what used to be family-orientated ones.

Speakers included refugees with harrowing stories of escapes from persecution, separation from families and building a new life. Australia is a country with a fascinating history of immigration and welcoming of refugees, which contrasts sharply with its antipathy towards asylum seekers arriving by boat and recent moves to cut immigration. This Australian school has become an educational hub for refugee families.

It had been a few weeks since the mosque attacks in Christchurch, and there was discussion throughout our trip about whether the shootings had resulted in reflections on how extreme-right and anti-Islamic sentiment had got a foothold in some countries’ politics. Wherever we went, people would mention Christchurch, and ask me to pass on their condolences to other New Zealanders. Muslims described how our country’s reaction to the tragedy was helping to heal deep wounds.

But interestingly from a New Zealand perspective is how countries whose policies are viewed as being anti-migrant or anti-refugee in the current climate — such as America and Australia — are in some ways more generous than our own.

Appealing to nativist voters and making immigration policy a centrepiece of election campaigns has had global implications: people everywhere have reacted to pictures and stories of refugees crossing the Mediterranean in unseaworthy boats, have seen the immigrants arriving at border towns from South America, and heard the staunch language used to describe them.

A world away from precarious refugee journeys, global immigration is big business — almost 30 per cent of New Zealand and Australia’s population was not born in those countries. Work visas, residence, international students — the skills and economic needs of first-world countries and the financial and family needs of those people who move for a better life to fill those demands are dependent but not always in sync.

I learned to appreciate the deeper complexities of modern immigration, how culture affects how we view it — and how we all have a responsibility as journalists for covering it in a fair and balanced way, taking care to report on the real newsmakers in most immigration stories: the immigrants themselves.

Gill Bonnett's participation in the 2019 Jefferson Fellowships programme was funded by the Asia New Zealand Foundation. 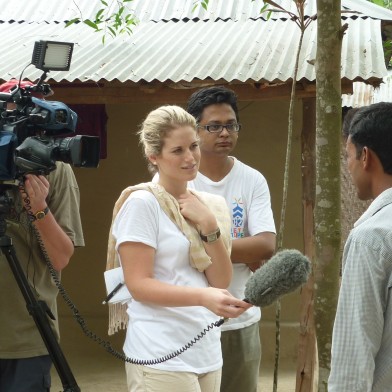 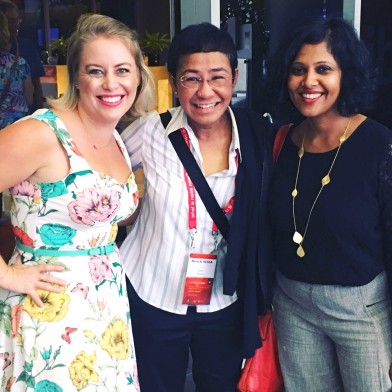 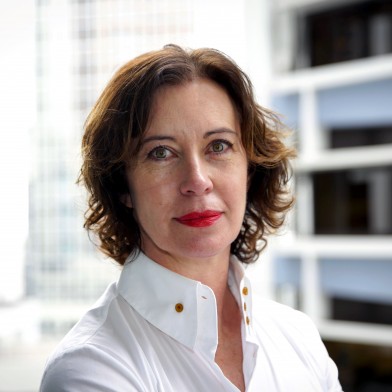