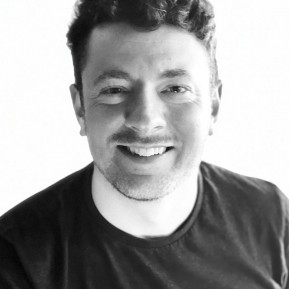 Protests, police, and the pandemic, it has been quite a turbulent 18-month period for Hong Kong. Last year, the former British colony was rocked by nearly seven consecutive months of anti-government demonstrations that saw thousands take to the streets against Beijing's growing control over the city. Then in June, a national security law was implemented by Beijing in their attempts to bring stability to the city.  Heavily criticised by some western nations, the law allows Beijing to bypass Hong Kong's own local laws and gives authorities the ability to arrest dissidents more easily. In the middle of Hong Kong's political woes, the world was rocked by the outbreak of the Covid pandemic - and the former British colony feared it would be hit hard.

But as Tommy Walker reports, despite the city’s non-stop issues, life still goes on for Hong Kong's 7.5 million residents.

While New Zealanders might be used to seeing street protests on TV and social media, for Hong Kong the politics have often taken second place to the pandemic. Hong Kong has enjoyed moderate success against the virus, with only 105 deaths from 5,337 infections. The city has passed its most challenging period to date after its "third wave" from July to August, which saw hundreds of new cases per day.

Virus prevention methods have been consistent with the vast majority of people wearing facemasks daily to battle against the spread of the virus. The government has announced it is mandatory to wear a facemask when entering terminals, boarding and while using public transport, and within indoor and outdoor public spaces. In a recent announcement, people in the city were told they can't even go to the gym without a mask.

But the stark memories of the SARS outbreak in 2003 means many residents are happy to wear masks in public, and the results speak for themselves.

Unlike other locations worldwide, Hong Kong has avoided a total lockdown, allowing some continuity of businesses and public services. A lockdown like that seen in New Zealand would be extremely difficult in Hong Kong, where millions of people live in shared housing.

Hundreds of thousands live in small, subdivided units, some without private toilets and others combining their kitchens, toilets, and sleeping places all in one room.

With the average apartment running at around fifty square metres, it’s not just the city’s poorest residents living in tiny spaces.

Restaurants and bars have gone through many changes in efforts to curb the spread of the virus, and currently, there is a 75 percent capacity limit, with six people per table and a closing time of 2am.

So it's not surprising to see hospitality venues nearly full right now, especially on weekends.

And hotels, shopping malls, and markets s have largely remained open, but with a huge drop in international visitors in the city, crowds are evidently less.

Schools appear to have been affected the most, as on-site teaching has been limited since February.

The annual summer holidays added to the time students were away from attending classes, but currently, schools are open again and being well-attended.

For public transport, it's also pretty much business as usual, despite the large crowds during business hours on Hong Kong's MTR rail service. Restrictions on public facilities like beaches and sports grounds have recently been relaxed, and Hong Kong's outer islands and parks haven't been affected.

Social distancing measures are still in place throughout the city as currently only groups of four are allowed to gather.

The social distancing measures have played their part in the decreased numbers of anti-government protests in recent months,  with Hong Kong police moving quickly to stifling any group gatherings that could lead to protest.

For Australian expat Nick, Hong Kong is “as normal as it can be" during a global epidemic.

“The two things that changed during the protests were the atmosphere around the city and the fear and inconvenience of going to places during crowd trouble. Neither of these are noticeable anymore”, he said.

Hong Kong has always been heavily reliant on international trade and investment. With the economy in a dire situation due to the pandemic, international borders have been closed since March. Tourism has dropped by a record 99 percent year-on-year, leaving the city's economy reeling.

But in October, there was some positive news with the announcement that the world’s first ‘travel bubble’ is to open between Hong Kong and Singapore.

By the end of November, travel between the two is set to commence, without any quarantine period required. With the issues Hong Kong has faced recently, that's some seriously good news.

But it’s been no secret that since last year’s protests, many residents are still looking to leave the city. When Beijing’s national security law on Hong Kong was announced in June, the United Kingdom quickly offered a route for British Nationals Overseas (BNO) holders to migrate, with approximately 3 million Hong Kong residents eligible. It's been estimated around 200,000 were considering taking up the offer.

Hong Kongers are also reportedly looking at destinations such as Canada, Australia, New Zealand, and Taiwan as alternatives.

It's not a surprise that the mental health of the city has slid to a record low in 2020.

In response to the political strains the city has faced in 2020, one Hong Kong resident, Shirley, admitted some days she just wants to “pack up and get out of the city".

“Lot’s of us have been suffering mentally and physically and I’m no exception.

My partner and I have been having conversations about leaving Hong Kong," she said.

But at least from a functioning perspective, Hong Kong is currently experiencing some level of ‘normality’.

New cases of the coronavirus are low, and many businesses continue to operate. Whatever happens politically, the priority will always be to restore and continue with business and commerce.

But many agree that Hong Kong will never be the same as it once was, before the pandemic, and the protests. Hong Kong will bounce back economically, but many regard the attractive standard of living as papering over the cracks caused by the ongoing social and political issues in the city. 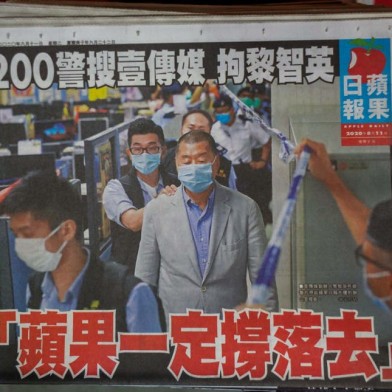 News
HongKong'scrackdown2020
China continues to chase its critics in Hong Kong, as a chaotic year comes to an end. More >
by Tommy Walker 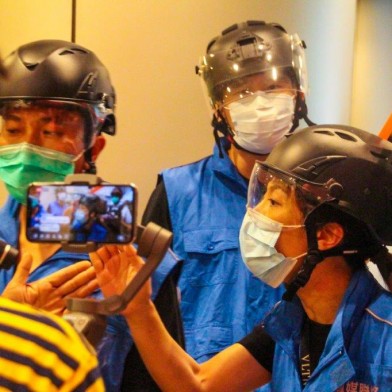 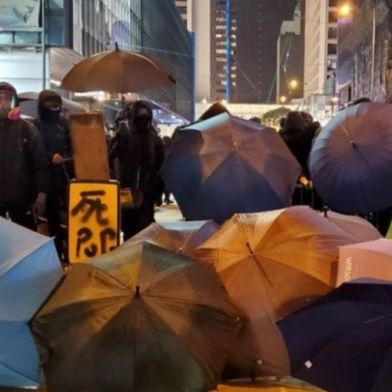 Features
HongKong:Ahistoryoftension
As tensions in Hong Kong continue to simmer,  the annual vigil to commemorate the victims of the Tiananmen Square protests in 1989 has been cancelled by the Hon More >
by Bob Gregory