Hong Kong hasn’t been out of the international headlines since June 2019, as calls for further democracy prompted millions taking to the streets, changing the history of the city forever. But the biggest change came for Hong Kong within the last week. Hong Kong’s new national security law, imposed upon them by Beijing, is now in force.

Critics say it strips away Hong Kong's freedoms, while Beijing maintains the new regime is to protect national security. Hong Kong Chief Executive, Carrie Lam, says the new law is "relatively mild", and has warned "radicals ... not to challenge the law, or the consequences would be serious."

But whatever the justification, a new era for Hong Kong has begun.  Journalist Tommy Walker reports from the streets of Hong Kong.

A now-withdrawn sole extradition bill was tabled last year that would have seen some Hong Kong residents facing criminal charges, extradited to Mainland China for trial. The bill was removed, but this sparked widespread protests, with calls for further more demands.

Now, Beijing wants to be sure this never happens again. 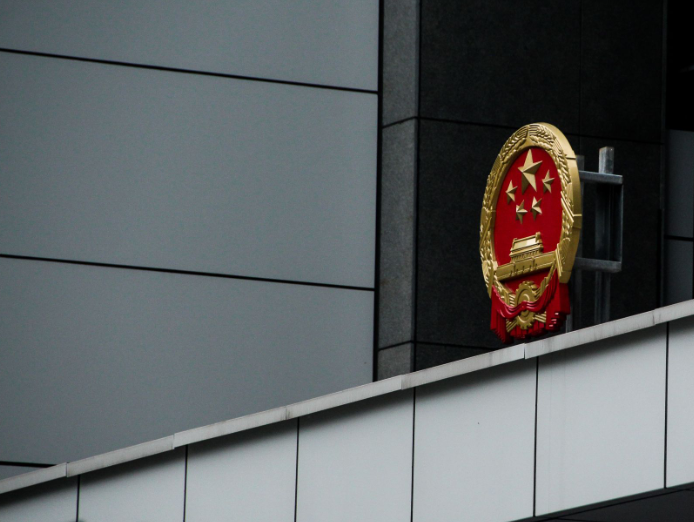 As of the 30th June 2020, the national security law came into effect. The four key features of the bill are secession, subversion, terrorism and foreign interference.

The new law prohibits inciting hatred against China’s central government, whilst damage to public transport can be deemed as terrorism.

Furthermore, some court cases may not require a public jury, whilst judges can be appointed by Hong Kong’s pro-Beijing Chief Executive.

There will also be a new national security office located in the city, led by Beijing.

The new laws also give more power to the Hong Kong police.

The force will be given more licence to search private properties without a warrant, restrict a suspects travel movements, freeze assets, intercept communications and require Internet providers to remove online information that threatens national security.

Such measures would have been unheard of just over a week ago in the city, and the change is a substantial one.

Another startling detail of the new law is "Article 38", which forbids non-residents of Hong Kong breaking the law, even whilst they’re not in the city.

That means if you’ve "incited hatred" towards China’s government since the 30th June, even whilst you’re in New Zealand, you could have technically broken Hong Kong’s national security law.

Hours after the details of the law became public, thousands of demonstrators gathered on the streets. Coinciding with the 23rd anniversary since the handover from Britain in 1997, protests were always expected.

Encouraged by activists and pro-democracy groups, protesters gathered and marched peacefully in the shopping and leisure area of Causeway Bay. With social distancing laws still in place for COVID19 - with a maximum of 50 people allowed to gather - the Hong Kong police surrounded the numbers early.

At first, cordon lines were strung up to limit areas protesters could march, but all this did was re-direct the growing numbers. 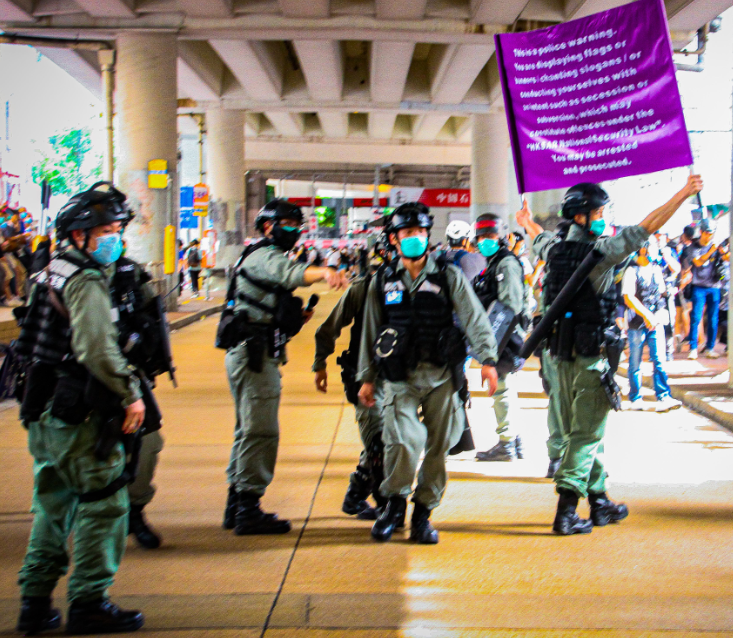 Soon after, arguments ensued, as activist Lee Cheuk-Yan addressed the crowds. Police soon intervened, pulling Cheuk-Yan down, as a flurry of press moved in for a close-up. The police then used pepper spray to fend off the media. The tone was set for the day.

Inevitably, as we’ve seen countless times over the previous 13-months, roadblocks were built and chaotic games of cat-and-mouse ensued.

Police added pepper balls, water cannons and even tear gas to their weaponry choice of the day.

In total, 370 arrests were made, ten of which violating the national security law.

One of those ten arrested was a man who rode a motorcycle, towards police. He became the first to be charged under the new law, facing secession and terrorism charges. 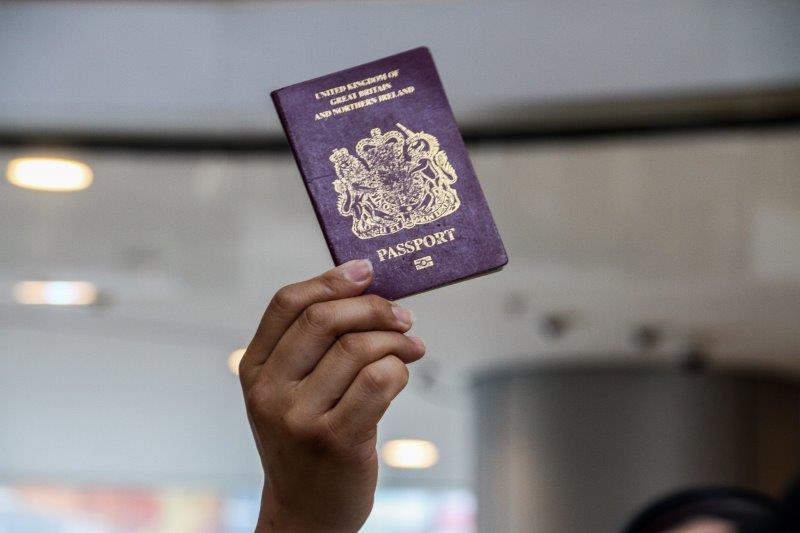 Remarkably, on the same day as the protests on July 1st, the U.K confirmed they were opening the door to all British National Overseas passport (BNO) holders to seek citizenship in the Kingdom, with 3 million people eligible to make the move.

Beijing responded angrily, with an announcement the UK would "bear all consequences" for the offer.

China’s ambassador to the UK, Liu Xiaoming, also said any move to grant residency to BNO holders would be a violation of agreements between the two countries.

"All Chinese compatriots residing in Hong Kong are Chinese nationals, whether or not they are holders of the British dependent territories citizens passport or the BNO ”, he said.

“If the British side makes unilateral changes to the relevant practice, it will breach its own position and pledges as well as international law.

“We firmly oppose this and reserve the right to take corresponding measures.”

Days later, Nathan Law decided to flee Hong Kong for his own safety and continue supporting Hong Kong as an international voice. After speaking with the US Congress via video link, Law left, knowing that act alone could have put him in direct violation with the new security law, under the charge of ‘foreign collusion.’

“I have already left Hong Kong and continue the advocacy work on the international level,” he said, but declined to reveal his current whereabouts.

But on the 6th July, Chow shocked the city when she admitted to two charges against her, including inciting an unauthorised assembly at a Hong Kong police station in June 2019.

Chow is due back in court next month , and faces up to seven years behind bars.

Meanwhile , protests have continued to go ahead on a diminished scale, and with small changes.

‘Liberate Hong Kong, Revolution of our Times’ - a slogan for the pro-democracy movement - is now banned under the new law. Protesters, who have demonstrated inside shopping malls across the city, have changed the wording.

Banners have also been changed - white placards with no text are the new symbol of the pro-democracy movement. Pro-democracy books in Hong Kong libraries have been removed to see whether they violate the new national security law., and schools have been told to also review their own materials for the same reason.

At least nine books have become unavailable or marked as "under review", including books authored or co-authored by pro-democracy advocates Joshua Wong, and politician Tanya Chan.

Hong Kong is under new restrictions now and under the watchful eye of Beijing.

But the city won’t change quietly. Hong Kong is based on international values, influence and investment, without that, the city would not be what it is.

Reassurances will be needed for Hong Kong to again be a worldwide attraction as it was pre-2019, and that will undoubtedly take time.

Locally, despite the new laws in place, protests will continue on a small scale whilst the pro-democracy movement will likely go further underground.

For Hong Kong residents, the city has taken undergone a change, and just like 1997, it makes for anxious times ahead.