November 1 marks the 66th anniversary of the start of the Vietnam War, the struggle dubbed "The American War" by the  Vietnamese people. Robert Bociaga takes a look at the developing and enduring relationship between the old adversaries in Washington and Hanoi.

The death toll from the Vietnam war conflict has been estimated up to 3.8 million, and the aftermath left deep scars on the fabric of two societies, with many initially predicting an ongoing hostile relationship between the old enemies.

Yet, the opposite has happened,  proving that “Nothing is impossible in United States– Vietnam relations,” a suggestion by Pete Peterson, former prisoner of war and the first U.S. ambassador to postwar Vietnam.

Today, Vietnam and USA are strong partners in both business and regional security.

Vietnam’s extraordinary GDP growth is linked to the U.S. decision to grant the country "Permanent Normal Trade Relations" status, enabling it to access the World Trade Organization, and enjoy a surge in foreign direct investment.

Many suggest that Vietnam’s economic boom has directed its people’s focus towards the future rather than the past.

Also, China’s more strident policy in the South China Sea has pushed Vietnam and the U.S. to work together more closely on defence issues.

Author Ted Osius has embraced Peterson’s message, using “Nothing is Impossible” as the title of his new book, in which he explains the process of reconciliation from the American perspective.

Osius was among the first U.S. diplomats to work in Vietnam following the war, and helped with the establishment of the US consulate in Ho Chi Minh City.

“John Kerry and John McCain coming from opposite political camps were no friends,” he mentions. “But it happened that one time in February 1991, they sat across each other on the airplane as a part of congressional delegation and talked about their very different experiences from the war”.

“This guided them in the same direction", he says.  “It was time for everyone to reconcile”.

However since then, while relations have improved significantly, some issues such as the legacy of Agent Orange (AO) and relations with former refugees, remain a potential bone of contention.

AO, a herbicide causing major health problems to exposed individuals and their children, was sprayed from US helicopters in huge amounts, in an attempt to kill large areas of jungle where North Vietnamese forces took shelter.

Vietnamese plaintiffs filed several lawsuits against the manufacturers of AO, but U.S. courts dismissed the claims, deeming the U.S. not to be in violation of international law, as this sort of chemical was not at the time considered a chemical weapon.

Despite this, recently, without admitting liability, the U.S. has provided US$116 million for mitigation in certain parts of the country. 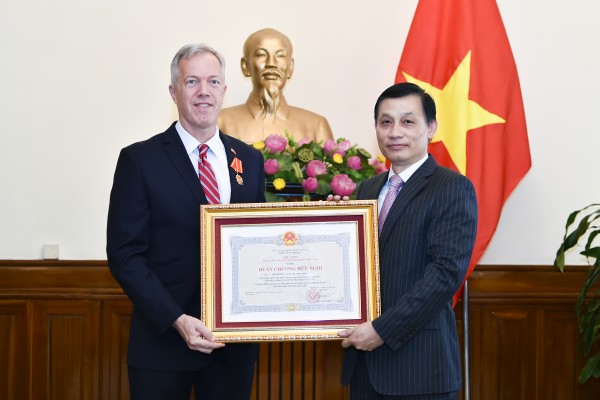 In reality, much of the attention has shifted away from the impacts of the war to embracing tourism as a form of advancing mutual interests.

It paid off – before the pandemic, Vietnam constituted one of the top travel destinations for Americans, bringing sizeable amounts of foreign currency to its economy. Yet, many South Vietnamese refugees who fled to the U.S. following the end of the war, still feel resentment against the communist regime, putting additional obstacles in the path to reconciliation.

Nguyễn Phan Quế Mai, the author of “The Mountains Sing” argues in her author essay that indeed “tremendous progress has been made in terms of reconciliation between Vietnam and the United States, but the wounds that divided our country and families, both at home and in the diaspora, remain profound and painful”.

“We want Vietnam to succeed, by trying new policies. These people have so far done nothing good besides stirring controversies at any opportunity,” comments Ngyuen Tam, a 27-year-old Hanoi student. He is one of many displeased Vietnamese people, observing the actions of the diaspora.

For him, calling for a US boycott of products made in Vietnam, as well as the destruction of the national flag reveal the hardships of the reconciliation process.

The conflicting narratives have continued to divide the people of the North and the South.

But other Vietnamese people still have difficulties in agreeing on what they actually participated in. The North believed that they were defending the country against the invading Americans, and were liberating the South, while many people from the South are convinced that it was a civil war in which the North took control of the South.

Yet, following the war, people associated with the South Vietnamese government were sent to re-education camps or forced to resettle in so-called ‘new economic zones’, undermining the cause of national reconciliation.

Many point out that reconciliation could not happen because the ruling Communist Party keeps tight control over the media.

Indifference to Ted Osius’ account of history which he partially helped to shape, Nguyễn Phan Quế Mai places the Vietnamese people at the centre of the war and post-war events, hoping that “we will open to difficult but necessary conversations that can help one another heal”.

“My family had moved from the north to the south of Vietnam,” she says. “It was just a few years after the war, and despite the country’s unification, the north-south tension ran strong.”

She hopes that her story will “help international readers discover our common humanity”.

“If people were willing to read each other, and see the lights of other cultures, there would be no war on earth,” Nguyễn Phan Quế Mai concludes, with the words she put in the mouth of one of the book’s characters.

Many observers will agree that in the case of the Vietnam War, the reconciliation has become a cross-border task weighed down by complexity on both sides. It extends beyond the realms of memory, culture and migration, provoking inward reflections on trauma and empathy. 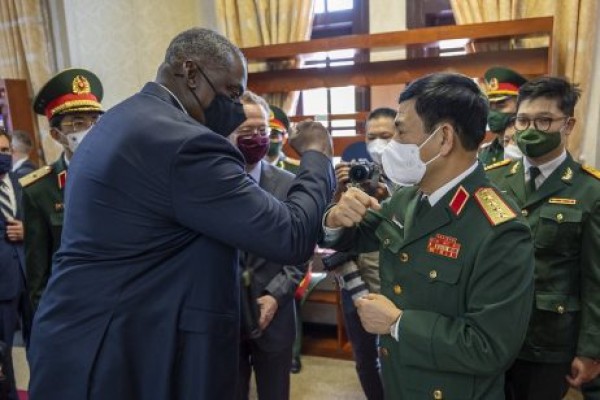 We can argue, however, that there are still some additional routes for the U.S. to use going forward – clearing the unexploded ordinance across the country,  extending the health and disabilities programs for the affected, and leading a direct dialogue with the victims.

Ted Osius notes that “[i]n order to build on the momentum in U.S.-Vietnam relations, both nations must work together to overcome challenges in a way that builds trust”.

Recent visits to Vietnam by Defence Secretary Lloyd Austin, and Vice President Kamala Harris, as well as a reciprocal visit to Washington by Vietnamese leader Nguyen Xian Phuc show two nations working on cooperation into the future, rather than harking back to a difficult past. 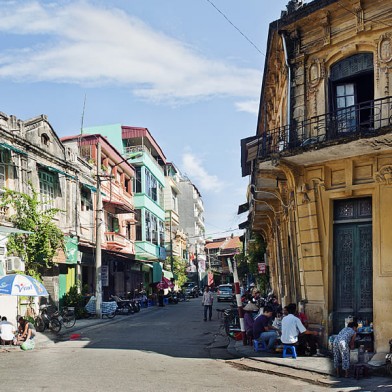 Opinion
Vietnam:DoiMoiDelivers
One of the few countries in Asia to record positive economic growth in 2020, Vietnam continues to develop into a new Asian Tiger. More >
by Murat Ungor 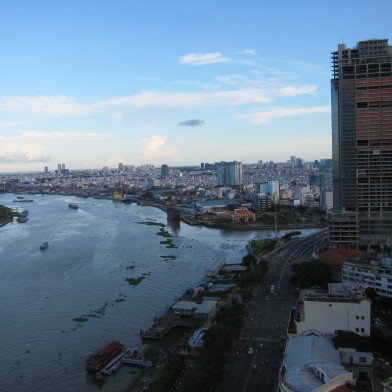 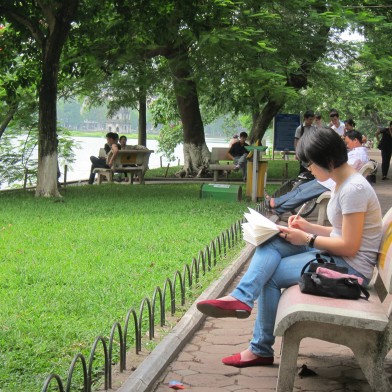