Thailand's “netizens” – that is, internet citizen activists – have combined their efforts in a hunt for sculptures and antiquities in international museums and auction catalogues. Finding the matching missing art pieces has provoked many enthusiasts to cry out for repatriation to their original homes. Protests beyond social media platforms were organised to raise awareness and press for the investigation. Robert Bociaga investigates. 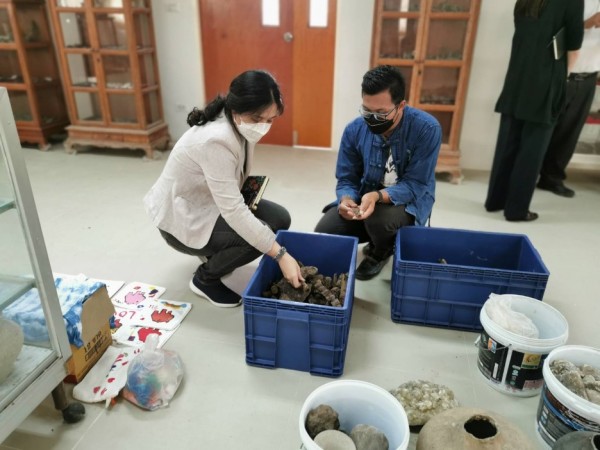 Phacha at a workshop at a local museum aimed at promoting creative industries and preventing looting | Photo: Supplied)

“Archaeology and history are no longer subjects catering to the urban dwellers and the upper class in Bangkok,” says  Dr. Phacharaphorn Phanomvan (Phacha), an economic historian, archaeologist and heritage scholar. “Netizens are using social media to share photos, exchange information about objects and their whereabouts, and track down additional material.”

This perhaps first occurred in 2016, at a Sotheby's auction featuring a photograph and description of a Prakhon Chai bronze sculpture surfaced. Facebook became a vital forum for exchanging academic ideas. Since then, the movement has fostered heritage activism, but later it hit its glass ceiling.

Phacha’s interest in art restitution began while working on sites across Thailand, Myanmar, and Malaysia. In her view, “many sites are neglected and heavily looted even though they have great potential for conservation and restoration.”

Southeast Asian countries suffered an unprecedented loss of cultural heritage over the past 150 years, in part through colonial appropriation, looting, and illicit trafficking, resulting in extensive collections of archaeological and art objects now located across the world in museums and private collections.

Luckily, in Thailand there is a rise in movements demanding heritage preservation such as SSO, allowing the art restitution movement gain more publicity.

SSO (short for Sam Nuk Sam Roi Long which means “reminiscing the 300 divinities”) is the group made up of independent academics, archaeologists, and local activists interested in heritage in the Korat Plateau in the north-eastern Thai region of Isan. Their leaders conduct fieldwork in Prakhon Chai District (which is part of Thailand's UNESCO heritage listing plan).

Yet, although social media has shifted the informal processes and public narrative of art repatriation, the governments still control the formal repatriation process.

Today, “SSO is coordinating with the US Homeland Security office,” describes Phacha. “All the restitution paperwork is actually part of the US government… the Thai government has not done much, aside from facilitating the return”.

Believed to be one of the largest criminal businesses in the world, the trade in looted antiquities involves villagers, thieves, and small dealers at the local stage before the items reach action houses and collectors across the developed world.

UNESCO reports that the illicit trade in cultural goods – of which antiquities trafficking is a part – is worth US$10 billion a year. 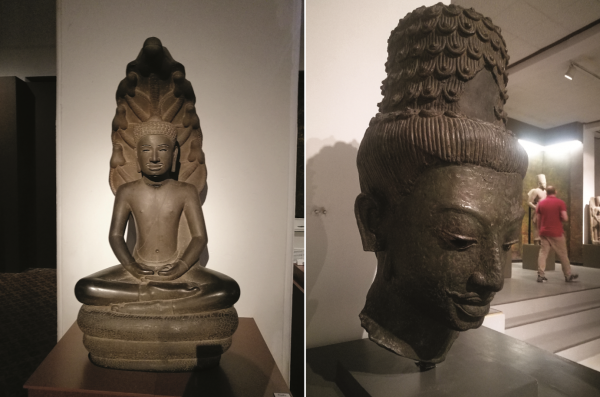 For Phacha, “the looted material are a reminder of post-war colonial path dependencies and disruptive economic development.”

This opinion resonates with Ian Glover, the Emeritus Reader in Southeast Asian Archaeology at the University College London. “The solution ultimately lies in the hands of the customer, or collector,” he writes in his paper. “As long as objects are being bought without indication of provenance, they will continue to be offered that way”.

In the past, Thai villagers could be easily tricked into excavating and selling the artifacts at a fraction of the value fetched at the international markets. As an experienced researcher who conducted many on-the-ground studies, Glover also recalls seeing in the Western Thailand “teams of illegal diggers washing and sieving small finds with water jets to recover beads of gold and glass.”

But now, the former looters have changed their attitude toward local heritage and are now working with SSO.

According to Phacha, all comes down to the Thai superstitions. “The looters believe their lives have been cursed. They associate all their failures, bankruptcies, untimely deaths, and poor health with the looting.”

“The looters are now over 80 years old, but… they want the objects returned and worshipped in their rightful places,” she says.

However, in the times of the pandemic, the restitution has been stalled although the problems with scaling the movement started even before.

“On the other hand, sales of looted and illegally excavated materials are now more dependent on social media. Most companies like Facebook have a mechanism to prevent sales of illicit materials but often only in English, and it requires a lot of reporting by users,” Phacha explains.

In her opinion, open access to information does not only empower professionals like herself but also increases visibility for amateur archaeologists, and hobbyists, turning antiquity and trade networks into beneficiaries of this extensive social media and internet access. 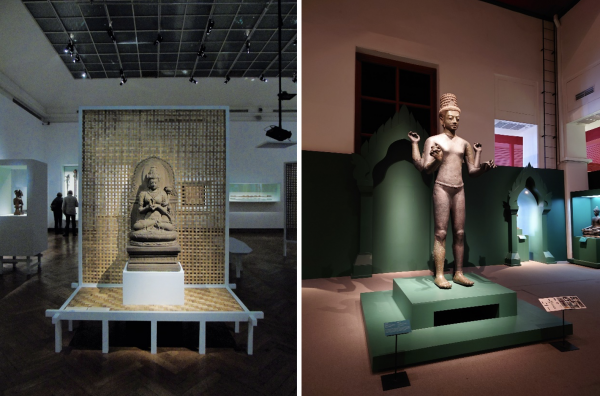 (Left) Prajnaparamita statue in the Ancestors and Ritual exhibition, 2017 Europalia Arts Festival. The statue was displayed on a plinth to enable visitors to appreciate its status as a masterpiece| Photo: Daud Aris Tanudirjo.   (Right) The National Museum Office has 3D printed and restored one of the larger sculptures | Photo: Phacha

But there are downsides to this phenomenon. The hobby looters also follow academic content online and run their own social media groups to discuss the findings. “It is potentially more damaging towards archaeological sites due to looting for smaller materials,” Phacha argues. In the recently published book “Returning Southeast Asia's Past”, together with other co-authors, she took a closer look at repatriations across the region.

So, how can the looting be prevented?

Embracing artifact restitution by former looters and local communities is a good indicator of changing trends and sentiments.

“One strategy being used is to develop small museums that offer tours — some led by students and schoolchildren — that teach the community the long-term value of preserving or carefully excavating and recording the location of antiquities,” explains Glover.

Thailand has officially joined the global repatriation movement, both at national and regional level. Yet, it remains to be seen how social media will impact interactions with the antiquities market in the long-term.

At least, Phacha reveals, 2022 is expected to see more artifacts resituated back to the country. 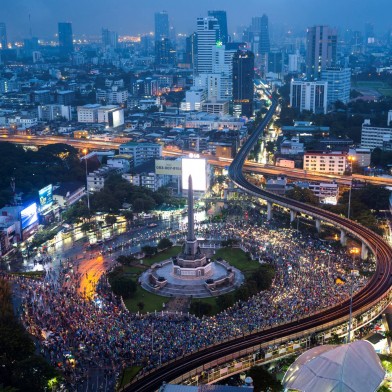 Opinion & Analysis
ANewBrainDrainforThailand?
Young Thais are looking offshore for a new life as problems pile up at home More >
by Purawich Watanasukh