You’d think a sauna would be relaxing.

Not so if you’re on the Black Sticks hockey team and want to prepare for the Olympics.

COVID or no, hockey player George Muir has been training with the Japan summer heat in mind, which means heat chambers, heat testing – and sometimes a sauna after practice.

“At the Olympics it will be 10 o'clock, 12 o'clock games, so you're right in the middle of the day. We're gonna get a lot of heat training from now until then,” he said. George Muir, left, in Japan. As part of the Black Stick's scouting for the Tokyo Olympics, the team took part in some Japanese cultural activities.

Like most athletes around the world, the COVID pandemic has thrown a spanner into the works for Muir – after all, in July this year, he was meant to be on the turf in Tokyo.

But in the fallout of COVID, Muir found himself – like so many other athletes – with his plans up in the air and a scramble to readjust his sporting life around the pandemic. Instead of the heat of Tokyo, he found himself back in Auckland in time for New Zealand's winter.

“[The Black Sticks] are still training together and we have some domestic competition but it's not so much of a time commitment."

Everything was a “little bit uncertain”, he said, but the team was still planning for the Olympics next year.

Muir was 19 when he first joined the Black Sticks in 2013. He made his debut in Auckland against Korea and since then, Muir has played more than 130 games for the national team. Muir has played for the Black Sticks since 2013.

“The highlight being the [2018] Commonwealth Games silver medal. That's the biggest highlight for sure,” he said.

The Black Sticks sealed their 2020 Olympics qualification in November last year, when they faced off against Korea in New Plymouth.

But even before their selection was a done deal, the team had already started preparing for games in Tokyo, and especially for the heat. In humid summer days during July and August, Tokyo can reach up to 35 degrees Celsius.

“We went to Japan in 2018 as a first look at Japan being the Olympic venue and also in preparation for the World Cup in India,” Muir said, “It was a chance to play in a warmer climate and test ourselves in Asia.” Members of the Black Sticks from their trip to Japan.

In 2019, Muir headed back to Japan, to Tokyo, for the Ready Steady test series – a series where the host nation invites teams to compete, but also to test the host’s facilities and systems for bigger events.

“I knew it'd be hot but I wasn't fully prepared for it to be so, so hot,” Muir said.

“We've played in Malaysia and other hot climates, but I think the different thing is in Japan, we'll be playing at all times of the day. Usually when we play in hot climates, it's evenings and maybe a four o'clock game would be the earliest.” Muir playing for the Black Sticks.

Pre-COVID, there were plans for the team to head to a training camp in Malaysia or South Korea, where temperatures were higher than New Zealand. More recently, the team has been through a series of heat testing, where the athletes enter a specialised heat chamber and push themselves to test their limits and adjust to harsher conditions.

“What we’ve done sometimes is we go from hockey training straight into a sauna and spend half an hour there to help with the heat acclimation,” Muir said.

With the Olympics now further out on the horizon, Muir is able to take time to focus on his career as a law clerk and is keeping up the competitive side of hockey via a domestic competition organised by Hockey New Zealand. 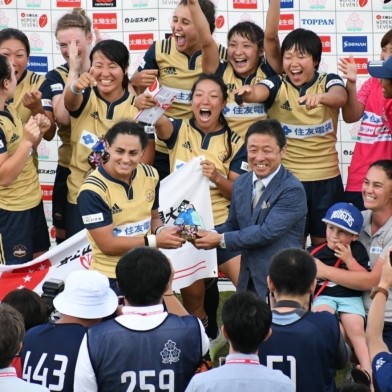 News
AKiwigolferonbreakingintoChina
Kiwi pro-golfer Kieran Muir sits down with the AMC to talk about his successes, golfing in China, and the impact of COVID-19 on the game. More >
by