Millions, perhaps even hundreds of millions, of people in Asia are playing Kiwi-made video games.

Stephen Knightly, New Zealand Game Developers Association (NZGDA) board member and COO of game studio Rocketwerkz, is certain of it.

“Ninety-six percent of our money comes from offshore.”

“And just our customers, our audiences, our players - a third to 40 percent of that is now from Asia.”

For a local gaming industry predicted to be worth $1 billion in 2024, making games for that overseas audience is where the money lies.

Asia is a key market and developers are quickly learning how to make games for an Asian audience, and how to work within the region. Upper Hutt game studio A44, which made Ashen (pictured), has become one of New Zealand's more prominent studios. Photo: A44/igdb.com

But there’s also some back and forth in that relationship – as New Zealand developers invest in learning about Asia, Asia – and particularly China – are investing in New Zealand game studios.

Knightly said three out of New Zealand’s top 10 game studios were partially or mostly owned by Chinese companies, with the internet firm Tencent one of the most prolific.

In 2018, Tencent bought a majority stake in Auckland’s Grinding Gear Games for more than $100 million. The firm is also a 40 percent stakeholder in studios such as Dunedin-founded Rocketwerkz.

Outside of Tencent, NetEase, another Chinese internet firm (which also owns a number of pig farms) invested in Wellington studio A44. Based in Upper Hutt, A44 is best known for their work creating the game Ashen.

The value of video games has only become more apparent during the pandemic, as globally, countries entered their own versions of lockdown.

“Audience numbers have boomed,” Knightly said, “Globally, digital game sales in April were the highest that they've ever been."

And while New Zealand game developers may have seen a boom in gamer numbers, the reality is that Kiwi-made games don’t get the same attention here as they do from an overseas audience. The New Zealand gaming industry is predicted to be worth $1billion in 2024. Photo: Photo by Fredrick Tendong on Unsplash

Knightly said since the majority of the industry’s revenues come from offshore, there was “no economic incentive for us to target New Zealand”.

Not only does New Zealand have a much smaller market, some game developers have recently raised debates over a lack of government support for the gaming industry, especially when compared to funding and support other artistic industries, such as film, receive.

“So, there’s the investment part, which is great,” Knightly said, “But then I think it's fair to say there are the cultural influences, as simple as that. In particular, there’s a Japanese gaming culture, where games get developed in Japan and are translated into English, which do then influence others. There's almost like a genre and a style.”

There’s a particular type of game, known as a Japanese Role-Playing Game, or JRPG for short. The precise definition of what a JRPG is can vary wildly, but common elements can include game mechanics such as grinding, an anime art style, a large cast of characters in a narrative-driven game, and – surprising nobody – made by Japanese studios.

Developers learn to translate games across cultures and Knightly points to Grinding Gear Game’s Path of Exile – “probably the most successful video game in New Zealand” – as a quick example. 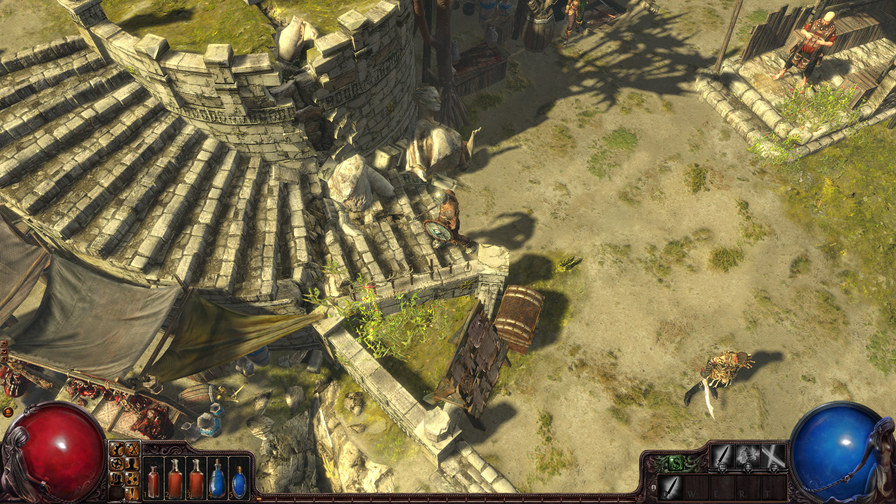 Path of Exile is a roleplaying game, based in a dark fantasy setting which sees players set off on quests and battle monsters.

“Back when [Grinding Gear Games] started off, they had skeletons in their game, which can be considered disrespectful to ancestors. So, they got a publisher in Asia who worked with them to remove some of the influences that are just not acceptable in some Asian cultures.”

To help break into those more lucrative markets, Knightly said some New Zealand gaming studios hire localisation specialists in-house, work with specialised agencies, or an Asian publisher to take on the responsibility of localising a game and addressing possible instances of cultural inappropriateness.

In some markets – namely China – getting a game published, whether it’s a mobile game, or other, requires a bit more jumping through hoops.

“In China, the games industry is heavily regulated, more so than other Asian countries."

Developers must go through a licensing and approval process with the State Administration of Press, Publication, Radio, Film and Television (SAPPRFT).

“We actually need to get a certificate to be able to officially publish a game in China. And their criteria, of course, are all about social good, social cohesion, health and wellbeing,” Knightly said, “And those boxes tick the government censor’s boxes quite well.”

Countries like China and Japan are powerhouses in the gaming world, but as the gaming industry grows in New Zealand, so do the connections to other countries.

“Of course, China always dominates a little bit, but we have some relationships - I'd say friends - in places like Singapore and also Vietnam.”

“Even just five years ago, we probably still would have been very Anglo-centric,” Knightly said, “So we, as an industry, have had to learn a lot more about working with Asia and developing for Asian audiences."