Late last year, 21-year-old Ethan Laby travelled to Ho Chi Minh City, Vietnam on an Asia New Zealand Foundation business grant to work with KPMG’s International Tax Team for three months. But his time in Vietnam was cut short by the COVID-19 pandemic and he arrived back in New Zealand in February 2020. Here, he recounts his time in Vietnam amidst a looming crisis – and also why he wants to travel back to the country as soon as he can.

When did you first become aware of the virus in Vietnam?

It was about a month after arriving in Vietnam. Through Vietnamese news agencies I followed on Facebook, I became aware of a virus in Wuhan, China causing a significant amount of people to become sick.

Perhaps rather ignorantly, I tagged my friend Keeley (who was on the same trip I was) in the post and jokingly said “I hope this doesn’t get us in Vietnam”.

It wasn’t clear at the beginning that COVID-19 caused people to become so unwell it could lead to death; no one was really taking it seriously.

In the following weeks it became clear how severe the situation was in China. I think it hit me most when they were building massive hospitals in record amounts of time. I was surprised that on all media outlets back in New Zealand, there wasn’t a single mention of this deadly virus within the first month of Asian media reporting on it. It only became ‘newsworthy’ in New Zealand when cases kept spreading.

Keeley and I had planned a two-week trip to Singapore and Malaysia during our time in Vietnam. As we began our trip, the airports were operating as ‘normal’ and there were no additional checks in place as COVID-19 cases were still isolated to China.

However, about halfway through our trip, whilst we were in Melacca, Malaysia, we first encountered virus-related panic on the streets.

We’d become used to checking the news every day at lunchtime to see if there were any cases in the city.

We went into a nice café for lunch one seemingly normal day, only to read breaking news that there were suspected cases in Melacca. We left the café two hours later, returning to panicked streets and a new normal of everyone wearing face masks.

Shop vendors rushed to sell masks on the streets, making the most of the news. In one day, it seemed Melacca had run out completely of masks and hand sanitiser. Signs reading “Out of stock of facemasks and sanitiser” plastered doors of pharmacies and shops. 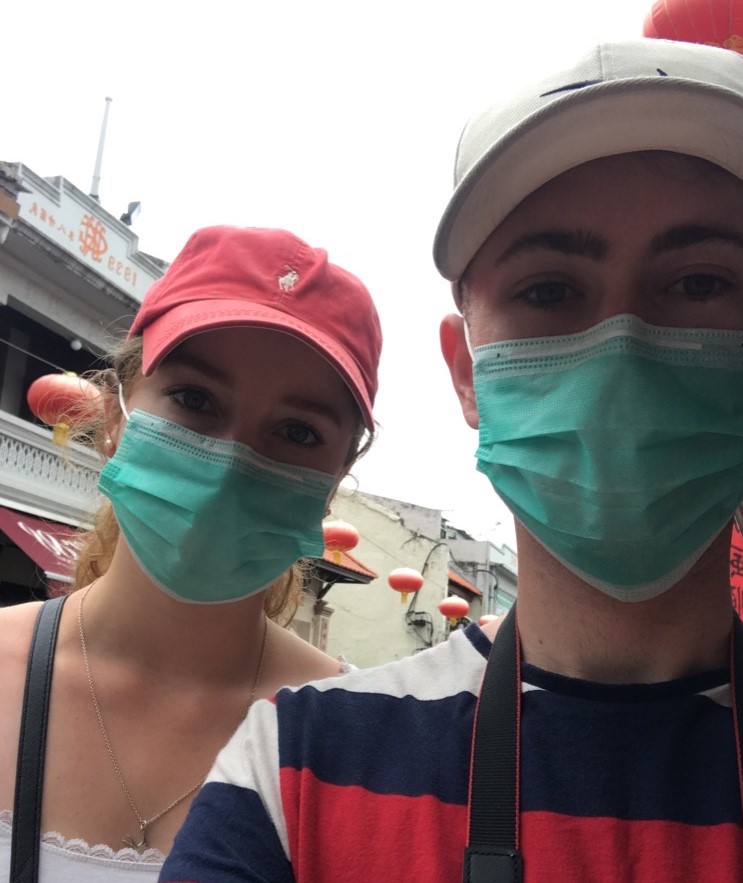 On a trip to Malaysia, Ethan first encountered panic around the virus. Photo: Ethan Laby.

Soon, the cities we were visiting began implementing stricter protocols around face masks and the likes. Upon returning to Vietnam, we wore face masks on the planes and in airports.

It’s crazy to think back now and see that in under two weeks, cities were transformed from open, where we could see happy faces, to an underlying fear that was evident as people covered up and stricter measures were put in place.

About a week after returning to Vietnam, we got a knock on the door from the police, a health officer, and one of the workers from the apartment complex demanding to see our passports.

I was quite afraid as you don’t question the police in Vietnam, but I showed them mine and they explained they were searching for people that had travelled to China in the past fortnight.

What was the response like from Vietnamese officials? How did your workmates and local friends react?

The response from Vietnamese officials was slow to start.

Eventually the government committed to building two hospitals designed specifically for COVID-19 so they started to take it very seriously.

The advice that was circulating was to wash your hands and use hand sanitiser. Most people wore face masks.

My friends took the situation seriously as we saw the pandemic develop. There was a fair amount of concern in the workplace and in the community about what to do and how to avoid getting COVID-19. 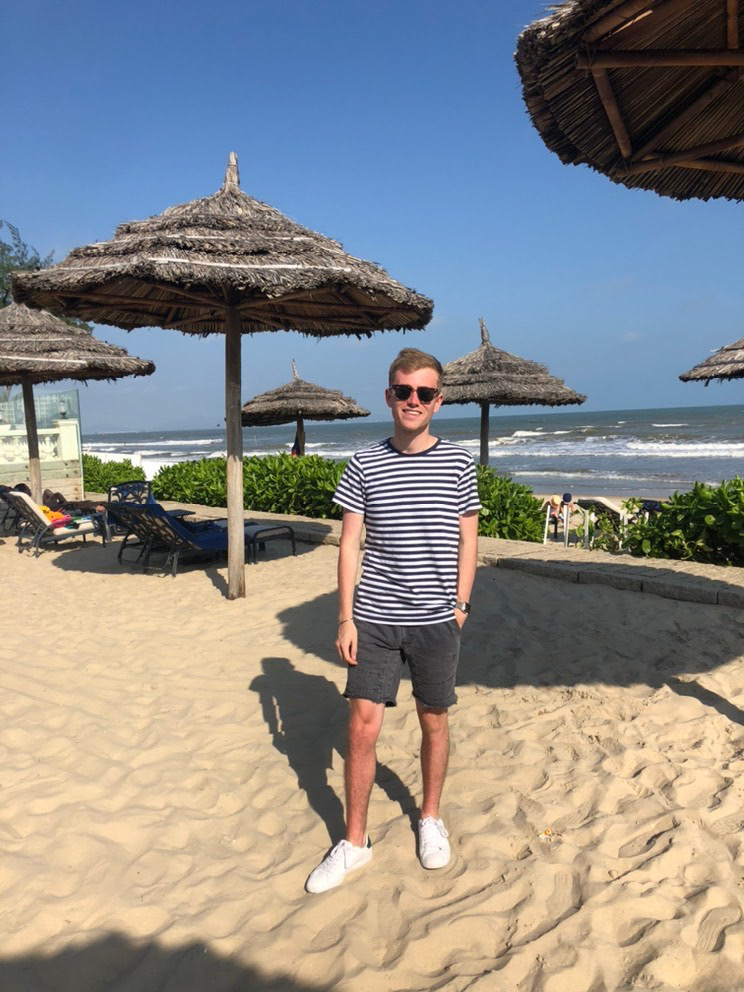 Due to the virus, Ethan travelled back to New Zealand before the borders closed. Photo: Ethan Laby

Could you tell me about coming home – how long did it take to organise and how were you feeling?

We decided to end our time in Vietnam about one week early as our anxiety grew and the situation only got worse in Asia.

New Zealand had announced the border closure to those coming from mainland China and my flight was to go through Hong Kong, which was still allowed at the time.

I wanted to make sure that I could get back home and not be trapped in Vietnam, as we see has happened with other New Zealanders across the world.

It took about a week to finalise our plans, but thankfully my travel agent took the stress out of booking and it only ended up costing an extra few hundred dollars.

Travelling during a pandemic sounds stressful, but looking back, what do you think have been some of the highlights of your trip?

It’s the culture, the heritage, and the people that make travelling and visiting other countries so amazing.

I made amazing friends in Vietnam: three in particular are Keeley, Nini and Mary. We would bake together, travel together, and spend most of our spare time together.

Nini and Mary are both Vietnamese and are the kindest, most caring people I’ve ever met – traits which I think many locals have in Vietnam.

They kindly gave up their time to show what life is like in Vietnam and helped us to settle into living there for three months. Ethan plans to travel back when he can and fondly remembers the friends he made. Photo: Ethan Laby

Keeley, who travelled with me from New Zealand, was my rock and the best friend I could have ever asked for.

We got to see so much of Vietnam, Malaysia and Singapore and for that I am hugely grateful. It’s quite uncertain at the moment when borders will open internationally, but travelling back to Vietnam and Asia will be one of the first things I want to do when we’re allowed.

I would encourage people not to dismiss visiting Asia in the future because of the virus and the fact that it originated in China.

Visiting Asian countries is something that everyone should experience in their lifetimes. I believe that there is so much for people to learn about life in parts of Asia, such as the culture, heritage, people and food. It truly is an experience like no other. Opinion
COVID-19:AviewfromSingapore
As the global response to COVID-19 ramps up, the Asia Media Centre takes a look at Kiwis on the ground in Asia. Here's Jamin Jamieson , based in Singapore. More >
by Jamin Jamieson