Christey West and Jo de Burca, co-founders of the charity Just Peoples, travelled on a grant from the Asia New Zealand Foundation earlier this year to visit a Rohingya refugee camp in Bangladesh. Just Peoples works with project partners on the ground to address poverty, and the two founders visited the camp to meet their partners and produce a 360 degree video of life inside.

“Where are you from?”

Christey West was talking to a girl learning to sew when she asked the innocent question. The girl answered “I’m Rohingya” and left it there.

It’s a simple question many people might ask while on autopilot, but the question carries a different weight when asked inside a refugee camp in Bangladesh.

“I’d never appreciated that being able to say I’m from New Zealand was such a privilege,” West said.

“I thought about it a lot afterwards and the fact that the place the Rohingya are from has rejected them. They’re only temporary residents in Bangladesh, [and] their race defines their entire existence - which is in perpetual limbo, with them not really belonging anywhere.”

West and her colleague Jo de Burca travelled to the Leda Refugee Camp in southern Bangladesh earlier this year to meet their project partners working with the charity the pair co-founded, Just Peoples.

Being welcomed into the Leda Refugee Camp, home to more than 15,000 Rohingya refugees. Photo: Christey West/Supplied

Just Peoples works at a grassroots level, by supporting and fundraising for social entrepreneurs with individual solutions to poverty within their community. These solutions might look like a trained counsellor in Siem Reap looking to raise money to provide one-on-one mental health support to Cambodians, or a water purification expert in Kenya raising money for water filters.

The plight of the Rohingya has drawn the world’s attention in recent years. Violence and persecution from within their home country of Myanmar has forced many of the ethnic minority to flee. More than 700,000 people from the Muslim-majority ethnic grouphave crossed the Myanmar-Bangladesh border and live in refugee camps.

Eve was the one who arranged camp passes for West and de Burca – no visitor is allowed within the camp without one – and showed them through the camp which houses more than 15,000 Rohingya. Neither had been to a refugee camp before and had been told to “expect the worst” in terms of human suffering when they arrived. But as they passed through several security checks and their car crossed the check point into the camp, West said it wasn't actually clear that they had arrived.

“It felt a lot like a rural slum, with kids laughing and running around, men and women busy building, cleaning and cooking."

As they walked past houses built of bamboo and tarpaulin, chillis were drying in the sun and people were sitting outside, making bamboo doors.

On the pathways running through the camp, children would follow West and de Burca around and practice their English with them in simple conversations.

A woman holding a baby welcomed them into her home to show them what it looked like and offered them some freshly cooked food - "a type of bhaji thing". The shelters within the camp were generally made of bamboo and tarpaulin, with one main room where up to 10 people might sleep. Each had one light inside – turned on only when it was absolutely needed as the camp ran on limited electricity. 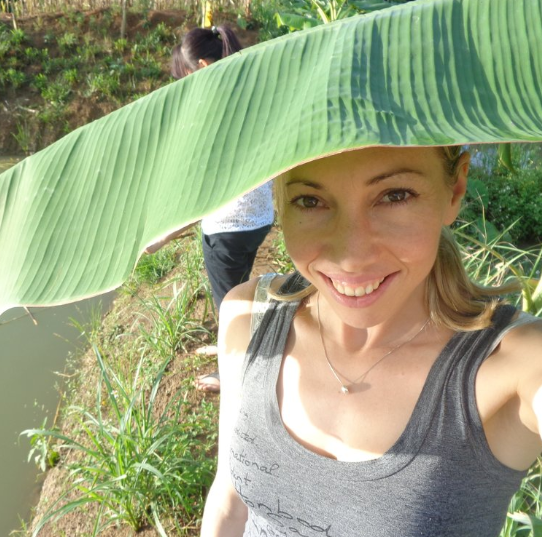 Evidence of international aid could be seen throughout the camp: from a large water tank installed by Eve and Just Peoples, to Bangladeshi workers from the International Organisation of Migration busy on the outskirts of the camp.

"There wasn’t much difference between the outside Bangladesh area and inside the camp," West said, "but we heard that the conditions in the camp vary greatly [and] the camp we went to was right on the outskirts so possibly was in better condition than others."

West and de Burca spent several hours inside the camp and they helped hand out bags of food -  weighing eight kilograms each – to children to take back to their families.

“One young girl around five or six years old collected her bag from me and before I had let go of it, two older boys came and tried to take it off her,” West said.

“She looked quite scared [but] because I was still holding the bag I was able to help her keep it, and a nearby man saw the struggle and told the boys to go away.”

But as West watched the girl walk away with her food, she kept thinking what could happen if the boys came back.

“I still think about that wee girl and the heavy responsibility she has at such a young age, and how tough she must have to be to survive in such an environment.” 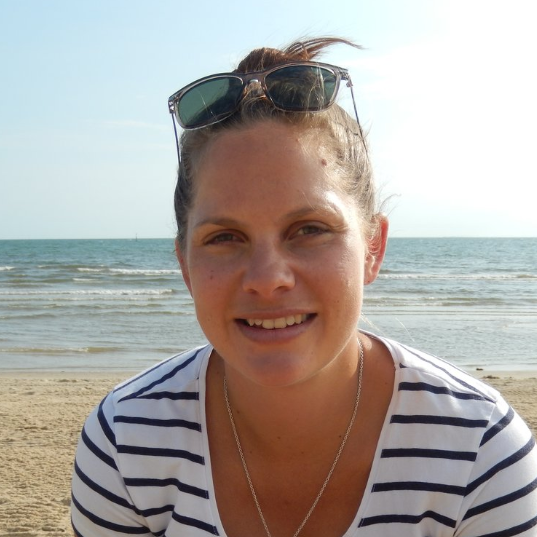 They visited one of Eve's initiatives - a sewing class set up for women to learn a new skill Many of the refugees they met weren't willing to talk about what they'd been through, especially with strangers, although West could see them smiling under their naqibs as they talked with each other.

"Eve’s work is important in that it meets their immediate needs and the training gives women a reason to get up and dressed in the morning," West said, "It makes them feel like they’re working towards something, but they may never actually get the chance to use the skills they’re learning to earn a living . There’s no economy in the camps so people can’t work or earn money."

“Through our work with Just Peoples, Jo and I are used to working in development where despite living in poverty, people are free to pursue education and improve their living standards,” West said.

“With the Rohingyas it’s very different because they’re not free and there’s no clear solution or way out,” West said.

She said many of the Rohingya were highly educated and had been self-sufficient, successful people in their old hometowns.

“Now they rely on charity and the kindness of others, which adds another layer to their current circumstance. They’ve been through unimaginable suffering, and yet they continue trying and doing what they can to support their families and themselves. Features
ShiftingAsianpowersandtheRohingya
Dr Sriprapha Petcharamesree examines the Rohingya crisis and examined how power shifts in Asia and the growth of China impact more than one million refugees. More >
by Eleanor Wenman