On July 22, Prime Minister Jacinda Ardern and Vietnamese Prime Minister Nguyễn Xuân Phúc announced the two countries would be elevating their relationship to a strategic partnership.

Vietnam has earned global praise for its handling of the coronavirus pandemic. Targeted testing, tracing and quarantining has meant the Southeast Asian country hasn’t seen any community transmission since April 16 and has been recognised as success story in the COVID fight.

Vietnam is “poised to become a post-pandemic winner” according to some analysts but with a longer-term growth strategy that has relied on trade and tourism in the past decade, that title won’t come without its challenges.

With that in mind, here are some key points to understand about Vietnam:

With its early success in fighting COVID-19, Vietnam now finds itself able to open its economy faster than many others around the globe.

Domestically, some analysts have pointed to domestic tourism and real estate as a focus for the country going forward, with investment in tourist-related endeavours already on the move. In mid-June Prime Minister Nguyễn Xuân Phúc officially approved a US$9.3 billion tourist resort to be built south of Ho Chi Minh City – despite environmental concerns.

A fast-growing middle class, with more discretionary spending power, is expected to help Vietnam’s recovery and its position as COVID-free has made the Southeast Asian nation an appealing option for global manufacturers looking for stability in their supply chains.

That’s not to say Vietnam isn’t feeling the impact of COVID but it’s also expected to bounce back faster than most countries.

Buyers and sellers are turning to online shopping

Vietnam’s population is a tech-savvy one, especially when it comes to the younger generations. In urban areas, around 95 percent of people have cellphones, while 69 percent of people living rurally have a phone.

With growing access to the internet and a growing middle class, online shopping is on the rise - particularly when it comes to clothes and footwear - and Vietnam’s e-commerce industry is hot on its heels.

In the 2019 e-Conomy SEA report, commissioned by Google and Temasek, Vietnam’s e-commerce market is expected to expand by 43 percent between 2015 and 2025 – growth in line with the government’s plan for the industry to reach US$35 billion, with more than half of the population shopping online by the end of 2025.

Increasingly often, when you look down at your phone, it’s likely to be partly or wholly made in Vietnam.

Even Apple is jumping on the train – kind of. It appears that recently, the company moved production of some of its AirPods to the Southeast Asian nation.

Vietnam has consistently been known for its high levels of exports in broadcasting equipment and phones – mainly to the US and China – worth billions of dollars a year. 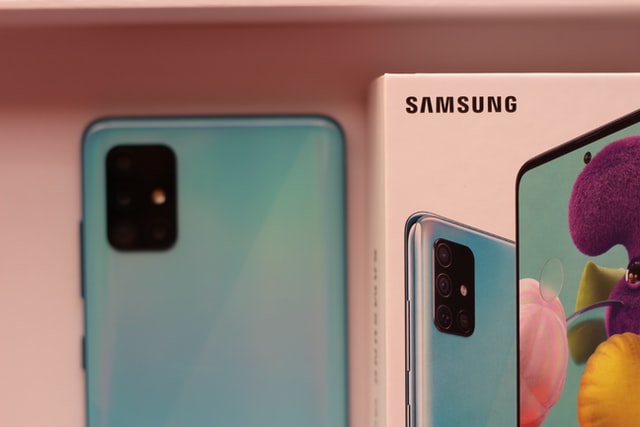 A number of smartphone producers - including Samsung - have turned to Vietnam for production. Photo by Ravi Sharma on Unsplash

Cheers to a growing beer industry

Sit down and crack open a cold one – you’d be joining in with Vietnam’s enthusiastic population of beer drinkers.

Even throughout the pandemic, Vietnam’s beer consumption stayed strong:  Heineken, one of the world’s biggest producers of beer reported in mid-July, a 52.5 percent decrease in half-year earnings, with drops in most regional markets. However, out of all the regions, the Asia Pacific showed the highest resilience, “thanks largely to strong sales in Vietnam”.

The country is also seeing a rise in craft beer consumers and brewers, thanks in part again to a rapidly growing middle class. Pre-COVID, craft beer was also growing as a tourist attraction for the country.

In Vietnam, a one-party state, the prime minister acts as the head of government and is one of the country’s three top leaders. The others are the president as head of state and the general secretary of the Communist Party of Vietnam.  PM Phúc previously acted as a provincial governor and deputy prime minister (visiting New Zealand in that role in 2012), before his appointment by the Vietnam’s National Assembly as PM in 2016.

His tenure has been marked by Vietnam’s participation in the CPTPP, tensions around developments in the South China Sea and the Mekong River, and now, the handling of the COVID-19 pandemic. Resources
Asia101:Vietnam
Kio Ara! My name is Wendy Matthews. I am the New Zealand Ambassador in Hanoi. More >
by