Who are the Uyghurs?

The Uyghurs (pronounced WEE-gurs, and also spelt as Uighurs) are mostly Muslims, numbering between 11-12 million and living in China’s western Xinjiang province.

The People's Republic of China recognises them as one of 55 "ethnic minority" groups in the country.

Significant numbesr of Uyghurs also live in the independent states of central Asia, as well as the Middle East, and Europe.

The majority follow the Hanafi School of Sunni Islam, the most popular worldwide.

The Uyghurs are also one of the oldest ethnic groups in Central Asia, with a history extending back more than 6000 years.

The term “Uyghur”, meaning “united”, was developed as the name for an influential grouping of Turkic and Indo-European tribes that lived in central Asia in the 6th century AD.

Uyghur scholars suggest the Uyghur presence in Xinjiang Province (called East Turkistan by Uyghurs) extends back several thousand years, although the Chinese government claims they moved to Xinjiang from Mongolia in the 8th century.

Forces loyal to the Chinese Qing dynasty invaded the Uyghur homeland many times in the 18th and 19th century. Eventually, they took control and in 1884 East Turkistan became “Xinjiang”, or “new territory” in Chinese.

By the 1920s and with the fall of the Qing dynasty, Uyghur nationalism again began to stir, and in 1933 a short-lived East Turkistan Republic was declared.

In 1944, a consortium of Uyghurs, Kazakhs and others declared a second East Turkistan Republic. This was supported by the Soviet Union until 1949, when, with Soviet help, Chinese communist forces took control of Xinjiang.

Communist China established the “Xinjiang Autonomous Region" in 1955, and began to encourage Han Chinese to settle there.

In the 2010 census Han Chinese made up 40 per cent of the population of Xinjiang, excluding large numbers of troops stationed in the region and unknown numbers of unregistered migrants. Uyghurs accounted for about 45 percent. 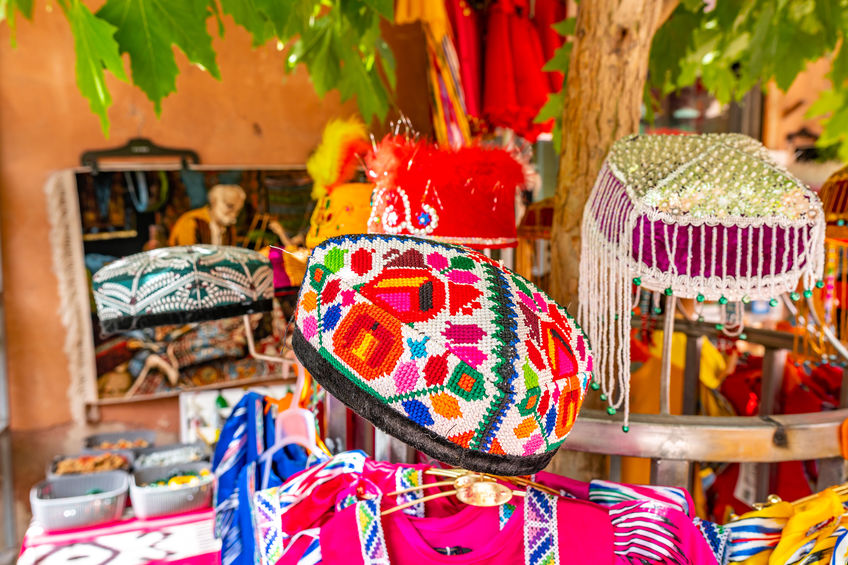 Xinjiang is the largest region in China, totalling 1.6 million square kilometres, and sits bordering Tibet, and the Chinese provinces of Gansu and Qinghai.

The Tibet Autonomous Region lies to the south, Afghanistan and the disputed territory of Kashmir to the southwest. Xinjiang also shares a border with Kyrgyzstan, Tajikistan, Kazakhstan, Russia and Mongolia to the northeast.

It has for thousands of years been an important trade and pipeline route into Central Asia and beyond.

Oil, natural gas, and nonferrous metals such as copper and gold are found in large amounts in Xinjiang. The prospective reserves of oil in the province exceed 30 billion tonnes, and those of natural gas exceed 10,000 billion cubic metres, both accounting for one-third of China's the nation's totals.

Xinjiang also produces 85 percent of China's cotton and  20 percent of the world's annual crop.  The cotton farming industry has been the subject of recent controversy, with allegations Uyghurs are being forced into the fields to pick cotton, although the Chinese government has denied this.

Xinjiang is inhabited by more than 40 different ethnic groups, the largest of which are the Uyghurs and the Han (Chinese). Other groups living in the province include Mongolians, Khalka, Kazakhs, Uzbeks, Tatars, Russians and others.

The economy of this once mainly agricultural region has developed fast since 1949, and oil and petrochemicals now account for a significant percentage of its GDP.

Economic development of the Xinjiang region since the founding of the People's Republic of China rule has been accompanied by large-scale immigration of Han Chinese, and Uyghur allegations of discrimination have been growing since the 1990s. 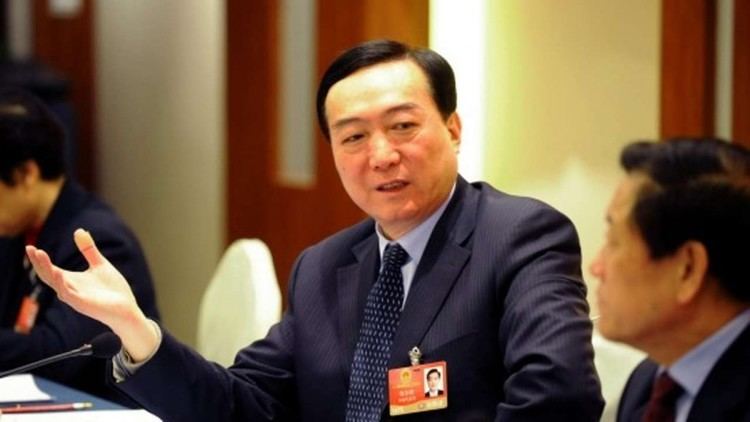 Tensions boiled over in the provincial capital Urumqi in 2009, with 200 people killed in riots. Thousands of Uyghurs were detained, and the local head of the Chinese Communist Party (CCP) was removed.

In the last decade, there have been further attacks on police stations, military facilities and government buildings in Xinjiang.

In 2014 an attack on a train station in the city of Kunming in China's southern Yunnan province killed 31 people.

In 2016 the CCP appointed Chen Quenguo as Xinjiang Party Secretary, and he oversaw the development of the facilities which now hold Uyghur detainees.

He also introduced increased surveillance technology in Xinjiang, and restrictions on religious activities.

On-going tensions have caused considerable friction between Han Chinese and the Uyghurs in Xinjiang, although there have been no terrorist attacks since 2017.

What are the allegations against China?

The allegations centre around human rights abuses towards the Uyghur in Xinjiang . A lot of the focus has been on the building of facilities described as political re-education camps.

Human rights groups such as Amnesty International and Human Rights Watch have been monitoring the situation in Xinjiang for years.

Experts point to 2016 as the time when the Chinese government clamped down harder on the ethnic minority, coinciding with the appointment of Chen Quanguo as the Communist Party chief for Xinjiang.

A report in 2018 from the Human Rights Watch (HRW) detailed mass arbitrary detention in political re-education camps, mass surveillance, and torture and ill-treatment towards the Uyghurs. HRW presented its report, alongside reports from other international agencies, to the UN Committee on the Elimination of Racial Discrimination. The committee called the reports credible and expressed deep concern at what they contained.

China has been under growing scrutiny on its treatment of Uyghurs. In 2019, the China Cables were released.

These were a series of Chinese government documents from 2017 which were leaked to journalists. Included in the documents were manuals setting out guidelines for running the camps, as well as policies for rounding up citizens for re-education.

There has also been a growing body of testimony from Uyghurs who have left Xinjiang, detailing abuses including forced labour and alleging forced sterilisation. Satellite images taken since 2016 have shown a sharp increase in the number of camps built around Xinjiang.

How has China responded?

In 2018, the Chinese government denied the existence of re-education camps, alongside reported human rights abuses. At the time, senior CCP official Hu Lianhe told the UN “there is no such thing as re-education centres”.

Since then, the government has continued to deny human rights allegations but has said camps have been built, but they were for educational and vocational purposes.

Officials have said these Vocational Education and Training Centres were built as a counter-terrorism measure, as well as a way to alleviate poverty in Xinjiang.

Concerns over religious extremism have been cited as a key reason for the existence of these camps.

Statements released by China’s Ministry of Foreign Affairs on Xinjiang refer to a history of violence and extremism in the area and touch on measures taken in the region to combat this – measures which have so far “effectively curbed the rising and frequent occurrences of violent terrorist activities”, according to the Ministry.

When responding to other countries raising human rights concerns, the Chinese government has also often stated that as Xinjiang is in China, any issues are purely domestic issues and foreign interference is not welcomed.

Access to Xinjiang has been restricted to outsiders, despite calls for Beijing to open up the province to a UN human rights investigation team.

What has the international community said?

China’s actions have been widely condemned by many Western countries; over the last few years, several nations, including New Zealand, have raised concerns over the allegations of human rights abuses in Xinjiang with the UN Human Rights Council - for example, in 2019 and 2020 when formal letters were presented to the UN, detailing these concerns over human rights abuses.

In 2021, the US, Canada and the Netherlands all officially labelled the Chinese government's actions as genocide towards the Uyghurs.

I have determined that the People’s Republic of China is committing genocide and crimes against humanity in Xinjiang, China, targeting Uyghur Muslims and members of other ethnic and religious minority groups.

This year has also seen the EU, Canada, the US and the UK bring in sanctions against several Chinese officials, including Chen Quanguo. A joint statement at the time from Canadian, British and American government officials said the evidence against the Chinese government was “overwhelming” and they called for justice for the Uyghur population.

But others have shown support for China. In 2019, 37 countries, including Russia, Nigeria, the Philippines and North Korea, presented their own letter to the UN in response to the criticism from other countries.

The letter supported China’s actions, echoing its comments that terrorism and religious extremism had impacted Xinjiang.

Media reports around the international response also point to the silence from some countries – notably Muslim-majority nations.

Some reports state that political and economic imperatives underscore this silence, especially from countries set to benefit from China’s Belt and Road Initiative.

What has New Zealand said?

New Zealand has added its voice to international calls of concern over what’s happening in Xinjiang.

In the public arena, Prime Minister Jacinda Ardern has increasingly made public statements on Xinjiang. In 2019, during her first official visit to China, she raised the issue of the treatment of Uyghurs and at the China Business Summit in July 2020, she spoke out against the treatment of the ethnic minority.

A report from Newsroom in 2019 also details the work that happened behind the scenes in government as New Zealand officials figured out how to approach the topic.

The New Zealand public's awareness of the situation in Xinjiang has been growing as the media has increasingly covered the issue.

In-depth reporting - such as through Stuff Circuit's documentary Deleted - has examined how New Zealand companies have been implicated in the persecution of Uyghurs, while other articles have highlighted Uyghur voices within New Zealand.

Community organisations and individuals have been petitioning the government to take further action, through measures such as accepting Uyghur refugees or stepping up New Zealand's response. 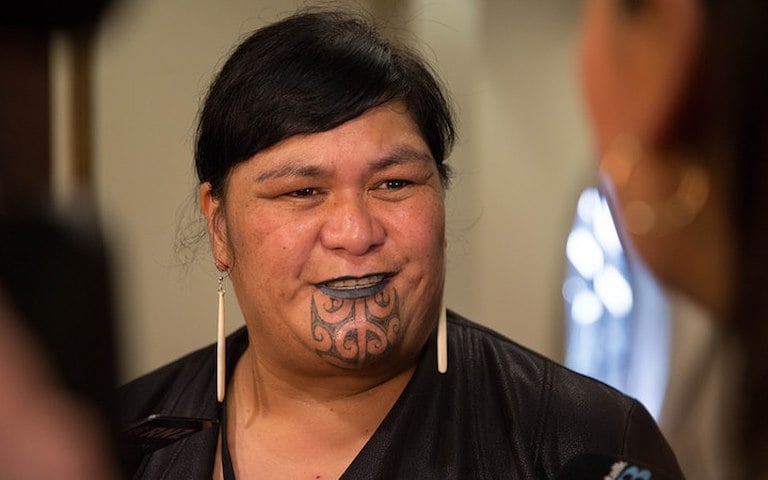 Most recently Minister of Foreign Affairs Nanaia Mahuta joined with her Australian counterpart Marise Payne, throwing their support behind the US, UK and Canada in introducing sanctions against Chinese officials.

In a statement, Mahuta and Payne said the two countries reiterated their “grave concerns about the growing number of credible reports of severe human rights abuses”.

While backing the sanctions, New Zealand didn’t implement its own, as there are no existing legal mechanisms to apply them outside of the United Nations framework.

In response, the Chinese Embassy in New Zealand released their own statement, emphasising Xinjiang-related issues were a domestic matter and saying some countries and media were “fabricating and spreading groundless disinformation about Xinjiang”.

Features
DavidBrophy:TalkingaboutXinjiang
Dr David Brophy is an expert on the social and political history of the Xinjiang region of China at the University of Sydney. More >
by News
Recap:Politicaleventsin2018
It’s been an eventful year of politics in the Asia region. Here’s a quick look back at the major issues in the region in 2018. More >
by