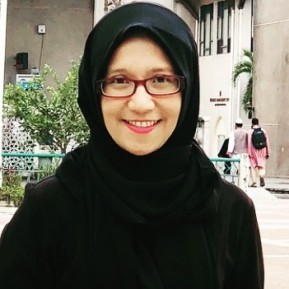 Ramadan, traditionally a time for coming together, will look very different for Muslims looking to celebrate the holy month in 2020. The COVID-19 pandemic has forced governments around the world to ban public gatherings. Dr Eva Nisa takes a look at the roles and voices of Islamic religious authority amid the pandemic.

The COVID-19 pandemic has changed religious activities around the world, from Easter and Rama Navami, to Vaisakhi and Ramadan.

During difficult times, believers often turn to religious authorities for guidance and comfort. Muslims welcoming Ramadan, for example, are waiting for the voices of ʿulamāʾ (Muslim scholars) for directives about facing their holy month.

Ramadan is not only a time of heightened devotion for Muslims, but also a time of family, togetherness, tolerance, and unity.

Muslims around the world break fasts (ifṭār) with their families, friends, and neighbours. This year, unfortunately, many Muslim-majority countries have banned public gatherings in the wake of COVID-19, including those held during Ramadan and its festival, Eid al-Fitr. On March 17, a fatwā was issued banning congregational prayers in mosques. The only exception was al-Haramayn, the two holy mosques in Mecca and Medina.

On the same day, the Egyptian government body of religious institution and fatwā centre, Dār al-Iftāʾ al-Miṣriyyah also issued a fatwā stating congregational prayers may be suspended during the pandemic.

On April 3, Hayʾat Kibār al-ʿUlamāʾ of al-Azhar, another high-level Egyptian religious institution, announced that gatherings during harmful situations, even for religious reasons, are considered Sharia violations.

-    fatwā no. 17/2020 on a guide for praying for medical practitioners wearing personal protective equipment issued on March 26

These authorities all shared similar references for the legal reasonings behind the foundation of the fatwās.

Referring to the trajectory of the transmission of religious knowledge and fatwā production, Indonesianʿulamāʾ have historically turned to ʿulamāʾ from al-Azhar University in Egypt and Saudi Arabia for religious advice. Scholars in the courtyard of Al-Azhar University in Cairo. File Photo: Wikimedia Commons

As the basis to their legal reasonings, the emphasis is initially on the foremost Sharia objective (maqāṣid al-sharīʿah) to preserve human life, including preserving health and protecting from harm.

Therefore, abiding by the advice of health experts and taking precautionary measures issued by officials are obligations under the Sharia ruling.

Religious authorities have quoted religious texts in support of these COVID-19-related fatwās. One particular verse often pointed to is found in the Qurʾan, al-Baqarah (2: 195) “…. Do not throw yourselves with your own hands into destruction…”.

Many hadith (reports of the words and deeds of the Prophet Muhammad) have been quoted as a legal basis, including one recorded by al-Bukhārī and Muslim. It quotes the Prophet as saying, “If you hear of an outbreak of plague in a land, do not enter it; but if the plague outbreaks out in a place while you are in it, do not leave that place”.

In addition, the religious authorities have also referred to juristic rules, including “warding off dangers take precedence over gaining benefits” and “the greater danger is warded off by the lesser danger”.

Although globally ʿulamāʾ councils are usually funded by government, ʿulamāʾ-state relationships are not always smooth.

Councils are often criticised for being overly submissive to government interests and tensions between religious and state authorities has always been present in many countries.

However, during the pandemic, ʿulamāʾ and state appear to be carefully supporting each other’s position to avoid delivering conflicting messages to the public.

In his televised speech on March 29, the grand imam of al-Azhar Sheikh Ahmad al-Tayyeb, addressed statements supporting the work of health and state officials.

“According to Islamic Sharia, it is unlawful to fabricate malicious rumours, spread them, confuse and frighten people and make them lose their confidence in the measures taken by the governments,” he said.

In most Muslim-majority countries, officials require the authoritative voices of ʿulamāʾ to support their work in containing the virus.

For example, on April 9, West Java Governor Ridwan Kamil urged the Indonesian Ulama Council to issue a fatwā stating that an exodus to celebrate Eid al-Fitr festival during the pandemic is ḥarām (unlawful). He turned to the council because he believed that his community was more obedient to ʿulamāʾ than to the government.

When facing the COVID-19 pandemic, Muslims have turned toward religion by listening to the voices ofʿulamāʾ for guidance, comfort and hope. 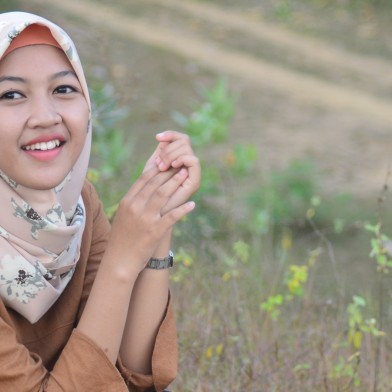