OPINION: 2018 was a turbulent year in Asia. Surprises like the Pakatan Harapan coalition victory in Malaysia reminded us that change can happen unexpectedly fast. At the same time, the ongoing Rohingya refugee crisis in Myanmar and Bangladesh demonstrated that progress is not inevitable and solutions painstakingly slow to manifest.

Recent developments and upcoming events indicate that 2019 will be no less volatile or dynamic. Asian peoples and countries are at the coalface (sometimes literally) of the world’s major challenges, from climate change to economic reform. Air pollution is already making headlines this year, with Bangkok struggling under a blanket of smog and 1.24 million deaths in India attributed to air pollution in 2017. Air quality apps are increasingly popular among urban residents.

Asia will increasingly face tensions between the need for energy security and addressing the impacts of climate change and pollution. Severe typhoons and floods are causing damage to major coastal cities like Jakarta, Bangkok and Shanghai with few signs of major change in key energy industries, including coal in India and China.

But while Asian countries are some of the worst contributors to climate change, they are also leaders in global response and innovation. Singapore has said it hopes to become a zero-waste nation and is embarking on a year long campaign to raise awareness of the country’s waste issues. Governments, citizens and companies are finding new opportunities in rising middle class consumption and increased internet access, but also face issues of privacy, state control and violence. Expect to hear more about facial recognition. Uses include building 3D avatars on the Korean-developed app Zepeto and state security and surveillance in places like China through over 200 million cameras.

The consequences of social media will continue to be felt even as users grow. Facebook removed hundreds of pages and accounts that were linked to fuelling anti-Rohingya sentiment in Myanmar but critics say the company relies too much on user reporting. The PRC government’s growing confidence in its censorship regime will create new worries for social media users and their data. However, censorship is getting harder, evidenced when someone stored a link to the viral Thai rap song “Prathet Ku Mee” in a cryptocurrency transaction, making it impossible to entirely erase. WhatsApp faces challenges in India, its largest market, where WhatsApp groups have been used to spread fake news and trigger mob lynchings. 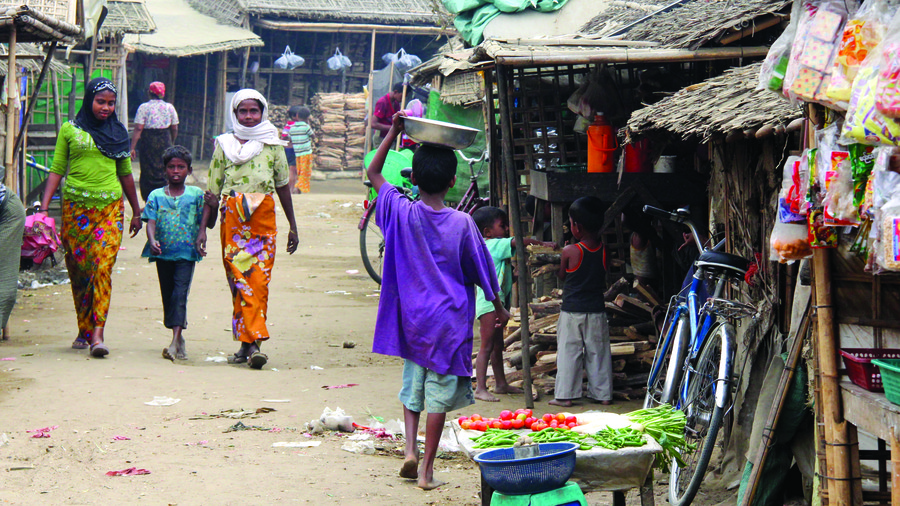 2018 was a difficult year for human rights in Asia and 2019 looks no different. Aung San Suu Kyi faces mounting pressures to address the Rohingya crisis as ASEAN ramps up its criticism on her government’s inaction. Bangladesh’s recently re-elected government is under pressure to find solutions for refugees amid criticism of authoritarianism.

China’s policy of mass detentions of Muslim Uighurs and other minorities will continue to attract global attention. The increasing securitisation of Xinjiang includes interning over a million people in camps described by the PRC as “vocational education training centers.”

For LGBTI rights 2019 may prove a mixed bag. LGBTI communities face increased state-sanctioned discrimination in Indonesia. The rejection of a same-sex marriage referendum in Taiwan disappointed advocates, who are now calling for the government to legalise same-sex marriage according to a 2017 Constitutional Court order. Thailand looks set to become the first Asian country to recognise same-sex civil partnerships. Discussions about Asia’s economy in 2019 will centre on China.

Almost all discussions about Asia’s economy will centre on China. The government recently marked the 40th anniversary of reform and opening up, but current issues range from slowed growth, deleveraging and a weakened housing market. The Belt and Road Initiative faces challenges with shifting regional attitudes around debt, transparency and geopolitical risks.

In trade news, the US-China trade war is on pause until March 1. However differences on issues such as intellectual property, managing the impacts on global supply chains and the fallout from detaining Huawei CFO Meng Wanzhou remain. In contrast, Vietnam became the seventh official member of the CPTPP this month, along with Japan and Singapore. The deal gives Japan an estimated US$117 billion boost, but also brings concerns over cheaper farm produce. Thailand, Indonesia, Taiwan, South Korea and the Philippines are rumoured to be interested in signing up.

After a year of plummeting cryptocurrency prices, more countries, like Malaysia and Thailand, are looking for better industry oversight including licensing brokers and dealers and regulating initial coin offerings and trade of digital assets. Major elections are slated for Thailand, India, Japan, Indonesia, the Philippines and Hong Kong amidst growing concerns over the weakening of democracy in the region.

After numerous delays Thailand may hold national elections in March, the first since the 2014 military coup. In India, Prime Minister Narendra Modi’s ruling Bharatiya Janata Party's (BJP) chances depend on voters’ assessments of election promises on jobs and economic reforms, religious polarisation and whether the opposition can present a united front.The Philippines House of Representatives, up for re-election in 2019, is considering changing the 1987 Constitution, to move to a federal system and a shared-ticket president and vice president.

We should also expect to see continued fall-out from elections in Cambodia, Pakistan, Taiwan and Malaysia. The Kuomintang’s (KMT) solid defeat of Taiwan President Tsai Ing-Wen’s Democratic Progressive Party (DPP) in November raises issues around cross-strait relations and domestic policies, especially the economy. In Malaysia, Mahathir Mohamad shocked the world with his victory last year, but will be replaced by Anwar Ibrahim according to an election campaign agreement.