What does it mean for a Chinese Kiwi to maintain the dignity of their 'motherland'? Portia Mao, freelance journalist and editor of nzmao.com, details some of the discussions that have played out in the Chinese-Kiwi community around this topic.

As a Chinese Kiwi, and an immigrant who has been living in New Zealand for 20 years, it is pretty odd to be reminded by someone to “maintain motherland’s dignity”. What does that mean? In some Chinese people’s minds, it simply means no criticism of the Chinese government.

In April this year, a Chinese lecturer from Massey University left a message in my WeChat account, saying “We are Chinese coming from the same place (country) and we shall maintain the dignity of the motherland and consider its future.” She was obviously unhappy with the articles from the ABC, BBC, or VOA that were republished on the website I'm working for, as these articles frequently have some “negative” reporting about the Chinese government.

Almost every day, New Zealand media publishes articles or opinions criticising the New Zealand government. Do Kiwis regard this as not maintaining the dignity of New Zealand? Certainly not.

The first generation of Chinese immigrants from the People's Republic of China grew up with a strong patriotic education. The state-led nationalism is so powerful that it stayed in the minds of some Chinese people even when they immigrated to western countries.

It is not strange to see an association of retired Chinese soldiers protesting against Ardern for her using “country” to describe Taiwan when she talked about measures New Zealand could learn from in fighting Covid and they even lodged a petition to ask Prime Minister to apologise.

However, their behaviour was strongly and widely condemned in the Chinese community.

Many Chinese immigrants, the silent majority of the community, warmly embrace democratic values, freedom of expression, the rule of law, and so on - the values that create this extraordinarily beautiful country and the successful multicultural society that we have. Chinese Kiwis don’t want to see these liberal values being undermined by those who have no respect for democracy.

However, it is worth discussing what is counted as “maintaining the dignity of the motherland” for it helps shape our identity – who we are – and shape our actions.

I asked my readers what they thought about the idea to “maintain the dignity of the motherland” and what are the best ways to do it.

Soon I got different thought-provoking responses coming back to me.

Xiaomei, who runs a construction company, said: “Trying to get rid of the old ideology that does not fit into New Zealand society and to approach universal values ​​is the way to maintain the dignity of the motherland. When everyone I know says Chinese people are nice people, the dignity of our motherland is maintained.”

Dan, an electrical engineer, said: “The dignity of our homeland depends on every Chinese New Zealander who does his or her job well, no matter whatever they do. “

Alan, an artist, listed the following “basic requirement” he could think of to “maintain the dignity of the homeland”: “Being honest, being kind to others, smiling to people, not speaking loudly in public places, knowing right from wrong”.

Dreamer, a financial investor, made the following comments:

“Firstly, we need to clarify the implicit meaning within ‘the dignity of the homeland’. Don’t ever confuse a government’s or a leader’s dignity with national dignity as if they are the same thing.”

Dreamer then said: “The governments and the top leaders of democratic countries are often criticized by their own people. However, these nations have never lost their dignity because of that. Look at America, the president could be under investigation, could be sued or impeached, and may be arbitrarily blamed and humiliated by the international media, but the national dignity of America has never been damaged.

After the above discussion points were published on Facebook, a Chinese reader, Ms. Liang, left a sharp message: “If 1.4 billion Chinese people can't maintain the dignity of their country, how can overseas Chinese who have not lived in China for many years maintain the motherland’s dignity?"

Immigrants, no matter where they come from, need to respect New Zealand's values. Otherwise, New Zealand wouldn’t be a successful multicultural society with the increasing number of foreign immigrants coming to a small country with a population of just five million.

Challenges to social cohesion need to be taken seriously. Winston Peters, the leader of New Zealand First, introduced a Respecting New Zealand Values Bill in 2018. That is a good start.

That is something New Zealand could learn from. 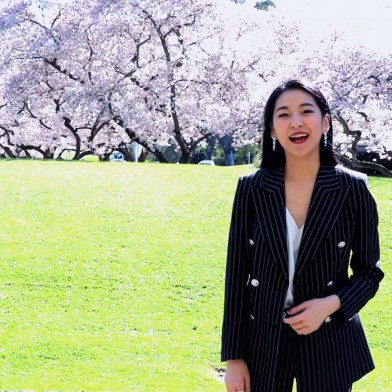