Vietnam - the time has come.

The spectacular growth of emerging economies in East Asia in the post-World War II era has been a remarkable story. First, it was Japan, followed by Hong Kong, Singapore, South Korea, and Taiwan in the 1960s, then China’s economic growth beginning in 1978.

More recently, Vietnam has started to emerge as the latest Asian nation with a strengthening position in the region, and future high potential for economic growth.

It's become something of a cliché to refer to the country as the new "Asian Tiger" economy, but the statistics seem remarkably positive.

According to data from the World Bank, real gross domestic product (GDP) grew by 7 percent in 2019, similar to 2018, one of the fastest growth rates in the region.

It is argued that if Vietnam can maintain a 7 percent increase in economic growth over the next decade, the country will follow the same trajectory as the previous "Asian Tigers."

It was not until the second half of the 1980s that Vietnam began the process of catching up with some of its more successful neighbours. In the latter part of that decade, a comprehensive programme of reform produced the first signs of convergence and the development of a new economy.

The sweeping reforms, known as "Doi Moi" (usually translated as ‘renovation’), were introduced in 1986, with many of the early policies focusing mainly on various market-oriented measures, including liberalisation of the domestic market, leading to a subsequent beefing up of domestic production.

The goal was to move Vietnam away from a command economy model and deal with some of the structural problems leftover from the post-war reunification process in the late 1970s.

International trade was also progressively liberalised, with the signing of various free trade agreements. Vietnam joined the Association of Southeast Asian Nations (ASEAN) in 1995. The United States and Vietnam signed a bilateral trade agreement in 2000, which came into force in December 2001. In the 2000s, Vietnam also introduced various new economic policies to - facilitate trade expansion and attract foreign investment, enabling Vietnam’s accession to the World Trade Organisation (WTO) in January 2007 as the 150th member.

The World Bank now considers Vietnam as one of the most dynamic emerging countries in the East Asia region.

But Vietnam is still in the early stages of its development. 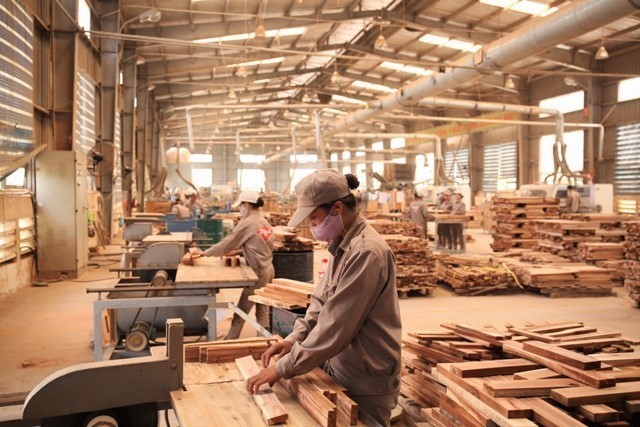 What are the challenges for Vietnam? In a joint paper with Tom Barker, we argue three key points: Vietnam is still a relatively poor country in absolute terms; Vietnam must increase its technological capabilities; and economic policies should equally target both agricultural and non-agricultural sectors. Of course, since that paper was written we must add the global risk of the Covid pandemic, which has a significant impact on trade.

And while infrastructure in Vietnam is not yet up to standards for many international firms to establish retail outlets, the country's domestic market has become a new stage on which Vietnamese firms can build their name. Vietnam's domestic market represents almost 100 million people or the equivalent of France and Spain combined.

Domestic consumption has been one factor driving an extraordinary surge in the beer brewing sector, and Vietnam is seen as one of the most attractive markets in the region for brewers, with beer sales growing by about 10 percent per year on average for 2010-2020. 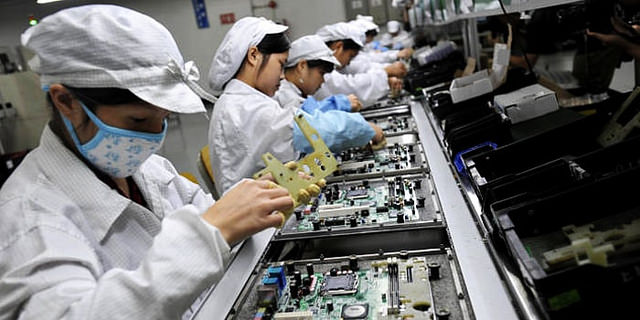 Samsung manufactures many of its electronics in Vietnam / photo Samsung

Trade and trade agreements with Vietnam

Although there have been increases in two-way trade in recent years, Vietnam is not a major trade partner with New Zealand. Bilateral trade in goods reached slightly higher than US$ 1.2 billion at the end of 2019. According to the data from the UN Comtrade, less than 1.5 percent of New Zealand exports in 2019 were to Vietnam.

Similarly, less than 2 percent of New Zealand imports in 2019 came from Vietnam.

New Zealand-Vietnam trade relations can perhaps be categorised as an inter-industry trade (i.e., a trade of products that belong to different industries). New Zealand mainly exports foods to Vietnam and imports manufactures from Vietnam. Based on the Standard International Trade Classification (SITC) Revision 2, food exports constituted about 78 percent of total product exports of New Zealand to Vietnam in 2019; and manufactures imports accounted for 87 percent of total products imports of New Zealand from Vietnam in 2019.

In 2020, New Zealand and Vietnam celebrated 45 years of formal diplomatic relations and took the important step of elevating the relationship to a Strategic Partnership.

On 22 July 2020, the two countries upgraded the bilateral relationship in strengthening the framework for engagement and cooperation.

Vietnam responded quickly and effectively to the pandemic, and its successes against Covid-19 have been well-documented.

Keys to Vietnam’s success have been strategic testing, aggressive contact tracing, and effective public communications campaigns which pushed clear and science-based messages to the population.

Natasha Hamilton-Hart and Celia Caughey argue that public education was key to keeping Covid manageable in Vietnam and effective in limiting the death toll from the virus:

“Vietnam has long invested heavily in education, especially in science, IT and technological fields. This commitment yielded clear benefits for the pandemic response, as Vietnamese scientists were able to develop low-cost testing kits early on and these were widely used.” - Natasha Hamilton-Hart and Celia Caughey for Newsroom

Vietnam is among a few countries set to register positive economic growth for the year 2020. According to the International Monetary Fund (IMF)’s World Economic Outlook Update for October 2020, the global economy was projected to shrink by 4.4 percent in 2020 over Covid-19. In the same report, IMF forecast 1.6 percent growth for Vietnam and 1.9 percent for China. The corresponding forecast for New Zealand is -6.1 percent.

It is clear that developing good business, investment, and trade ties with high-growing Asian countries will help the New Zealand economy.

It is time to be an entrepreneur!

The Asia New Zealand Foundation Te Whītau Tūhono commissioned a report from Haike Manning, a former Ambassador to Vietnam, to mark the 45th year of the diplomatic relationship.

The importance of innovation, creative industries, and high-tech sectors are emphasised in this report.

Yes, it is true that Vietnam is going to be a good market for New Zealand dairy products ( and other agricultural exports) and education services. Having said that, expanding the trade relations based on high-value add and high-tech sectors is essential for achieving long-run sustainable prosperity in both New Zealand and Vietnam.

New Zealand has now assumed the mantle of APEC leadership from Malaysia. This provides many opportunities for multiple businesses in New Zealand.

It is time to prosper! News
Vietnam'splaceinthe5Grace
While the debate around 5G and Huawei continues in New Zealand, Vietnam has just become one of the first countries to successfully test its network. More >
by Mitchell Pham