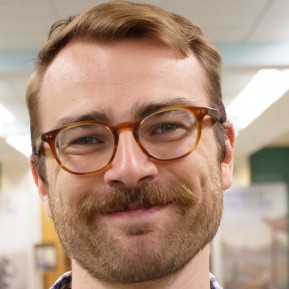 Early reports suggest that the New Lynn terrorist Ahamed Samsudeen was radicalised while living in New Zealand. However, his actions and the circumstances around his claim to refugee status have thrust – in the most tragic and unwelcome of ways – the Sri Lankan Muslim community into our national spotlight.

They have also impacted on his community at home in Sri Lanka, as anti-Muslim activists seek to use his story to further increase inter-community tensions.

But this community is poorly understood, and often conflated in international reporting with the broader Sri Lankan Tamil population.

While Sri Lankan Muslims do often speak Tamil as their first language, they are considered an identity group distinct from both (primarily Hindu) Tamils and the majority Sinhala population (primarily Buddhist).

The distinctive identity and history of the Sri Lankan Muslim community provides important context for Mr. Samsudeen’s violent actions, and his claims to refugee status.

Sri Lankan Muslims have “rubbed shoulder to shoulder” (uren ura gäṭī) with their Buddhist, Hindu and later Christian neighbours since at least the ninth century.

In precolonial societies they acted as merchants, ministers, scholars, administrators and community leaders, valued for their  distinctiveness and the transregional networks they operated in.

But a distinctive identity for Sri Lankan Muslims was not historically inevitable.

In the early twentieth century Muslim leaders debated whether they should align themselves more closely with Tamils.

However, to better represent their own interests they intentionally maintained their distinctiveness from non-Muslim Tamils, and even aligned themselves with the Sinhala majority on certain key issues.

Throughout the twentieth century, however, Tamils and Muslims alike increasingly found themselves tolerated minorities within a Sinhala Buddhist state.

Buddhism is given “the foremost place” in Sri Lanka’s constitution, and while both Tamil and Muslim minorities are represented by orange and green segments (respectively) in the Sri Lankan flag, they are symbolically bracketed by the golden border of Buddhism and dwarfed by the red Sinhala quadrant with its lion (sinha). 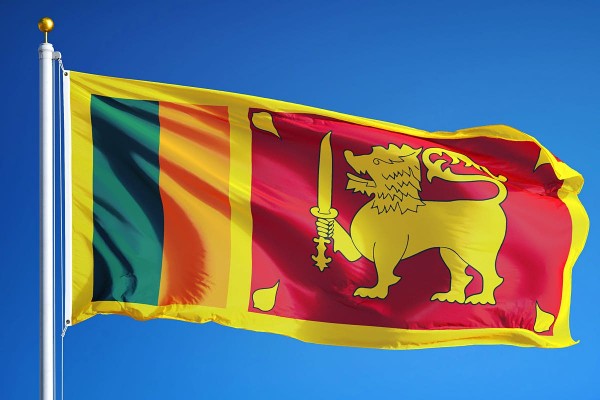 This symbolism becomes more explicit in the imagery of the ultra-nationalist Sinha Lē (“lion blood”) movement, which drops the Tamil and Muslim colouring altogether to leave the Sinhala lion standing alone, no other ethnicities or religions in sight.

While Sinha Lē is a modern movement, the underlying sentiment gives context for the increasing ostracization of non-Sinhala identities as “outsiders” over the past hundred years.

It helps explain, for example, the 1915 boycotting of Muslim-owned businesses which eventually erupted into island-wide rioting, ending in public summary executions of Muslims and Buddhists alike by colonial police officers.

It also helps to explain, perhaps, the origins of the separatist group dubbed the "Tamil Tigers" , or the Liberation Tigers of Tamil Eelam (LTTE), and the bloody civil war (1983-2009) waged against them for control of the Tamil-majority north and east coasts.

There were no winners in this war. The LTTE sent suicide bombers to both military and civilian targets, including Buddhist temples, Christian temples and Muslim mosques.

The state military were allegedly indiscriminate in their counter-assaults on LTTE-controlled areas, particularly during the last brutal assault in 2009. The human cost of this attack is still not fully known, with UN investigations undermined by state non-cooperation, but many thousands of Sri Lankans were killed, including many civilians.

Sri Lankan Muslims were repeatedly caught in the middle of this conflict: Tamil-speaking, but not “Tamil” enough for the separatist homeland.

Muslims were expelled from their homes in the LTTE-controlled north en masse in the 1990s, and – in a disturbingly familiar account – LTTE forces allegedly massacred worshippers in mosques.

When Mr. Samsudeen applied for refugee status in New Zealand, this is the background he describes: growing up in the LTTE-controlled Batticaloa (Tamil Maṭṭakkaḷappu, Sinhala Maḍakalapuva), surviving assassination attempts, abduction and torture.

Significantly, Mr. Samsudeen described some of these events as taking place even after the collapse of the LTTE, claims of ongoing danger the New Zealand Immigration and Protection Tribunal found to be credible at the time.

This is by no means implausible. Since the end of the civil war, anti-Muslim sentiments have risen dramatically among Buddhist nationalists looking for a new enemy.

One particularly prominent organisation is the Bodu Bala Sēnā (BBS, “Army of Buddhist Power”), which has allegedly incited multiple anti-Muslim riots in Aluthgama (2014), Kandy (2018) and throughout the country (2019, following the Easter Sunday bombings).

For the BBS, Sri Lanka is a place “for” Sinhala Buddhism, and despite their long history Muslims are increasingly unwelcome guests. 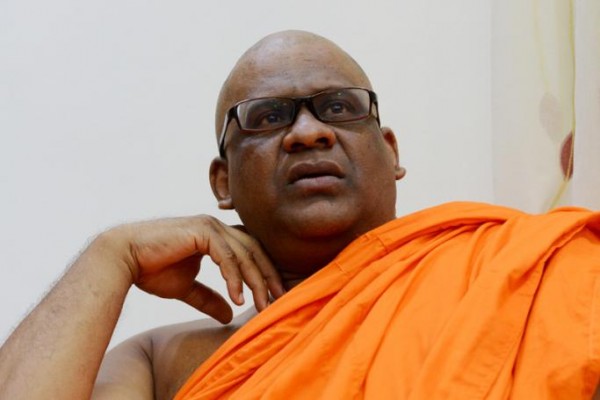 It is no coincidence that in the same decade that hostility towards Muslims has so markedly increased, so too have the tragically visible results of Islamicist radicalisation on the island. Wahhabist propaganda – the conservative Sunni ideology linked to both the Islamic State (IS) and al-Qaeda – has targeted Sri Lankan Muslim communities since at least the 1980s.

But it is only recently that it has seen fruit. A group called the Jamā‘at at-Tawḥīd al-Waṭanīyah (JTW, “National Monotheism Organisation”) began advocating violence against Sufi Muslims (considered heretics by Wahhabis) in 2013; a number of Sri Lankan Muslims travelled to fight for IS in 2016; the JTW, now publicly aligned with IS, allegedly masterminded the Easter Sunday bombings in 2019.

Radicalisation has clearly progressed quickly in an increasingly Islamophobic environment, as the Muslim Council of Sri Lanka has repeatedly warned the government; these acts of violence in turn fuel the flames of anti-Muslim sentiment.

This cycle is not contained within the island’s coastlines.

It is, as Mr. Samsudeen’s terrible acts on the other side of the world from Sri Lanka have shown us, an inextricably global problem.

The BBS has strong ties to anti-Muslim movements in both India and Myanmar, developing shared narratives about the threat of Islam overwhelming their respective “properly non-Muslim” nations.

The BBS has already released a press statement claiming the Auckland attack as evidence for their narrative, and demanding increased pressures on Muslim organisations in Sri Lanka.

Such demands are tempting in their simplicity. But if we do not wish to further perpetuate the cycle of Islamophobia and radicalisation, we cannot be drawn into them.

Islam’s long history in Sri Lanka is testament to the possibility of more than just a wary tolerance of difference.