Can there be peace or democracy when the military controls the vast wealth generated by Myanmar's natural resources ? Robert Bociaga reports

The wind blows through the trees, freshly planted rice seedlings swirl on the muddy fields.

Out of place in this rural Burmese outlook - the tower-like chimney which reigns over the hilly landscape.

Turban-wearing Pa'O and Taungyo people can't help but notice it when travelling the roads of Tigyit, a small town in the south of Myanmar’s Shan State., a region they share with ethnic Shan and Bamar groups.

While differing in customs and language, the ethnic groups have been standing united against one common threat – the environmental pollution coming from the country’s largest coal-fired power station, fed by a nearby coal mine.

During Myanmar's years of quasi-civilian rule, up to 1000 people demonstrated peacefully for the shutdown of the plant, but the politicians ignored their demands.

Exploitation of the country's abundant natural resources by companies linked directly, or indirectly with the Myanmar army has not only driven the loss of the forest cover , but also exacerbated the country’s high vulnerability to impacts of climate change.

The communities around Tigyit lost around 60 hectares of land, confiscated to make the space for the power station.

That was some twenty years ago now, when construction was ordered by Myanmar's leader Than Shwe, who sought to industrialise the country with help from China. The plant at Tigyit is a joint venture between the Myanmar government, and the China National Heavy Machinery Corporation. 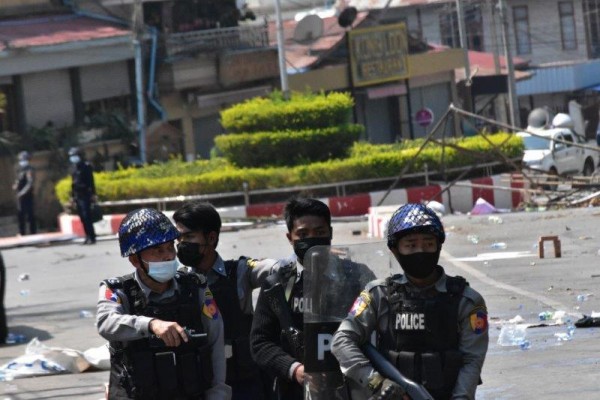 In recent years, new coal mines have been sprouting up all over the country, prompting questions over its commitment to reforestation.

In Tigyit, mining companies resumed illegal excavations on private land , as the country was rocked by the bloody aftermath of the February coup.

The power grab by the military has pushed Myanmar's ruling class even closer to China, after the international community cut off financial services.

The period of quasi-civilian government (2015-2020) motivated grassroot organisations to advocate for environmental protection policies, but they did not prompt the shutdown of the Tigyit power plant Government officials were provided with test results showing the activities of the Chinese-operated company have continued to negatively impact local people.  .

"Many of us hoped that after Aung San Suu Kyi won elections, she would hear the appeals of ethnic people," says Khun Oo, the chairman of Pa'O Youth Organization, based in Taunggyi, the capital of Shan State.

Instead, the civilian-led NLD government planned even more coal-fired plants to meet its ambitious electrification targets.

The end of 2020 left the observers with unanswered questions.

The NLD had not delivered its final plan for energy generation, including the new power plants.

Hopes for a cleaner energy future in Myanmar are now even further away then before , with no clear plan in sight. 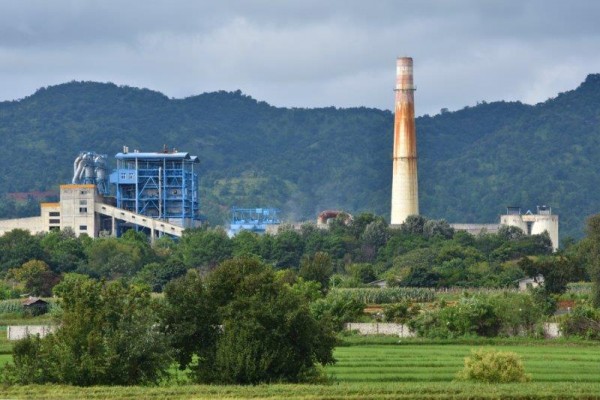 For the leaders of civil society organisations who have been fighting for environmental justice, the coup of February 2021 foreshadowed the end of their public advocacy.

Fearful of being detained for their past criticism of abuses committed by the army, many had joined the ranks of street protesters before the generals launched the violent crackdown and issued the arrest warrants for prominent activists.

Desperate for foreign currency , the junta has decided to auction tens of thousands of metres of timber seized under the previous government .

In addition, new permits have been issued for logging forests, prompting the Environmental Investigation Agency, to question whether the funds raised will not go towards the continuation of the brutal repression of the Myanmar people.

Although both the US and Canada have imposed sanctions aimed at curbing the timber trade,  their impact remains limited as the trade goes through illicit channels to China and Thailand.

In addition, a recent Global Witness report found that the military tightened its grip on the lucrative jade mining sector, alleging that junta leader General Min Aung Hlaing, "profited from bribes as corruption of the jade industry worsened in recent years' '.

In Tigyit, the destruction of the forest area disrupted the ecosystem, and the loss of forest and farm land resulted in impoverished indigenous communities which have in some cases been forced to relocate.

The Chinese operator has committed to paying the costs of damage caused by the plant, but even before the coup, the local people reportedly saw little movement towards compensation.

"We have cases of miscarriages, confirmed by hospitals," says Ye Lin Myat of MATA, a Myanmar based organisation monitoring the situation in Tigyit. "We made a list, and the reason behind the miscarriages appears to be lead, which we detected in the hair of the children".

MATA partnered with Greenpeace, and WaterKeeper Alliance to conduct the necessary testing.

The results were shared with authorities but no changes were made and people are still continuing to use contaminated water.

Myanmar is rich in coal, oil, and natural gas, which account for over 40% of its exports.

Even under the previous government, the military retained control of the country’s mining, oil and gas industries.

The military-owned businesses such as Myanmar Economic Holdings Limited (MEHL) had amassed billions of dollars despite the sanctions imposed after the outcry over the military operations against the Rohingya in the Rakhine State, which is rich in oil and gas.

With China, Russian and some ASEAN nations facilitating the exploitation of Myanmar's resources to the advantage of the junta, the question is will the restoration of democracy happen in the foreseeable future ?

Even if it does, it is not guaranteed it will ensure the rights of ethnic people living in the resource-rich areas, that have to date only seen the adverse impacts of their extraction.

This story was produced with support from the Rainforest Journalism Fund in partnership with the Pulitzer Center.