Something is spurring Pakistan’s women into action. A rising demand for accountability and change is bringing what, until recently, had been a largely silent half of the country’s population out onto the streets and public spaces usually monopolised by men.  Reem Wasay reports its a space they are now demanding be open and free to them as well, without fear of attack, abuse and harassment.

Pakistan’s women are not protesting for women’s rights; they are demanding basic human rights – and creating a genesis for gender and cultural upheaval in the process..

This national female outcry has been galvanised with an almost military vigour after the violent September 10th rape of a French / Pakistani woman on a major motorway running between the cities of Lahore (the capital of Punjab province) and Gujranwala.

She was attacked by two assailants when her car broke down late at night - she called emergency services for help but, instead, was dragged off into a nearby field and gang-raped while her children were made to watch. It has been reported that when the police eventually reached the site of the attack, the victim begged them to take her life. Her children were traumatised beyond consolation.

The fact that rape in Pakistan are becoming increasingly endemic is not a secret, but what has changed are women's reactions to it and the clamorous culture of victim-blaming that follows the crime. 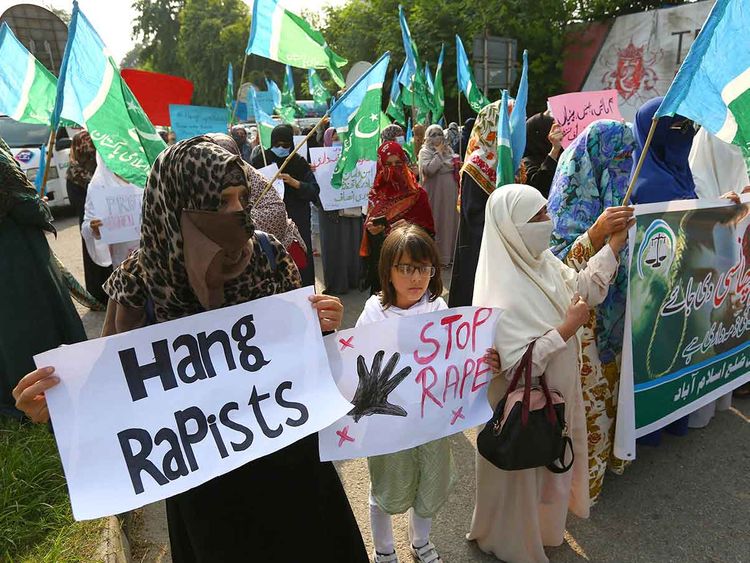 In the wake of this particularly gruesome gang rape, the Lahore Police Chief, Umar Sheikh, went to the national media, and instead of vowing to bring the perpetrators to book, he proceeded to chastise the victim for being out too late, not being accompanied by a male member of her household and for failing to ensure that the petrol in her car was adequate for the trip.

When called out for these remarks, Sheikh had the audacity to state that the victim should not have thought of Pakistan as being like France, where you can roam around at night.

But he didn't stop there. In front of a Senate panel hearing he claimed the rape occurred because the victim travelled alone at night without her husband’s permission.

He was later forced to apologise for his comments, but did so in such an insincere way it merely intensified women's protests across the country. 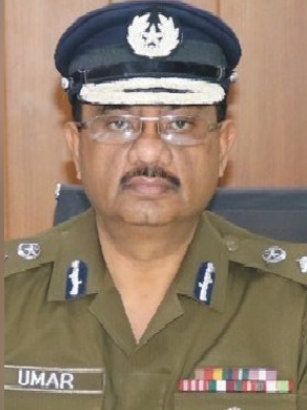 Rape and violent crime culture continue to be pervasive in Pakistan. It is this mentality, this Machiavellian pact between primitive perceptions of patriarchal control and impeaching the victim to limit gender mobility that has fired up Pakistan's women - women who are marching on the streets of the country's largest cities.

Pakistan's social conditioning stresses that rape and violent crimes against women occur through a fault of their own volition.

This affords protection to the male - a normalisation of rape and the systemic accommodations it affords the perpetrators and their apologists.

And this has been the norm since the introduction of the Zina Ordinance by military dictator Zia ul Haq in 1979 – his Islamisation drive in the country was particularly regressive, driving it back centuries in jurisprudence and women’s well-being.

The Zina laws were incredibly discriminatory and oppressive towards women – cases of rape could be proved as cases of adultery if the woman couldn’t produce male witnesses to the crime and prove the rape had occurred. A woman’s testimony was excluded on the whole. 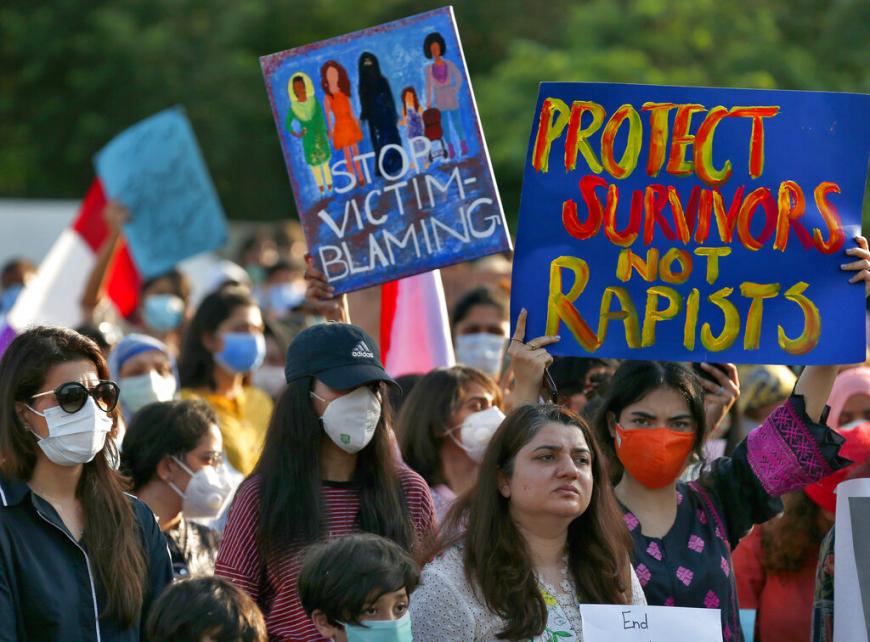 The majority of rape cases and honour crimes go unreported, precisely for this reason. There is hardly any recourse for the aggrieved, and the routine blaming of women for the crime against them is just one part of the cruel joke that is gender rights in the country.

In 2018, The World Economic Forum’s (WEF) Global Gender Gap Report ranked Pakistan at rock bottom when it came to gender equality in the streams of education, health, economic opportunity and political empowerment amongst 149 countries – Pakistan blundered and fidgeted its way behind door 148, just barely above Yemen, where a proxy war and forced famine have rendered gender issues to a stalemate of inconsequence.

Since the furor following the motorway case, more and more rape and sexual assault charges are coming to light – many of the victims are children, some raped in seminaries or religious schools.

But accusations are rarely ever converted into charges and comeuppance.

Pakistan’s women have an uphill struggle to rage against a social construct that has debilitated and harmed not just them but minorities and children as well.

What started as a anti-rape culture protest has now developed into an anti-government protest.

Those women involved will need to brave the battle that demands legislative and institutional change – from a fortified stronghold of patriarchy and control.