Pakistan's response to the COVID crisis is being seen as a leap from crisis to crisis with the government of Prime Minister Imran Khan doing little to contain the threat or the bad press its lack of directives are receiving, writes Reem Wasay. Wasay is a previous Op-Ed Editor of The Daily Times, a secular newspaper published in Pakistan. She is now based in Auckland.

As cases of COVID-19 surge around the world, Pakistan is fast emerging as a textbook study of a country coughing and spluttering from one dysfunction to the next – the pandemic harshly outlining structural fault lines in the nation’s healthcare, political, social and even religious systems.

It is fast being written off by the global community as a super-spreader, quickly becoming even more of a pariah state than before. Pakistan notoriously still remains one of the last three countries in the world that has failed to eliminate polio, a damning indictment on how a manageable health crisis can become overblown because of suspicious societal attitudes and criminal negligence of eradication efforts.

The COVID pandemic has pushed the polio agenda further under the rug, with frontline healthcare workers and the public/private hospital nexus at chokehold capacity, and paused immunisation campaigns.

So far this year, 50 people – most of them children – have contracted polio in the resource-starved country.

Prime Minister Imran Khan’s government is being criticised for its mishandling of the public health crisis.

In March, when countries all around the world were warily embracing the reality of full shutter lockdowns, Khan poo poo-ed the virus as nothing more than a “flu” in a Trump-esque televised speech. This not only served to pacify a predominantly daily wage earning public but gave free reign to the caretakers of religiosity and consumerism to carry on with their businesses, spiritual and commercial.

A religious gathering of some 250,000 worshippers of the Tableeghi Jamat, an evangelical organisation, in early March, as well as the return of religious pilgrims from Iran are now recorded as being the links for as many as 60 percent of all COVID cases in the country.

Pakistan remained the only Muslim country to not shut its mosque doors and seminary clerics down to curb the spread of the virus. Whilst other Muslim countries were drastically decreasing their religious events and access to gathering grounds, Pakistan kowtowed to the demands of the clerics who refused to lockdown their mosques and their coffers where Muslims congregate as many as five times a day to offer prayer and prostration.

Many mosques in Pakistan opened their doors to worshippers. Photo: Wikimedia Commons

Meanwhile, frontline healthcare workers started protesting against lack of access to PPE gear whilst planeloads of equipment and medical aid were sent to the US in a ‘show of solidarity’.

Cases started to increase exponentially by mid-March, lockdowns were begrudgingly imposed and, for a while, it seemed as though the country would leverage some fraction of control and containment.

When cases started to skyrocket, Khan’s government – inexplicably - lifted all restrictions freeing up markets and bazaars right before the Muslim festival of Eid, which marks the end of Ramzan, a month of fasting. This was on May 9.

Now, in July, Pakistan has recorded a steady explosion of cases, clocking in an average of 5,000 a day. The people, left largely to their own devices, are instructed to follow their own SOPs and are accused by government officials of being “illiterate” for failing to do so. With a lack of directive and determined leadership in a country with a mere 60 percent literacy rate – what exactly did Khan’s government expect?

‘Smart’ lockdowns have now been imposed but the damage has been done. An overwhelming majority of the casual wage-earning public thinks of COVID as little more than a government conspiracy, whilst a large proportion considers it to be little more than a seasonal virus.

Market places and offices are thronging with people who do not wear masks and who do not consider personal space a necessary precaution because, for them, the treat is not real. Meanwhile, COVID patients are being turned away from overflowing hospitals, plasma from recovered patients is being sold on the black market, and pharmacies are devoid of life-saving drugs.

Testing has decreased and thus, so, have the numbers of recorded cases but social media is rife with stories of how someone knows someone else who has either been afflicted with or died from the virus. 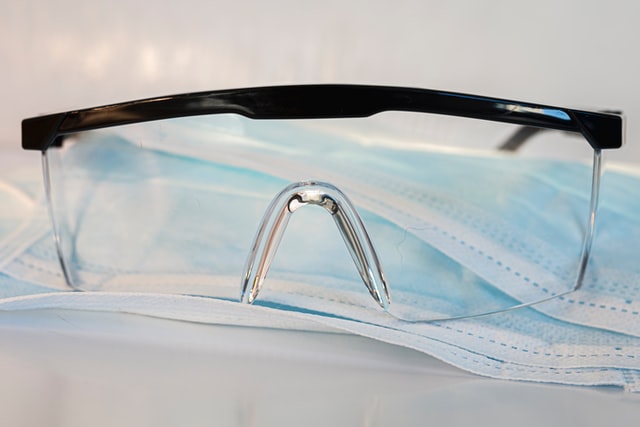 Issues over PPE have been a point of contention in Pakistan during the COVID pandemic. Photo by Mier Chen on Unsplash

In the recently announced budget for financial year 2020 – 2021, $7.85 billion have been allocated to defence spending, whilst a lacklustre $151 million have been set aside for health. This is a clear citation of government priorities, which seem to have never really been about the people.

Pakistan is facing even more scrutiny - international and otherwise – not just in its COVID response but in its aviation sector in what CNN described as “the most extraordinary story in aviation” and not in a good way.

After the crash of a Pakistan International Airlines (PIA) carrier that killed 97 people on May 22, investigations have uncovered that as many as 30 percent of pilots in Pakistan have fake licences and are not qualified to fly. This means that some 262 pilots do not have the flying hours or the qualifications required to take to the skies.

Carriers around the world who have Pakistani pilots on their staff have stood them down and the country’s main carrier, PIA, faces the threat of being grounded all over the world.

Whilst Pakistan’s uninspired response to the COVID crisis has seen a majority of flight operations suspended in the country, the aviation industry’s ineptitude and criminal negligence is seeing flight operations disbanded on a global scale.

Whilst the country may not be locked down, the people are being locked in with many countries, including South Korea, the US and the EU banning Pakistanis from entering until the virus is contained, an end game that seems a far stretch in a year that just doesn’t seem to be going Khan’s way.

Opinion
Pakistanvotesforchange
Imran Khan becomes the new prime minister of a country wracked with internal fissures and a floundering economy – will he be the change Pakistan needs? More >
by Reem Wasay