As part of its response to the COVID-19 pandemic, New Zealand has been talking to, and working closely with, its partners across the region. These discussions have included senior diplomats from a number of Indo-Pacific partners – New Zealand, Australia, the US, India, Japan, the Republic of Korea and Vietnam.

The group has reportedly been talking regularly since late March, enabling New Zealand and the other participants to share ideas and best practice for responding to the global pandemic. Graeme Acton spoke to foreign policy experts David Capie and Alex Tan about what could come next.

“I’m especially proud of the work that we’ve done in the Indo-Pacific region” he told reporters in Washington.

“And we’re working with our friends in Australia, in India, in Japan, New Zealand, Republic of Korea, and Vietnam to share information and best practices, as we begin to move the global economy forward.” he told US media.

“Our conversations certainly involve global supply chains, keeping them running smoothly, and getting our economies back to full strength, thinking about how we restructure these supply chains to prevent something like this from ever happening again.”

It has been dubbed the “Economic Prosperity Network” by the US, but the talks have led to suggestions that New Zealand has, or soon could, become a member of the “Quad” group of nations.

“Prior to the pandemic, I personally thought that the Quad concept wouldn’t go far,” University of Canterbury political science professor Alex Tan said. “The US and Japan have been talking about this in line with the introduction of the 'Indo-Pacific' concept, as a replacement for the 'Asia-Pacific', which has had a different emphasis."

Professor Tan added that many countries in the region are hesitant about the Quad idea for fear of offending China.

“China is a huge trade partner for many of them - but the COVID-19 pandemic is stimulating a rethink on all this because nations are concerned about over-reliance on China for exports and import markets,” he said.

“It is not hard for countries to do that, as China is a trade partner for many - if not all - countries in the world, but few of these countries treat China as an ally. It does not take a lot of bad behaviour from China to push countries to the other side.”

The Quad concept has its origins in the first government of Shinzo Abe, as Japan and the US were only starting to come to terms with the potential challenges China would present to regional security.

In 2007, then-Prime Minister Abe proposed a coming together of Japan and regional partners Australia, India and the US - based on their shared democratic backgrounds of mutual concerns about regional security.

In November 2017, representatives from the four governments discussed a return to the Quad grouping. In statements released at the time by the US State Department, a meeting in Manila looked at issues including maritime security, international law and the nuclear threat of North Korea, as well as deepening security cooperation.

David Capie is Director of the Centre for Strategic Studies and an Associate Professor in International Relations at Victoria University of Wellington. He's somewhat sceptical of talk suggesting a "Quad +" arrangement could be in the wings.

"There’s a lot of different names being bandied around and not a lot of detail," he said.

"But if the Economic Prosperity Network idea were to evolve into some sort of grouping that set standards or designated ‘trusted partners’, it would be incredibly surprising if New Zealand didn’t want to be involved."

"That was the logic that underpinned TPP, and it’s clear the government wants to find a way to get a better trade relationship with the US, and to keep the US engaged in the region. "

Despite no specific mention of containing Chinese power, the underlying conjecture remains that the Quad could be the catalyst for a more formal security organisation, with the inclusion of other governments in the region, including New Zealand. Singapore and South Korea have also been tagged as possible future members.

Tan suggested China is likely to be rather annoyed at that prospect.

“Of course, but what can they do?” he said, “China’s hard-edge diplomacy in response to the pandemic does not help at all and Beijing definitely needs to clean up its image as it has used the pandemic as a cover to bully Vietnam and the Philippines in the South China Seas in the last few weeks, and they’ve also been sending naval forces into waters around Taiwan.” Tan is also predicting a divide-and-conquer strategy from Beijing over any perceived threat that nations across the Indo-Pacific would coalesce around common issues outside the official forums like ASEAN, the East Asia Summit, and APEC.

“China will do whatever it takes to split the unity of any group, by picking on the weaker links.”

“Already, China is pushing back hard on Australia’s call for an investigation into the pandemic outbreak by retaliating on the beef and grain exports, and that issue may end up at the WTO.  It’s possible China will do the same to NZ, as we are even weaker than Australia.”

“They will push back, but the effectiveness of the push-back will depend on whether countries are united,” he said.

As nations across Asia plan for the eventual full re-opening of their economies, the recent discussions between Quad nations have reinforced the importance of the ASEAN-led regional architecture, such as the East Asia Summit and APEC, in facilitating cooperation in the region.

Nations look to these regional organisations to take a leading role in coordinating responses to the COVID-19 crisis over the longer term.

“The US has been pushing that Indo-Pacific concept. It has been security-motivated and particularly trying to contain China in mind. But the uptake is slow, as countries are still dependent on China as an export market,“ said Tan.

“But now, with China losing a bit of its lustre following the fallout of the pandemic, countries might be keener to lean towards a new grouping of some kind. China’s attitude to an investigation into the pandemic outbreak does not help.”

"What it will lead to in my view is a decrease in reliance on China for both exports and imports as countries diversify their trade interactions.”

While the Indo-Pacific concept is the US-led initiative, it’s found favour with the current Government.

"For Washington its part of a much more confrontational strategy towards China, one that's here to stay - whoever wins the US election in November".

"New Zealand seems much more comfortable with the way ASEAN uses the term, which is more inclusive, focused on connectivity, not hard security. There is an ambiguity there that creates some wriggle room for smaller players"

"But if US-China ties continue to worsen and a decoupling agenda gathers pace, expect to see more and more difficult decisions for New Zealand to make."

New Zealand has always sought to maintain its solid relations with the US, even in the wake of Washington’s withdrawal from the TPP, and the erratic nature of the Trump presidency in many areas relating to foreign policy – but it also very much wishes to avoid endangering key economic ties with Beijing.

Capie suggested talk of a "Quad -plus" may be premature. "The focus of the meetings so far has been pandemic response, so I think people are getting a bit ahead of themselves talking about how this is some sort of pathway for NZ to join the Quad, which is about political-security issues."

"New Zealand certainly sees some of China’s actions as challenging, but it remains a vital economic partner and I don’t think the government sees value in taking a more confrontational approach, especially now."

"To me, this looks like a useful piece of ad hoc cooperation, not just with the Quad members, but also with Vietnam and South Korea, but I don’t think it signals more than that, yet."

Any return of the Pacific Rim governments to Cold War-type divisions, which were common in the region before the 1990s, would likely add an extra degree of complexity to dealing with New Zealand’s regional interests, in particular with our number one trading partner - China. 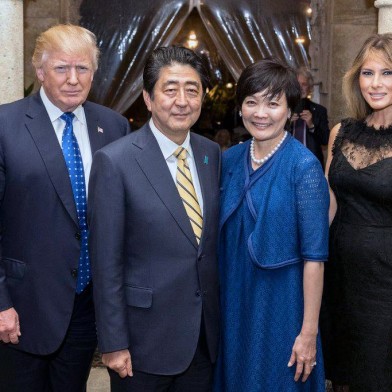 Opinion
QuadrevivalputsNZindilemma
Marc Lanteigne: The revival of the ‘Quad’ grouping in the Indo-Pacific creates a dilemma for NZ as it continues to seek a balance between the US and China. More >
by Marc Lanteigne