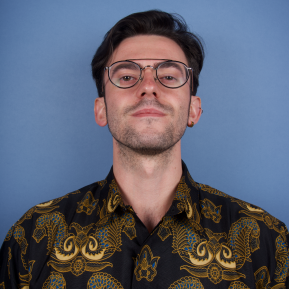 Jamin Jamieson is a project manager for government publishing in Singapore. He has studied and lived in Singapore for the past eight years, specializing in Singapore-New Zealand projects for tourism.

As the global response to COVID-19 ramps up, the Asia Media Centre takes a look at Kiwis on the ground in Asia and how they're dealing with it. Here's Jamin Jamieson, based in Singapore.

For the past eight years, I have been residing in the orderly comforts of Singapore.

In a matter of weeks however, these patterns have up-ended, and all normality has been reversed. Another kind of order permeates now - an empty Singapore. As of writing, masks must be worn for any activity outside the home, with harsh penalties for non-compliance.

Looking back over the past two months, it is difficult to recall how we even got here.

By all accounts, the journey to pandemic in Singapore can be described as fast-slow-fast.

There was an initial scare in January, when the news broke of a new virus apparently descending out of Wuhan. Queues formed at our beloved pharmacies, Watsons and Guardian, to purchase masks.

For the vast majority of Singapore’s population, SARS was not too long ago. In 2003, schools closed down for one week (before the advent of home-bound learning) and office workers were forced to call each other over landlines.

By February however, complacency took over. Singapore cancelled our hundreds of weekly flights to China, yet I was still looking forward to visiting Korea in May.

My parents were due for a visit from Auckland in late April. It seemed that for the ‘Wuhan Flu’, as some Singapore geriatrics called it, the jig would be up shortly.

But unlike its cousins ‘SARS’ and ‘MERS’, with whom we have been very familiar in this part of the world, this new influenza would cripple Singapore in a few weeks.

At the outbreak, the prime minister himself even advised us to not wear a mask unless we were sick, in order to protect stocks needed for essential workers.

A mad dash on toilet paper in early February was met with online ridicule, as were all so sure our steady trickle of  seven to 10 cases a day could go no higher.

In my own capacity in a local media publisher, we used our office time productively to spread the Prime Minister’s message in creative fashion:

However, the books are now out that two things that should have gone very right in Singapore, have indeed gone very wrong.

This brings up to speed with the current situation, where the circumstances are clearly becoming worse by the day.

As of early April, the Singapore government has mandated a ‘country-wide circuit-breaker’. Stopping short of a full lockdown, we now face penalties for any activities outside the home deemed non-essential.

As the global situation worsened, Singapore recalled all its foreign students and citizens home. The rationale being that Singapore, with its world class medical facilities and an army of civil servants monitoring and checking on the returnees, would be able to identify and control any imported cases.

Checking temperatures at Changi Airport as the Covid-returnees pile in. Credit: Xinhua

That was the first thing that did not exactly go according to plan. I have heard a few too many stories through my own network where an overseas Singaporean came back home, only to infect the rest of their family during their Stay-Home-Notice (SHN) and virus incubation period.

This unfortunate circumstance was exacerbated by the fact it is common for three generations of Singaporeans to occupy one household.

Shortly thereafter, luxury hotels across resort island Sentosa were mobilized (though temporarily vacant!) to house returning Singaporeans and monitor them for an onset of symptoms. Zoom parties included.

The unfortunate second mistake that led us to the current times has been the unrelenting spread of the virus through the migrant workers dormitories.

Earlier this month, Singapore surged above 3,000 cases-nationwide, with the majority of clusters occurring in the questionably outfitted dormitories on the island’s fringes that house the armies of construction workers and laborers that build Singapore’s skyline.

The spread is truly worrying. As seen in a chart by Minister For Health Mr. Lawrence Wong, the number of cases restricted to the migrant worker community grossly outstrips those occurring through community spread in Singapore.

Some in Singapore are definitely less than delighted at this comparison. While Singaporean communities are now home-bound for all matters work, live and play, the migrant workers have been cast as separate data points and not part of the ‘community’ by which we measure community spread.

On my front, it is a little under one percent of the total population that has the virus, and I only know a handful of friends and acquaintances with it.

It has been unfortunate nonetheless. As my weekly Korean classes were moved online, I learnt that my instructor had been struck with the virus in Singapore.

One of my classmates from university in Singapore had their mother fall ill, after a cluster emerged at a church that was still congregating.

My house that I share with four expatriates from China sits right behind Mustafa Centre, now designated a mega-cluster and a possible source point for the outbreak in migrant worker dormitories.

It is truly a complete reversal. Since the mid 1990s, Mustafa Centre has been seven incomprehensible floors of emporium that opens 24/7, every single day of the year.

The selection of goods (indeed, literally anything) and location in Little India makes it a prime location for migrant workers doing their weekly. Now for the first time in years, Mustafa finally closes its doors for COVID-19.

Few expect this ‘circuit breaker’ will end on May 4, but simply take another direction. For now, my balcony provides a lovely breath of the freshest air we have ever had. 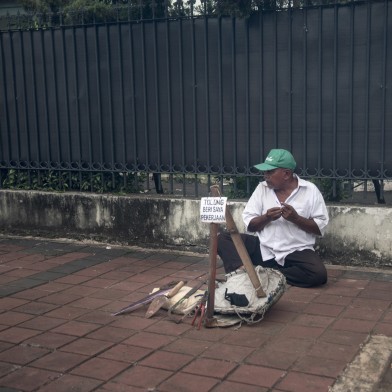 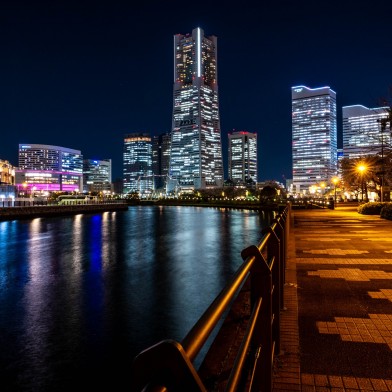 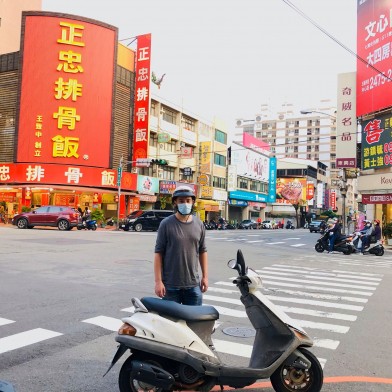