The 30th of September 2021 began with a wave of posts and messages to my WeChat account regarding the decision made by Immigration New Zealand (INZ) to offer one-off residence pathway visas to more than 165,000 migrant workers and their family members currently in the country.

This new visa category, the “2021 Resident Visa”, provides a fast-tracked application process aiming to alleviate pressure on the immigration system buckling under an overload of residency applications.

Long wait times for residency visa applicants have grown even worse as the country battles to control Covid, causing high levels of anxiety and uncertainty among many new migrant workers, even forcing some essential and highly skilled migrant workers to leave the country.

The Covid outbreak has placed further pressure on the country’s immigration system with the acceptance of Expressions of Interest (EOI) being put on hold.

The decision to introduce a new visa category hit the news headlines on both New Zealand mainstream and local Chinese language media. Those headlines were shared on social media and received considerable comment, most of which had a celebratory and appreciative tone.

I came across the word “amnesty” to describe this new policy decision in both English mainstream and local Chinese language media. For example, a news item entitled “Breaking news! Official announcement by Immigration New Zealand: Amnesty for 16,000 people to have their residency on the way” appeared on SkyKiwi – one influential New Zealand local-based Chinese language online media outlet.

The new policy is no doubt good news for the country’s new migrant community of which Chinese comprise a significant part; however, the use of the word “amnesty” really gets on my nerves.

On one hand, I understand how appreciative those eligible applicants are towards the new policy; on the other hand, I am wondering how the official offer of a fast-track immigration pathway for those eligible applicants can be described as “amnesty”, which literarily means an official pardon. Did they do anything wrong against New Zealand’s immigration law which requires a special government pardon?

They are not criminals, but a group of migrant workers who can help to fill in the country’s labour shortage, and contribute to the country’s development, especially during the forthcoming pandemic recovery period.

A typical message I received from one of my Chinese academic friends whose application for resident status has been on hold for almost two years is: “As a highly skilled immigrant here, it is an irony for me that the acquisition of the New Zealand resident status needs to be through a pardon”

Despite the use of the word “amnesty” in the media, as an immigrant academic myself whose research interests are largely around immigration-related issues in New Zealand, I feel the urge to speak out.

While this one-off residence visa is welcomed by the new migrant community, I am not sure how many New Zealanders really understand the significance of this new visa category and its implications in the near future.

To attract skilled migrants to stay for the long term, New Zealand must acknowledge and accommodate migrants’ personal and family interests in the long term.

Controversially, the new visa does not cover the parents of eligible migrants, a group numbering over 5000 people nationwide.

Secondly, while the new visa category has been considered a “good move”, essentially this new visa category is a reaction to the seeming inability of INZ to deal with a long queue of residency applications and the labour shortage in certain industries.

Under such circumstances, to have a one-off residence visa category to fast-track those applications seems to be a simple and quick solution. But this was again New Zealand’s reactive immigration policy in action.

Going back to the early 1990s, the public’s anti-Asian immigration sentiment ran high due to a large influx of new Asian migrants, a combination of immigration policy changes had taken place in 1995 in the wake of the Asian financial crisis, aiming to curb the immigration wave.

Criticism of the 1995 policy change from business groups, and the net migration loss that followed led the government to initiate several changes in 1997 to remedy the immigration decline.

This was also a reactive immigration policy change. More recently, when immigration arrivals reached a historic high, a series of policy changes were introduced in 2016, aiming to reduce the total number of migrants being granted residence.

Usually, the policy changes are very much influenced by short-term immigration outcomes and take place to counteract swings in net migration flow and social responses to immigration issues.

With the generous offer of residency made by the government, I am wondering whether the policy makers have thought about the consequences and implications ahead?

Family members of the roughly 165,0000 eligible applicants for this one-off visa will also be allowed to stay in the country.

With the shrunken economy and a possible decline in job vacancies, some may end up placing further pressure on the country’s welfare system.

Apart from employment, health and other welfare-related costs are also problems one can easily foresee. For many individuals, while the short-term solution for them to obtain the resident status can enhance their ability to find suitable jobs and reduce workplace exploitation, however this short-term solution cannot solve all immigration settlement difficulties.

With the pandemic on-going and the local economy being hit hard, the long period of uncertainty for many prospective migrants and their families will likely intensify the challenges of integration.

Then there is the housing issue. In the media, there are widespread predictions that housing prices will continue to increase, especially in Auckland. According to the pundits, the new migrants coming into the country will fuel the fire.

Personally, I do not agree that the housing price problem in Auckland is purely due to immigration, but I am worried that the new migrants will be blamed as the cause of the price hikes.

Lastly: Where should New Zealand position itself in the global competition for skilled migrants during the COVID-19 pandemic period?

The pandemic has impacted on the world order, causing some significant changes in human living patterns. Before the pandemic, few could have imagined the possibility of an overall halt to human mobility, closure of borders on a global scale, and decline of the aviation industry.

Amid the global pandemic crisis, border-crossing mobility has often implied new health risks and other hazards. It appears that Covid will remain with us in one form or another for the foreseeable future.

The so-called “new normal” implies sporadic stoppage of flows, home-based activities, different forms of closure and shutdown will continue to be an established life pattern for a while.

Under this pandemic context, the positive connotations of mobility and migration, such as freedom, opportunity, liveliness, and hope are yielding to their inverses - control, lack of opportunity, deadliness, and despair. 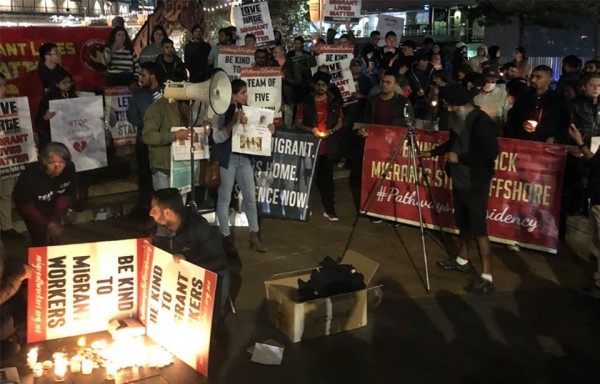 These changes brought by the pandemic regarding both health and physical safety have forced many to ponder the costs and benefits of moving and migrating.

On one hand, the spread of a highly infectious disease has challenged the conventional view of the benefits of globalisation and mobility and has exposed and amplified longstanding negative aspects of migration.

On the other hand, migration is critical to ensure that the shortage of labour in health care and other primary industries in many countries can be filled to efficiently respond to the pandemic.

Australia is actively recruiting more intensive care nurses in preparation for the border reopening in November this year. Canada is inviting people to apply for residency through an innovative “express entry” programme and has initiated a temporary pathway to permanent residency and increased its immigration targets.

New Zealand is being seen as one of the desirable destinations for many skilled migrants, and should think carefully about what to do next in this highly competitive global market of labour shortages and skilled migrants.

Perhaps re-engineering immigration policy to attract migrants to come and stay is one goal.

In the meantime, working on how to balance immigration needs and social services for the eventual re-opening of New Zealand's borders, and providing sustainable support for migrant settlement and integration in the post-pandemic era is another.

Dr Liangni Sally Liu (刘良妮）is a Senior Lecturer in the School of Humanities at Massey University in Auckland. Her primary research interest is in Chinese transnational migration, and her broader research interests include international migration, immigration policy, migratory mobility associated with migrant sexuality, ethnic relations between migrants and mainstream/indigenous people, and the media influence on ethnic relations.

Opinion
TheChinese-Kiwiidentity
As a Chinese Kiwi, an immigrant who has been living in New Zealand for 20 years, it is pretty odd to be reminded by someone to “maintain motherland’s dignity”. More >
by Portia Mao 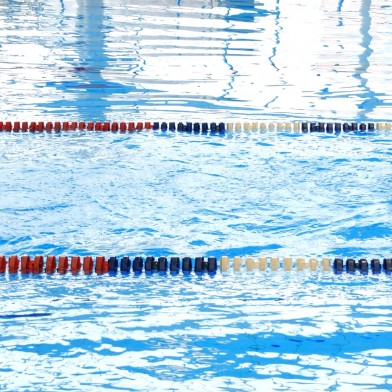 Features
Swimmingclassesmakeasplash
Esther always wanted to learn how to swim when she was a child. But it wasn’t until she arrived in New Zealand as a refugee that she got the chance.   More >
by

News
Ak'sIndianbusinessdiaspora
Business leaders are urging the New Zealand government to increase the numbers of trade officials on the ground in India, if this country is to intensify bilate More >
by Graeme Acton