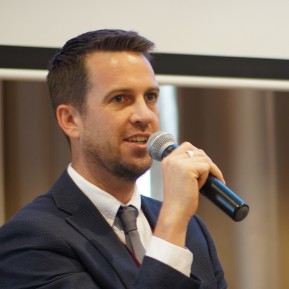 Cameron Sumpter is a Research Fellow at the Centre of Excellence for National Security (CENS).

The attack on two Christchurch mosques back in March plunged New Zealand into an unfortunate club of regional nations that have been afflicted with terrorism in recent years. Ideologies may diverge among different contexts, but the extremism and aim of sowing division are very much the same.

A common theme in the current climate is the use of social media platforms to amplify propaganda and recruit potential assailants or advocates. Whether it’s ISIS-inspired violence in archipelagic Southeast Asia or far-right nationalism down under, the internet has certainly become a prominent yet complex space for both marketing violent hatred globally and trying to curb its prevalence.

With this in mind, the latest iteration of the annual ASEAN-Australia-New Zealand Dialogue in Kuala Lumpur included a panel on the challenges of preventing violent extremism, particularly online.

The wide-ranging discussions on 23-24 September brought together current and former diplomats, academics, analysts and an engaged group of young next-generation leaders from across the region, who added a much needed digital-native perspective to the conversation.

While we gathered in Kuala Lumpur for the ASEAN regional dialogue, signatories to the Christchurch Call to Action were meeting on the side lines of the United Nations General Assembly in New York to move discussions forward and establish more concrete initiatives. More than 30 new countries and organisations signed up, boosting the Call’s membership to 58 entities.

One prominent announcement was the ascendancy of the Global Internet Forum for Counterterrorism (GIFCT) from a forum for tech company members to an independent organisation led by an executive director and overseen by an independent advisory committee comprising civil society organisations. The GIFCT will contain three pillars: Prevent (disrupting content); Respond (mitigating the impact of noxious content); and Learn (empowering researchers).

In remarks to the Christchurch Call leaders’ dialogue in New York, New Zealand Prime Minister Jacinda Ardern said a shared crisis protocol was ready to activate, giving governments clear lines of communication with tech companies in the event of a quickly unfolding situation such as the livestreamed attack in Christchurch.

For its part, Facebook has stepped up training its artificial intelligence to identify live active shooter assaults by attaching cameras to London police officers during firearms training sessions. Tech companies have also unveiled a content incident protocol, which aims to minimise the spread of viral material directly connected to a terrorist attack.

In Southeast Asia, online radicalisation has been a particular issue in Malaysia and Singapore, where authorities have arrested or detained individuals after discovering their online activity. The Malaysian government works with various stakeholders at home and abroad to counter extremist propaganda online, but neither nation has signed up for the Christchurch Call, which is disappointing.

The only ASEAN signatory so far is Indonesia, where extremists have used the internet for recruitment and operations for a number of years. The spread of material online is thought to accelerate processes of radicalisation in the vast nation, given the constant availability of content, but offline activities such as religious study groups are still considered more influential for pulling in new people.

Indeed, both Indonesia and the Philippines have more immediate concerns when it comes to violent extremism. Jakarta is dealing with hundreds of deportees repatriated by Turkey after failing to join ISIS, frequent thwarted attacks, and a surge of violent extremists in its overcrowded prison system.

Meanwhile, the southern Philippines city of Marawi is still gradually rebuilding after a five-month siege in 2017 that killed over 1,000 people, while authorities try to prevent a similar uprising elsewhere.

The GIFCT has stated it will investigate the extent to which algorithms are responsible for incrementally ushering users towards more extremist content. Critical observers argue that contentious social media pages generate passionate user responses and more prolonged engagement, so there is a business interest in directing people towards such material.

In March, Facebook began redirecting users who search for certain keywords associated with far-right extremism to a page run by Life After Hate, an organisation aiming to disengage people from violent ideologies. This strategy will soon be deployed in Australia and Indonesia. Such methods will certainly annoy the casually curious, but time will tell whether they can successfully divert those genuinely on pathways to violent extremism.

Another prevention strategy outlined in the Christchurch Call is the development of “positive alternatives and counter-messaging” strategies, ideally led by communities and civil society organisations. The GIFCT is promoting a ‘tool kit’ devised by the London-based Institute for Strategic Dialogue (ISD), which provides a step-by-step guide to creating an online campaign aimed at preventing extremism.

While ISD may have a range of creative ideas, the problem with counter-messaging is that it’s hard for positive interventions to appeal to the same type type of emotions, and promise the same rewards that extremist organisations can, whatever their underlying ideology. False promises are always easier to sell.

Furthermore, very few individuals radicalise to violence simply by looking at memes and watching YouTube videos. The vast majority of cases involve some form of personal interaction, either with like-minded peers who agitate each other through online feedback loops, or at the hands of a charismatic recruiter. If prevention initiatives are to succeed, they must involve an element of positive interpersonal engagement.

Cameron Sumpter was a member of an Asia New Zealand Foundation-led delegation to the 12th ASEAN-Australia-New Zealand Dialogue held in Kuala Lumpur from 23-24 September.