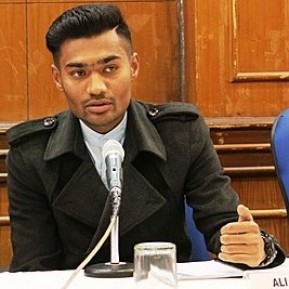 Ali is a Rohingya refugee activist currently based in New Delhi, India. He is one of the founding members of Rohingya Human Rights Initiative.

As the junta tightens its grip on Myanmar following the military coup, the fate of the Rohingya has largely slipped from the headlines. Banished by the Myanmar military, many Rohingya remain in a purgatory of refugee camps on border with Bangladesh. Activist Ali Johar says the central issue remains citizenship for the Rohingya inside Myanmar, a goal that seems almost out of reach at present.

There is a saying in Rohingya, ‘Duniyaye Burmarttun waro Roaingare beshi sine’, which means ‘Rohingyas are better known than Myanmar itself’.

When people talk about the Rohingya, however, they mostly refer to the religious persecution, violence and, in recent years, ethnic cleansing or genocide.

But all these issues are closely linked to how our community has been rendered stateless since 1982.

Meanwhile, significant populations from other ethnic communities in Myanmar are dealing with similar risks of statelessness.

Like the Rohingya, they face difficulties in accessing citizenship documentation and discriminatory laws and policies established by the military dictatorship, which has ruled the country for more than a half century.

As Natalie Brinham of the Institute on Statelessness and Inclusion told me, ‘this is a shared problem that needs a shared solution’.

According to UNHCR estimates Rohingya are the largest stateless community in world. Only about 30% of the ethnic group now reside in Myanmar since most have been forced to take refuge in neighbouring Bangladesh, particularly since the campaign of genocidal violence in 2017.

For non-Rohingya people it is difficult to estimate the number impacted by statelessness as they remain largely invisible in the maze of persecution and bureaucracy. 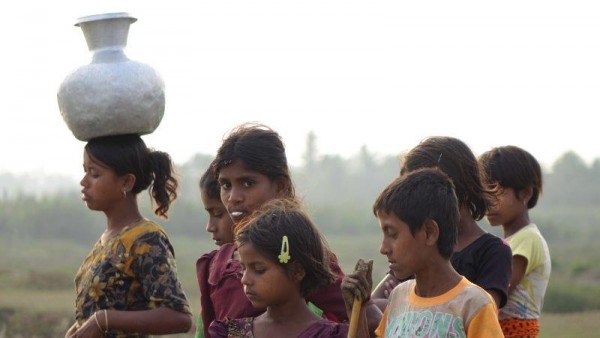 Rohingya at a camp for displaced persons near Sittwe, in Myanmar's Rakhine State / photo AMC

A ground study by the Institute on Statelessness and Inclusion identifies that a significant number of people have no access to citizenship documents in Myanmar.

Ethnic minorities, refugees, internally displaced people (IDP) and returning migrants face particular challenges in acquiring citizenship. For instance, many people who have been displaced within or outside the country do not possess the ‘right’ documents. Htoo, for example, a Christian of Kayah ethnicity, fled to Thailand with his family in 1996 when he was about 20 years old.

After 18 years as a refugee he returned to Myanmar but it was impossible for him to provide the documents required to acquire citizenship:

‘… there needs to be a sibling who provides a recommendation letter. The rest of my family is in Thailand, in the refugee camp. How will I bring them here? And even if I bring them here, they do not have an ID either.’

Myanmar officials also refuse to recognise Thai birth certificates. Therefore, children of refugees born in Thailand are required to have their births registered in Myanmar as well. Those who cannot are likely to face serious challenges obtaining identity cards in the future.

Surprisingly, the situation is the same for those born within the country who could not access birth registration due to the ongoing conflicts, as well as for the many children born in the large Rohingya refugee camps in Bangladesh.

Discrimination in law and practice

Myanmar’s current 1982 Citizenship Law grants ‘full citizenship’ to members of the 135 ethnic groups listed as indigenous by the military state. Unfortunately this list does not reflect the reality of the country’s population.

In acquiring citizenship, the law favours recognised ethnic groups and disadvantages unrecognised groups - discriminating on grounds of race and ethnicity.

It requires no time limit on decision making, nor does it have a mechanism for reviewing or appealing administrative decisions. This has paved the way for corruption and bribery to speed up decisions, or secure a positive outcome.

Rohingya Muslims have been living in IDP camps in Myanmar's Rakhine State since 2012, after being displaced by anti-Muslim violence

The continue to face severe discriminatory citizenship barriers, being unable to meet the evidentiary requirements of a citizenship application as they have no supporting paperwork. In Myanmar's creaky bureaucracy much of the business is still done using paper files and typewriters. No documents can mean you are a non-person.

Citizenship applications also require Rohingyas to be recorded under the term ‘Bengali’ – a stigmatising term in Myanmar that also puts Rohingyas’ citizenship status at risk as ‘Bengali’ is not among the 135 recognised ethnic groups.

This is the case for my youngest brother, born in 2002, who has ‘Bengali’ on his birth certificate. Furthermore, citizenship applications refer to Rohingyas as ‘naturalised’ as opposed to having ‘full citizenship’, which also leads to discrimination and exclusion.

The process is punishment

The costs associated with citizenship applications have been prohibitive, particularly for Muslims, who often face higher charges. Rohingyas in IDP camps lack access to work and, having lost property in the 2012-13 violence, have severely reduced household income, making applications unaffordable for most.

In addition, due to religious discrimination, Muslims, including Rohingya and Kaman, are required to pay for the costs of security to access appointments, transport costs, broker fees and other extortionate unofficial fees or bribes.

The Bamar population are listed among the 135 groups and should have straightforward access to citizenship. In practice, however, this isn’t always the case. Aung, for example, a Bamar Muslim in his late 60s, was asked to show 16 different types of documentary evidence – including his parents’ and his grandparents’ documents – to confirm his identity and prove his ethnicity for his Citizenship Scrutiny Card (CSC).

Like hundreds of individuals from his village, all of whom were from religious minority groups, he did not have these papers.

Anyone anywhere in the world might struggle to gather such documents, let alone remote villagers affected by poverty, discrimination and conflict.

In my case, my grandparents were holders of CSCs but the military confiscated them a decade ago and issued temporary white cards, which labelled our family as ‘Bengali’.

A shared solution is needed

The arbitrary and discriminatory denial of documentation and the issuing of incorrect documentation impacts many aspects of individual, family and community life in Myanmar.

Rohingyas and other ethnic minorities have experienced blocks to education, loss of livelihoods, loss of land and property, difficulties in travel and obstacles to healthcare. These challenges also cause significant mental trauma.

This is a shared problem that needs a shared solution, but the political context in Myanmar is fragile.

The violent aftermath of the military coup in February 2021 under the leadership of Min Aung Hlaing prevented the formation of a re-elected civilian government. The military detained thousands of elected civilian-politicians, including Aung San Suu Kyi who now faces imprisonment for at least two years.

Subsequent countrywide protests escalated into armed conflicts and more people are now fleeing the country or being internally displaced. Many civilians who took part in protests are reluctant to visit government offices for documentation for fear of arbitrary detention.

This violent political context has only made the citizenship status more precarious for many ethnic groups. The National Unity Government – which enjoys popular support from civilians – no longer has the power to address the problems of citizenship documentation. The military may lack popular support, but they govern the country.

Ali Johar is a fellow at the Social Change Initiative Born in Myanmar, he is a Rohingya activist advocating for stateless people and refugees, and has been widely engaged in improving access to health services and legal aid for Rohingya refugees.