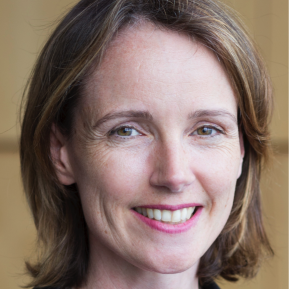 Indonesia is Southeast Asia’s largest country: an archipelago of thousands of islands with a population of over 260 million. It is one of Southeast Asia’s livelier democracies and has made huge strides in reducing poverty, while also contending with ongoing struggles and tensions over access to economic resources and political power. The University of Auckland's Natasha Hamilton-Hart takes a closer look at Indonesia-New Zealand relations in a time of pandemic.

Like the rest of the world, Indonesia has been deeply affected by the Covid-19 pandemic, which has tested the capacity of its government to distribute economic aid and manage the disease. Its President, Joko Widodo, is a popular leader, albeit with somewhat tarnished reformist credentials, now in his second term and governing in alliance with his previous political opponents. It is not surprising in these circumstances that Indonesia is largely domestically-focused. According to Indonesian policy observers who shared their assessments recently at an online dialogue hosted by the Asia New Zealand Foundation, the economic and health challenges of Covid have been the ‘first, second and third’ priorities of the government. Nonetheless, they reported that several foreign policy issues loom large on the horizon.

First of all, the pandemic itself has a geopolitical dimension, in terms of arranging access to medical supplies and any eventual vaccine. China’s support for Indonesia in this respect is something that its political leaders have welcomed.

Yet in a context of rising United States-China rivalry, Indonesia treads a difficult line aimed at maintaining its traditional commitment to foreign policy independence. In this atmosphere, even a choice of vaccine may carry unwanted connotations and provoke a response from the other side.

Secondly, such spill-overs from U.S.-China contestation are potentially unfolding in other areas, as regional supply chains are reconfigured.

Although Indonesia has maintained an official stance of nonalignment ever since its independence, it leaned heavily towards the U.S. and the West under the authoritarian rule of former President Suharto who ruled for 32 years until being ousted amidst the financial crisis and pro-democracy protests of 1998. Since then, it has become increasingly close to China, which has become Indonesia’s largest export market and an increasingly important source of infrastructure finance and investment. China’s much-vaunted Belt and Road Initiative (BRI) was formally announced in Indonesia in 2013, and the country hosts a major railway project led by China.

Indonesia has no wish to give up the benefits of Chinese finance or the services of firms such as Huawei, which provide technologically advanced telecommunications infrastructure at a highly competitive price.

Yet, members of Indonesia’s foreign policy community are also concerned about China’s increasing assertiveness in the South China Sea, where it has stepped up its island-building activity in support of its disputed territorial claims.

Earlier this year, Indonesia took the unprecedented step of issuing a formal diplomatic note to the United Nations noting, among other things, that the so-called ‘nine-dash line’ map that China uses to defend its territorial claims is not recognized in international law.

China’s BRI projects in Indonesia have also been dogged by delays and disputes over land acquisition and complaints over the alleged use of Chinese labour. Thirdly, Indonesia shares with New Zealand a concern with the erosion of multilateralism, both in the region and globally.

The deliberate handicapping of the World Trade Organization’s dispute resolution process by the U.S. – an escalation of its longstanding claims that the WTO is unable to deal with China’s business practices – thus causes concern in both countries.

Both Indonesia and New Zealand are party to the 16-member Regional Comprehensive Economic Partnership (RCEP) that is expected to sign a much-delayed regional trade agreement in November.

The RCEP agreement will go forward, however, without India, which has pulled out of the agreement, and although it is welcomed, RCEP’s conclusion is not expected to generate the major gains from trade and investment liberalization that a more ambitious agreement might have achieved.

On the other hand, it is important not to dismiss the importance of even maintaining the status quo, giving rising pressures for protectionism in many countries.

Indonesia itself is not immune to such pressures. It remains less open to trade and investment than several of its Southeast Asian peers, with several business niches protected from foreign competition, often to the benefit of powerful business elites.

Indonesia’s wariness of liberalization, however, resonates with a popular, longstanding political commitment to achieving “food self-sufficiency”, which in Indonesian law is given priority alongside “food sovereignty” and “food security”.

New Zealand’s recently-concluded WTO dispute with Indonesia, which ruled that Indonesia’s restrictions on beef imports were inconsistent with its WTO commitments, illustrates the way a desire for food self-sufficiency conflicts with the more liberal trading rules that New Zealand has favoured.

Despite their differences, New Zealand and Indonesia often see the world in similar ways. As democracies with popular mandates to deliver a fairer economy to their citizens, both filter foreign policy through domestic lenses. Both realize that they benefit from a “rules-based” international order, even if great powers inevitably bend the rules at times.

Thirdly, both wish to engage independently with all countries and would prefer not to be forced to take sides in great power disputes.