Derek Gill has researched, taught and published on a range of public policy, regulatory and management issues. His previous experience spans a range of senior public service roles.

Derek Gill shares four observations on China's astonishing growth and why it's important to New Zealand.

1. China is too big and growing too fast to ignore

The last 30 years have witnessed one of the greatest economic transformations in human history.

In contrast to earlier economic transformations, such as the Industrial Revolution in Britain, the transformation in China has been readily observable and has occurred within a generation. This generation has witnessed the growth of a new middle class – with whole new cities springing up, new housing being built – and they now have access to a basket of goods and services, including overseas travel, that had never been available to them before.

There are three transmission mechanisms make this economic development important to New Zealand:

In a world where the US has retreated from its traditional world economic leadership role to ‘government by tweet’, China now sees an opportunity to fill the vacuum. And once the genie is out of the bottle, it won’t go back. Whatever framework emerges from BRI, it will be different to those that we were used to under Pax Americana.

2. The rules of the game are different

The impact of the rise of China isn’t limited to the way the economic diplomacy game is played. It also means that New Zealand businesses need to understand that the rules of the game are different in what is soon to be the world's largest economy. And the rules of the business game in China are very different. In New Zealand – like other Anglo jurisdictions – everything is legal unless it is illegal. In China, the rules are somewhat different. There are laws, which often suggest a number of things may be illegal, but what is important is what is officially sanctioned by the Party.

The trick, as Alibaba founder Jack Ma, put it, "is to make friends with the state but don’t marry it". One contact described how there was an operating window which provides a safe harbour for private business. Within those boundaries, private business can operate with a high degree of autonomy and no direct interference. But if that business wants to push out beyond the boundaries then it is important to seek official (read: Party) sanction before doing so. Similarly, the boundaries can morph over time, so it is important to ensure from time to time that they are still operating within the agreed window.

3. The way the business game is played is different

In China, as in a number of countries where the formal institutions are weak, long-term relationships are critical to building connections (guanxi).

Business in China is relational rather than contractual. These relationships take years of investment to build up and sustain. And it takes more than a good relationship for relationship’s sake – there must be a clear win-win value proposition.

The striking example from the visit was recognising that China is now the fastest-growing market for New Zealand sheep meat.

In part, that reflects the effort that Alliance has invested in building a business partnership with Grand Farms – a local Chinese firm. It reflects over a decade of effort to build and develop the relationship. The gain comes from being able to move up the value chain closer to the consumer. As one source observed: "Rather than taking part in auctions at the border, we take part in auctions for supermarket display space."

4. The more I know, the less I understand.

This is my fourth visit to China and my first in around a decade. The change that has occurred in the time since my last visit is dramatic. Each visit only served to remind me how little I really understood the country I was in. A wag once commented that based on one week in China, one could write a book, a month and one could write an article, a year and one could write a page.

Accordingly, I’ve limited myself to a couple of pages.

Derek Gill visited China in August as part of the Asia New Zealand Foundation's Track II delegation. Views expressed in this article are personal to the author. 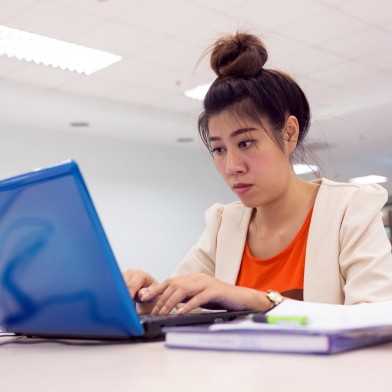