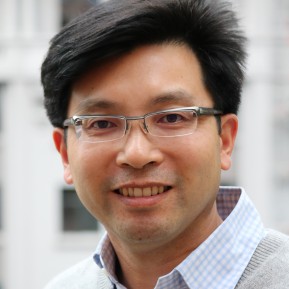 The havoc that has unfolded in the Solomon Islands over the last few days have been shocking – but not at all surprising.

Last week, the capital of Honiara saw three days of unrest as protests against the government turned violent, leading to buildings being torched and reports of looting. Australia deployed around 100 troops to help in peacekeeping efforts and on November 30, the Solomon Islands government officially requested assistance from New Zealand. 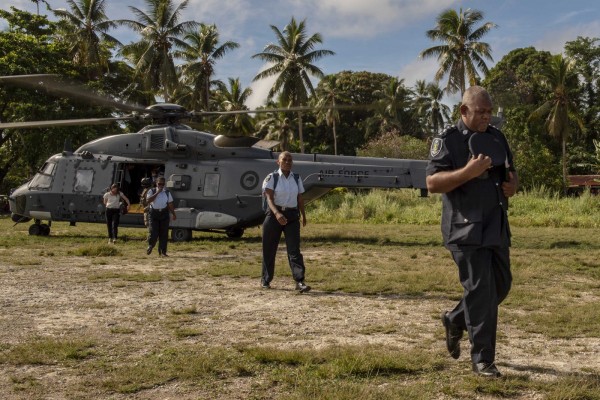 However, for decades commentators have described the Solomon Islands as sitting along an ‘arc of instability’ across the region, from East Timor through to the south-west Pacific states.

Longstanding domestic issues have never been resolved. The flashpoints include widespread corruption amongst the political elite fuelled by power plays amongst competing factions both in central government and throughout the provinces – with frustrations played out amongst impressionable youth incited into violence. Most of the rioters travelled from Malaita – historically one of the Solomon’s least developed provinces, and their story reflects the legacy of inter-ethnic conflict and civil unrest since the early 2000s – referred to as ‘The Tensions.’

Moreover, Solomon Islanders have endured a worsening economic situation, years of delayed infrastructure projects, and blame their leaders for being subjects of foreign influence and interference. This brings broader regional geo-politics into the mix - the United States, for example provides Malaita with direct foreign aid; Australian has played a dominant role in the security of the Islands (RAMSI); and on top of that there is the long-running rivalry for hearts, minds and votes between Beijing and Taipei. 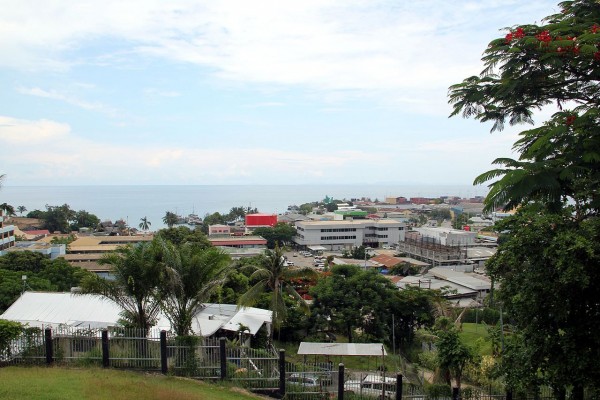 A view of Solomon Island's capital Honiara, taken in 2017. Honiara has been the site of riots and antigovernment protests over the last week. Image: Wikimedia Commons

All of these factors have meant that it has just been a matter of time before a spark caused this overflowing powder keg to re-ignite.

On November 25, what began as hundreds of protesters marching through Honiara soon erupted into a rampage  - a grass hut next to Parliament was torched, followed by a police station and then several buildings in Chinatown. More than a dozen buildings were in flames across Honiara. This continued for another night, with more buildings set alight. The human tragedy is worsened by the economic implications – many of the stores that were left charred were the major source for foodstuffs and essential supplies – and it is the innocent citizens of Honiara that pay the price. But none of this is new. Riots in the Solomons occurred before in 2000 and 2006 – also amidst differences on local political personalities, but also around key questions concerning the role of China and Taiwan in whipping up the frenzy of targeted arson and looting.

On those occasions, while sympathetic towards the plight of ethnic Chinese affected by the violence as the officially recognised Republic of China, Taipei’s response was limited and constrained by the fact that it could not (and would not) offer consular assistance to nationals of the People’s Republic of China (PRC). So it was Beijing that stepped in to offer evacuation to ethnic Chinese wanting to escape. At that time it was in the PRC’s interests to articulate its soft power message as a growing but responsible global citizen with humanitarian concerns; it was also to demonize Taipei as ambivalent and helpless - and more importantly, lobby the local Chinese community as a source of strategic support for a switch in diplomatic recognition. 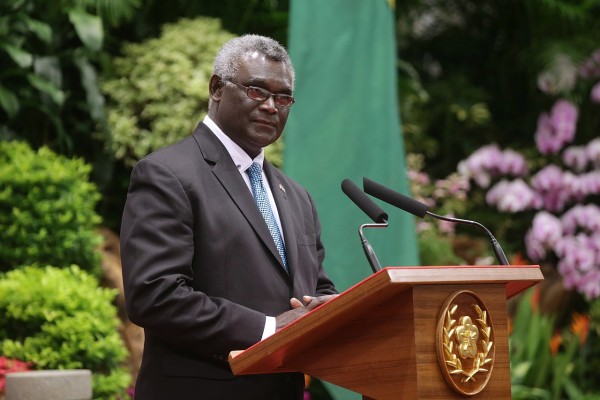 And fast forward to 2021 – what might we expect this time around? Firstly, it is clear that even before the November riots, there was dissatisfaction about the eventual switch from Taiwan to the PRC in September 2019 – with pro-Taipei sentiment lingering throughout the country, particularly in Malaita. Its premier, Daniel Suidani alleged that Solomon Islands Prime Minister Manasseh Sogavare had been offered a bribe to support Beijing. Suidani continued to be vocal in his opposition to the Honiara’s China policy. He went as far as terminating licenses of businesses owned by ethnic Chinese, and then seeking a five month stay in Taiwan for medical treatment. Suidani has since sought and received COVID-19 equipment from Taiwan under an informal arrangement.

What has been Beijing’s response? Will the PRC fly out victims on a chartered jet as they did in 2000 and 2006, and warmly welcome its sons and daughters back to home soil? COVID adds a potential complication, with Beijing’s elimination strategy and quarantine measures posing some likely disruptions if an evacuation was ordered.

The opportunity to broadcast a humanitarian message might be one way of boosting Beijing’s international profile – especially following a string of bad press over the last couple of years. No doubt this would be a calculated decision: lessons learnt from the 2006 evacuation revealed that the preferred outcomes did not meet expectations – far from it: including ‘victims’ taking advantage of the free flights and offerings, and Beijing’s unwillingness to help those perceived as a liability (and therefore exposing other embarrassing issues such as illegal migration and transnational crime).

Furthermore, Beijing’s public relations objective is intended less for bolstering international support and more for raising patriotism amongst its domestic population and the broader overseas Chinese diaspora – and this is where Beijing is being particularly careful in who it is appealing to. Given previous experience, this time the PRC Embassy in Honiara has referred specifically to Chinese citizens (中国公民) in its social media statements - and thereby avoiding responsibility for other non-PRC ethnic Chinese who were accorded consular assistance during the 2006 riots in a conflated effort to embrace all ‘Chinese’.

Taiwan, of course, remains one of the key factors to why Beijing might grow its presence in the Solomons: PRC Foreign Ministry spokesman Zhao Lijian said “any attempt to disrupt relations between China and the Solomon Islands would be futile.” This is especially pertinent given the Malaita position and Suidani’s continued links and engagement with Taipei.

But it is the early move to send Australian soldiers and police into Honiara (supported also by Fiji and Papua New Guinea) to help keep the peace that has sent a strong message to Beijing. Through the 2017 bilateral treaty with the Solomons, Canberra has signalled and asserted to the region that it has taken responsibility and lead for the Islands’ security, and by implication pre-empt any activity Beijing might have been contemplating. So rather than arranging evacuation or other high-profile activity in the short term, the PRC might prefer helping with the re-build of Honiara (perhaps under the auspices of Beijing’s Belt and Road Initiative?). But this would only invite more of the longstanding suspicion and criticism about foreign influence in Solomons politics and business circles. Beijing will be treading carefully and weighing up the pros and cons of any next steps.

Whatever the way forward, it is clear that the Solomon Islands has again become a theatre for geo-political contention. The coming days will demonstrate why the region remains an ‘arc of instability’ – highlighting a string of significant implications for New Zealand’s own security contributions and responsibilities throughout a neighbourhood saddled with risks and challenges, both inside and out.

Dr James To completed key case studies of his doctoral fieldwork in Honiara, examining and assessing diaspora policy in the aftermath of rioting in Honiara and Nuku’alofa in 2006, featured in his book Qiaowu: Extra-Territorial Policies for the Overseas Chinese (Brill, 2014). 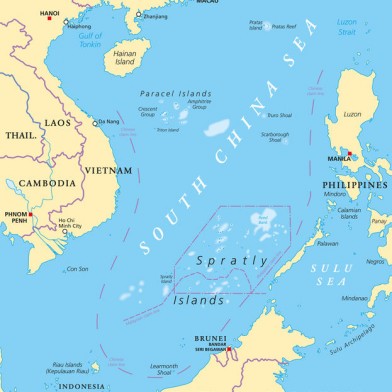 Opinion & Analysis
TaiwanandtheSCS
With Taiwanese President Tsai Ing-Wen's victory, questions are rising over whether it’s appropriate her government re-visits its claims to the South China Sea. More >
by Guy Charlton 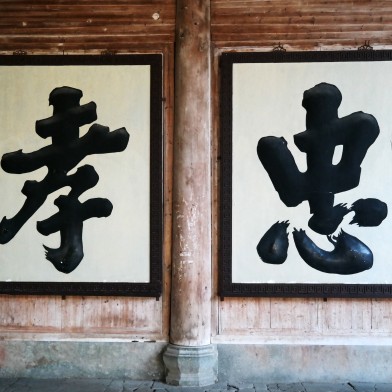