As the year staggers to a close we take a look around the region at some of the major international headlines that have crossed our screens.

2021 – it’s the year that never ends but the year that never really started either. It seemed interminable, but now it’s all but over. Seldom in New Zealand have we had such an urge to close the door on such a difficult time – 1943 was such a year I’m told, as was 1981.

We are in a battle to be sure. But we will prevail.

Across the region 2021 has been marked as a year of conflict, of compromise and of nations marking out new ground for themselves, all with one eye on the march of Covid.

Many were surprised at the emergence of AUKUS, a new military grouping of Australia , the UK and US. Largely viewed as being all about China, AUKUS saw a major rift between Australia and France over submarine-building, but it also promoted a new sense of security perhaps for those in charge in Canberra.

The region was stunned in early February by the military coup in Myanmar, a bolt from the blue which took out any immediate chance of democracy in the country, and many of the NLD’s top leaders at the same time . NLD leader Aung San Suu Kyi faces years in detention, and the party she once led to victory is being seen as increasingly irrelevant, or at least unable to give the people what they want.

The NUG (National Unity Government) now speaks for the Burmese people, but remains in hiding while armed soldiers attempt to enforce the will of the junta on the streets.

While ASEAN has engaged with the job of finding a solution, Myanmar’s generals know they have the upper hand for the moment. With Cambodia now assuming the 2022 role as leader of ASEAN, don’t expect too much progress towards a non-violent end to the dictatorship in Na Pyi Taw.

APEC 2021 in this country proved a triumph of technology, with a virtual on-line gathering of regional leaders actually achieving some policy breakthroughs and agreement over a number of sticky issues. It’s Thailand’s turn in 2022. Virtual or in person - who knows right now? 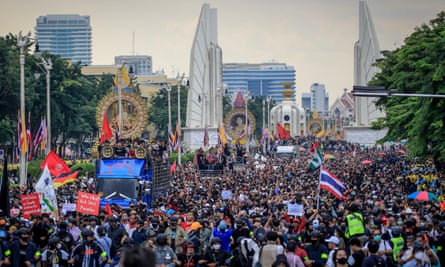 Thailand itself broke into the global headlines a few times this year, with unprecedented street protests targeting the government of ex-general Prayut Chan-o-cha.

But protestors broke with all Thai custom in publicly protesting the actions of their new King, risking a hefty prison term in the process.

For many Thais, 2021 seemed the final straw in the protracted term of a military-aligned government, and in the behaviour of a new monarch who spends larges amounts of time outside the country. The calls grow louder for democratic reform of both the monarchy, and the nation’s political institutions

In China, 2021 saw some moments of raw nationalism, and the sight of a leader setting himself up as the Party Chairman in perpetuity, should he wish to take that option.

The 6th Plenum of the CCP also saw the adoption of “Xi Jinping Thought”, elevating the current party general secretary to the heights thus far only occupied by former leaders Mao Zedong and Deng Xiaoping. The CCP celebrated its 100th Anniversary , and declared “China’s two centenary goals are to build a moderately prosperous society in all respects by 2021 and build a modern socialist country that is prosperous, strong, democratic, culturally advanced and harmonious”.

All this to be done by 2049, the 100th anniversary of the People’s Republic of China.

In Taiwan, the sight of Chinese fighter jets in the sky became a common occurrence as China lorded its significant air power capability over the tiny island. Taiwan was “annoyed, but not bothered” as one Taiwanese MP put it.

But in Canberra, they are bothered. The anti-China feeling is palpable in the Australian media, and the complaints over “economic coercion” are on the lips of many commentators. China needs Australia, Australia needs China. 2022 may well see both nations taking a more rational attitude to the bi-lateral relationship.

In India, 2021 saw the protracted argument between farmers and the government over agricultural subsidies conclude with a dramatic climbdown by Prime Minister Narendra Modi. Serious problems remain however, with an agricultural sector significantly dependent on subsidies that incentivize farmers to grow the wrong things.

As India heads into a new election season in 2022, Modi seems comfortable enough despite a series of setbacks. Having spent more than seven years in the top job, Modi's political opposition still struggles to present a narrative, or an alternative leader with sufficient appeal to voters. 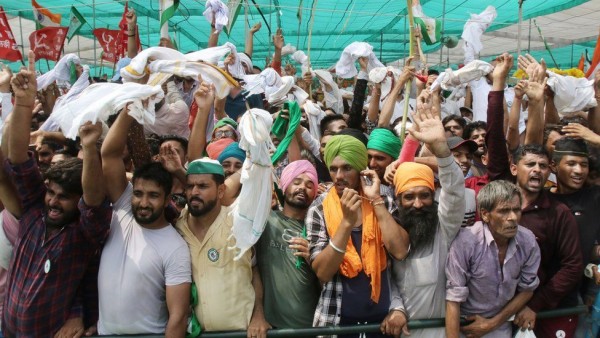 Looking at economics around the region in 2021, and it's all been about Covid and the methods governments have chosen to combat it. As in New Zealand, lockdowns have been a feature in Asia this year, and domestic economies have taken the biggest hit for decades.

Things looked vaguely brighter at the beginning of the year, but major issues with supply chains, a weaker global demand, and the emergence of the Delta variant took hold by the middle of 2021.

Factories remained closed in key markets, and manufacturers had trouble sourcing key components in areas like electronics and engineering.

Supply chain issues will continue to disrupt economies across the region well into next year, if not longer.

In Japan, the world’s largest carmaker, Toyota, slashed its global production by 40 percent in September and October. All the major Japanese companies face the same supply chain issues for components – a situation unlikely to change quickly.

But despite the gloom, most nations in the region look set to bounce back into positive economic growth this year. The next challenge will be the control of inflation.

The IMF says it expects India’s economy to grow a whopping 9.5 percent in the coming year, a figure unlikely to be bettered by any other nation in the region. At the other end of that particular spectrum – the IMF suggests Myanmar’s economy will shrink by 18 percent, as the shaky rule of the junta remains and Covid challenges continue.

Another key theme for many Asian countries in 2021 was the attempt to trigger a rebound in tourism, which had been stymied by around 18 months of Covid-related border restrictions.

Thailand’s move to a “sandbox” tourism model was intended to lead the field, attracting vaccinated western travellers to the beaches of Phuket. While the numbers have been building, they are nowhere near previous volumes in a sector that is vital for a number of Southeast Asian emerging markets, where pre-pandemic tourism accounted for around 11-12 percent of GDP in Thailand, the Philippines, and Vietnam. 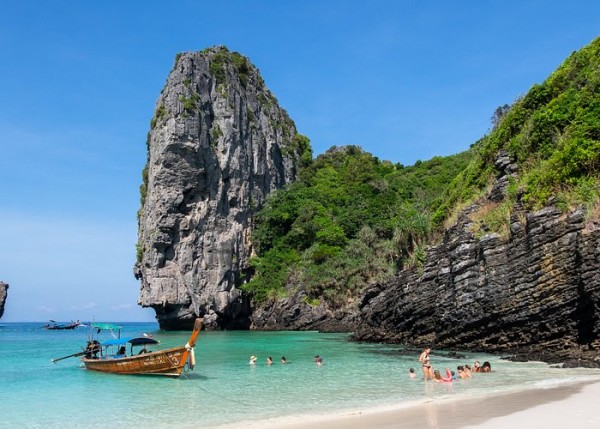 Covid numbers remain at over 3000 a day in Thailand. That's way down on the 21,000 a day seen back in August, but the disease still has a foothold in Bangkok and across the provinces, and the recent arrival of the Omicron variant on the tourist island of Koh Samui has prompted authorities to scrap the quarantine waiver tourists had enjoyed.

Meanwhile in Bali, the hoped-for tourism surge never happened at all, with just 45 foreign tourists making it to the island. For now, the market seems focused on domestic Indonesian tourists.

In China, the focus hasn’t been so much on tourism as real estate, with the financial woes of the giant Evergrande threatening to destabilise the real estate sector and embarrass the CCP. Its debts are estimated at around $306 billion, and earlier this month the company reportedly defaulted on debt repayments.

Quite how such a debt developed without some major flag-waving by the auditors is a mystery perhaps specific to the Chinese construction sector, where many companies remain over-leveraged and under-reported. 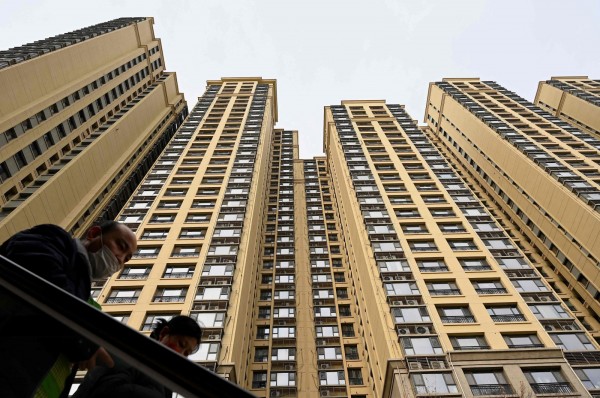 But the complex connections Evergrande enjoys with the entire Chinese banking sector means the future of this company remains a major headache for Beijing, and the possibility remains other similar businesses may also find themselves in trouble.

Elsewhere across 2021 there have been elections in Japan, and in Hong Kong, and in the Philippines Rodrigo Duterte signaled he would be stepping back from the political stage next year. Meanwhile in Malaysia a disgraced politician somehow came back from the dead to become a possible future leader .. we will see.

Japan finally had its moment with the delayed Olympic Games, while a Chinese tennis star accused a top party official of sexual impropriety – and then disappeared from view amid growing calls for an international boycott of the 2022 Winter Olympics in Beijing.

She’s back now, claiming it was all a big misunderstanding.

But as 2021 shuffles off, Covid and its shattering effect on societies from Pakistan to Japan remains top of mind. The Omicron variant, the variant that follows it, will be the driver and the inhibitor for so much of what will roll out across the region in 2022.

- all images under Fair Use