Jack Marshall is the arts and culture reporter at the Gisborne Herald, with a keen interest in Indian politics and history.

More than nine months since the military coup shocked the region, Myanmar's rulers continue their strategy of arresting and silencing their critics - many of them journalists. Only China now has more journalists in jail. In a rare move earlier this week the junta released American journalist Danny Fenster - but for many Myanmar-born journos, the future looks very uncertain. Jack Marshall has the latest.

I spoke to the journalist in the afternoon. He was young, eloquent and living in fear, barely able to leave his room. After we spoke, my interpreter told me he had not eaten that day. Life as a journalist in Myanmar can be a death sentence, he said. In Myanmar, journalists have gone to ground.

“I received a threat stating my mother would be killed if I carry on with my job. Therefore, I've been hiding in a room for the last three months and my movement is very restricted.

"For a journalist, the fear is to be captured or arrested, I would either be severely tortured or killed. But for me, definitely, I think I would die.”

It was not always this way.

After over 70 years of military rule, Myanmar held elections in 2015, bringing the National League for Democracy (NLD) to power, along with its de facto leader Nobel Peace Prize winner, Aung San Suu Kyi, who spent 15 years imprisoned in her home. 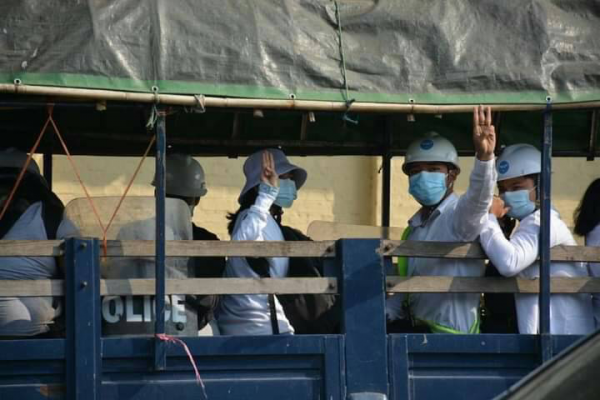 After the election, citizens were given a taste of democracy, even though the military still maintained control over much of government.

However, that flash of freedom quickly dissipated on February 1 when the military resorted to a coup after NLD won the 2020 elections in a landslide, embarrassing the military and threatening their grip on the country.

“There is no freedom of expression or speech allowed,” the journalist said.

"My friend got arrested and released after, however, he is now under surveillance.

"Having a camera on hand is dangerous these days, for anyone really, but especially if you identify as a journalist.”

The underground reporter writes for Myanmar Labour News. Before the military coup, the outlet focused on labour exploitation and employment issues.

Since the army took power, their reporting has shifted to the violence conducted by the military, in an attempt to hold power to account.

"We try to reveal any crimes against humanity on the ground," said the journalist.

But finding information can be difficult when civilians are warned not to associate with activists, protestors or journalists. 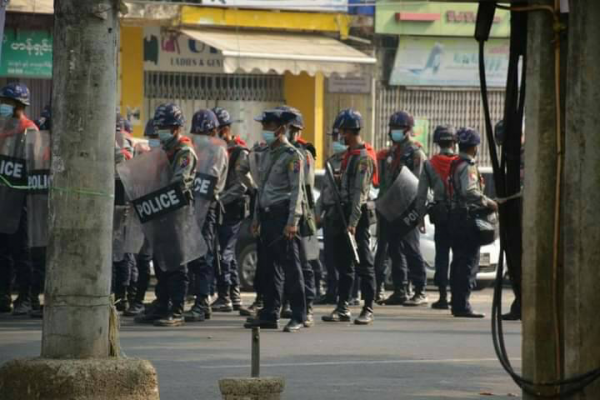 Because his movement is limited, he relies on members of the public and a network of informants to send him information and photos. The reports of abuse come thick and fast.

“Today there were six bombs that went off and the police started shooting randomly,” he said. In a village, about 30 people were arrested and a boy was beaten to death.”

Young people are being targeted by the military, checking on them and beating them up.

But the journalist said the real number is much higher as many deaths go unreported.

A lack of work hurts the whole of Myanmar society.

"Jobs are limited and there are almost no employment opportunities. This is not just in Yangon, this is all over the country.”

The Asian Development Bank has forecast Myanmar’s economy to shrink by 18 percent in 2021.

Petrol has doubled in price since January and everyday items are either unavailable or are becoming unaffordable for many.

"The workers are being pressured by the employers to carry on working but the employers give no respect or rights to the employees. For the labour media, we receive many complaints from employees about the ill-treatment they receive from their employers.”

Since the military junta took control, employers have been delivered a particularly ruthless tool to pressure and exploit those who work for them.

“The factory owners have a list of employees who have or are participating in the protesting and activist activities. So the employers are holding on to those lists.”

The lists also have the names of union members.

"The employers are using those lists as a tool to shut down the employee’s complaints, and employees have been let go a lot in many of the factories."

He said factory owners threaten the workers with arrest, telling them, "I've got a list of people who are participating in the protest and I will report you to the army, and you will be arrested, either you carry on working or I will report you the army."

Even though the employees are mistreated, they must keep working for fear of abduction and hunger.

"Employees have no choice but to carry on working. There are many stories like that that have been reported to me." 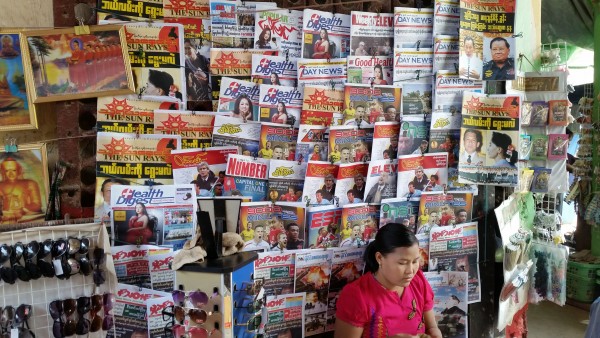 Although the military has the guns, the journalist said cracks in the junta are showing.

"In Yangon and Mandalay, the big cities, the military rulership is shaky now. For example, people are putting up a fight and showing resistance by not paying tax or paying any fees to the army, who we call ‘the rulers’.”

The journalist said the junta is pitting civilians against each other to maintain power.

"They're controlled using traitors and spies. So that people are living under fear, and their movements are restricted.

"However, people are ignoring the military rulers and put up a resistance, people feel like, ‘never mind if we die, we have no life anyway’.”

The journalist wanted the world to know about Myanmar.