From feature stories to personal reflections, these are the best reads of 2018.

1. Fate of the SS Ventnor links Chinese with Māori James To: “We had ‘returned’ to possibly the most significant place in Aotearoa for Māori-Chinese relations.” (Photo: Supplied)

In 1902, the SS Ventnor, a ship carrying the remains of hundreds of Chinese gold miners, sank off the coast of Hokianga. In the years after, local communities gathered bones washed onto shore for safekeeping. James To reflects on the ways the historic event has connected Māori and Chinese.

2. An extraordinary 24 hours in Malaysia 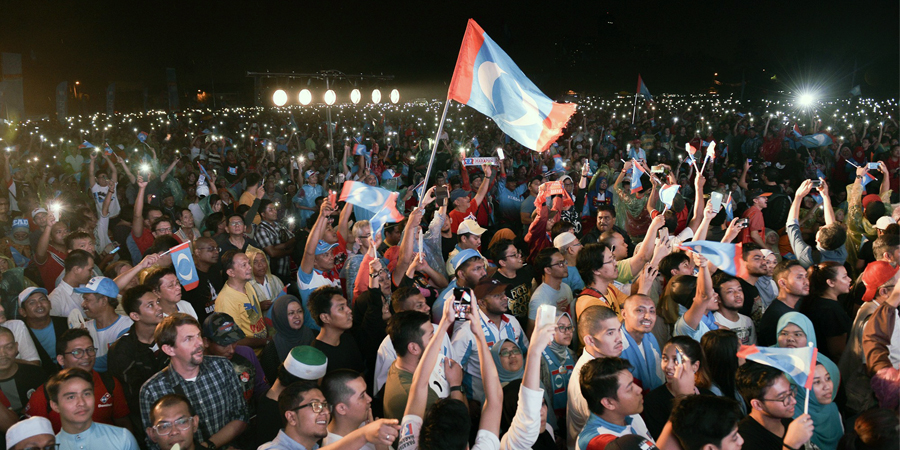 Natasha Hamilton-Hart: “To say this is historic is an understatement. That it happened at all is extraordinary.”

Natasha Hamilton-Hart writes: Despite seemingly every dirty trick in the book used, something extraordinary unfolded on the night of the Malaysian general election. Dewy Sacayan: “Seeing the dichotomy in the mindsets of migrants and ‘real Asians’ in the film gave me the feeling that I was authentically represented.” (Photo: Supplied)

Auckland lawyer Dewy Sacayan writes: Watching Crazy Rich Asians gave me the opportunity to look into my own culture through the big screen. Lynda Chanwai-Earle: “The Chinese name system differs from the Western one in that names start with the family name, followed by the given name.”

In the early days of Chinese immigration to New Zealand, confusion over the Chinese name system resulted in subsequent generations of Chinese-New Zealanders having the “wrong” family names. Lynda Chanwai-Earle shares the story of her Chinese surname. 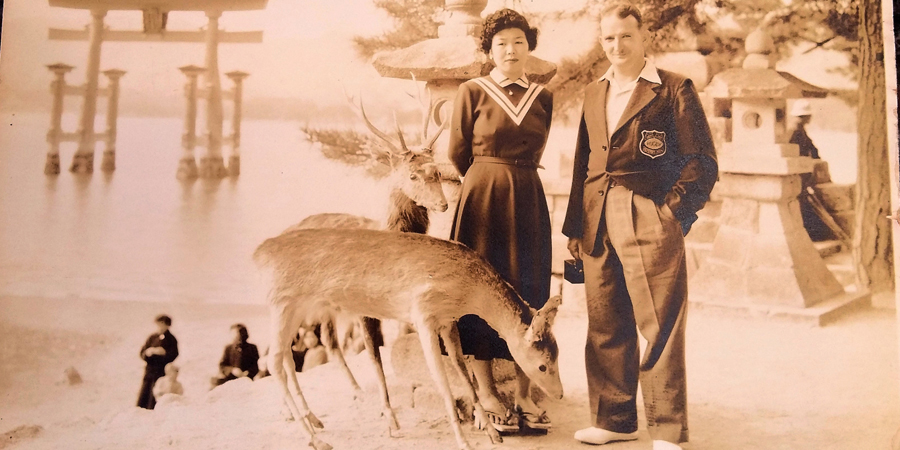 Like many migrants, Mutsumi Kanazawa experienced a profound sense of disconnect when she moved to New Zealand. Her feelings of isolation sparked her interest in researching the little-known stories of Japanese war brides who moved to Aotearoa in the 1950s and 1960s – a project she hopes will move descendants into learning more about their families’ pasts.

6. WeChat: The app that rivals the internet 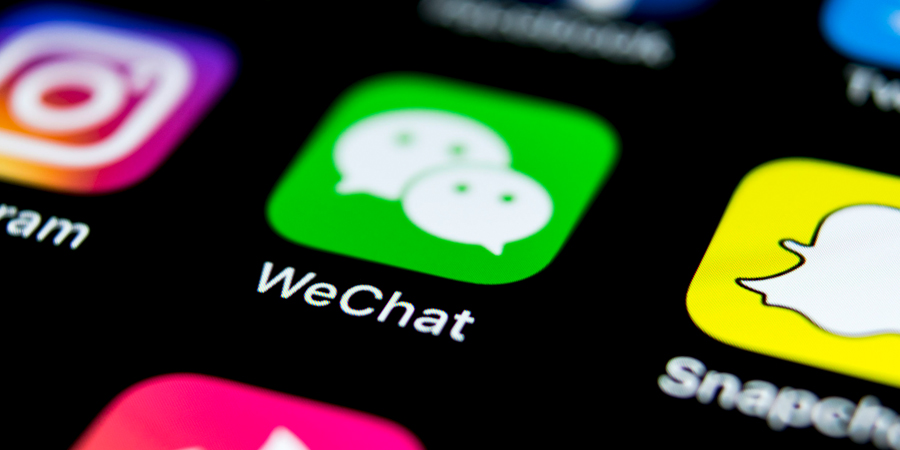 While millions of people around the world are questioning whether they’ve given too much of their lives to Facebook, China’s WeChat is further down the track of being an all-in-one app.

7. ‘Music that unites’: The K-pop fan scene in New Zealand 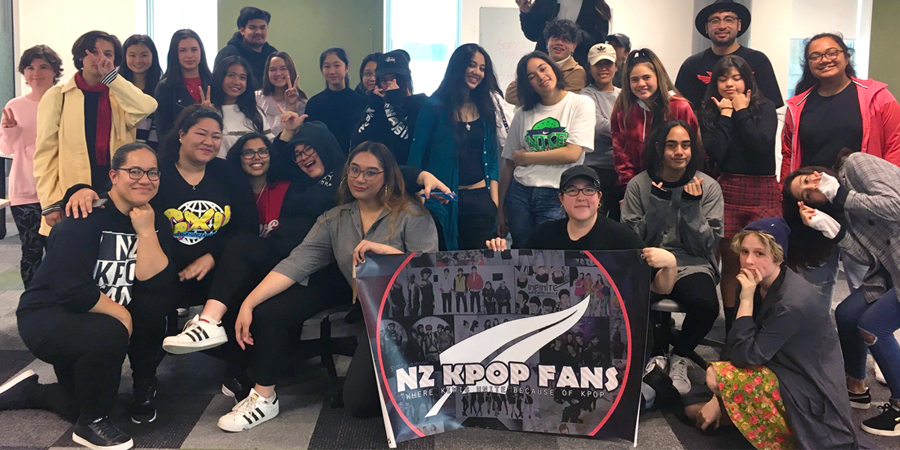 Chye-Ling Huang: “I’ve continually been questioned about where I’m from, whether I can speak Mandarin, what being Chinese means to me.” 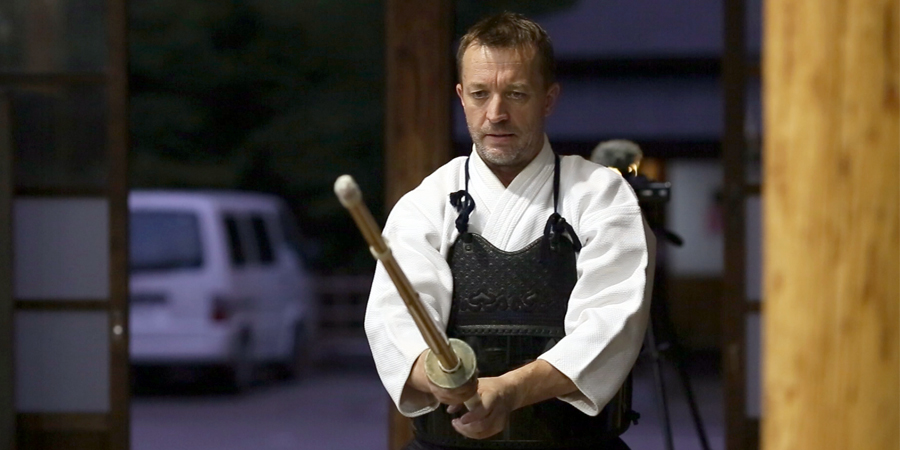 Alexander Bennett: “When I started, it was seven days a week and pretty rigorous. The sensei was a hard man. I didn’t like it at all.” (Photo: Supplied)

Alexander Bennett is one of the world’s foremost experts on Japanese martial arts. In an interview with the Asia Media Centre, he shares about his passion for kendo, his unique Kiwi-Japanese journey, and what continues to drive him. 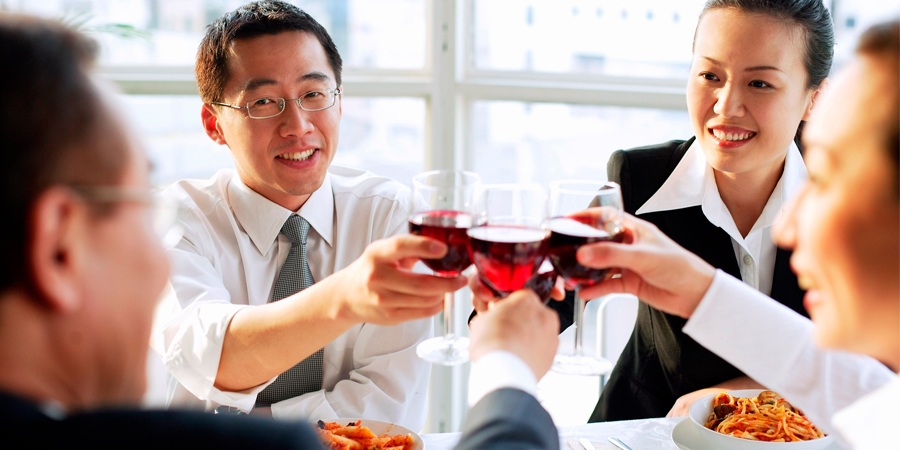 Gao Hongzhi: “Guanxi starts with people making friends, even though there may be no instrumental benefits in it.” (Photo: 123RF)

The Chinese cultural values of guānxi (关系), miànzi (面子) and rénqíng (人情) are essential when doing business in China, but may be challenging concepts to grasp for those in the English-speaking world. Gao Hongzhi, a researcher of the role of guānxi in Chinese-Western business relationships, explains the three principles.

1. Louisa Cleave: Little-seen side of the DPRK 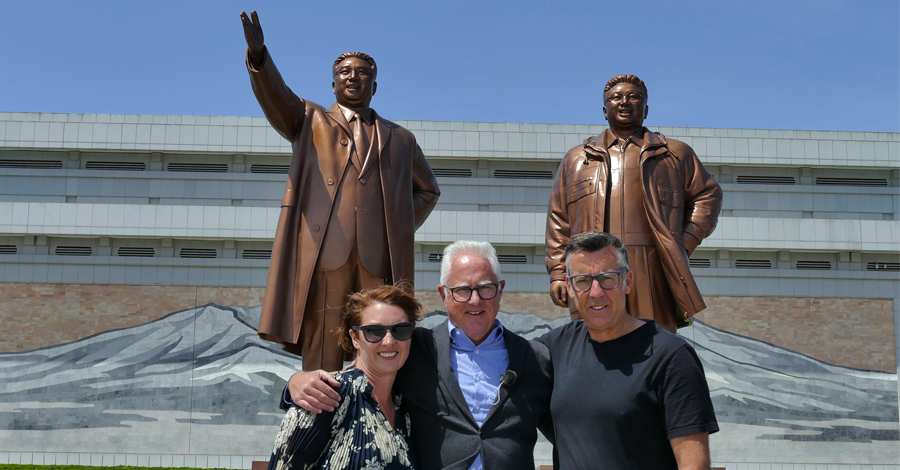 Louisa Cleave: “What we found and reported was something that no one had ever seen before.”

2. Katie Kenny: What we can learn from Asia’s media startups 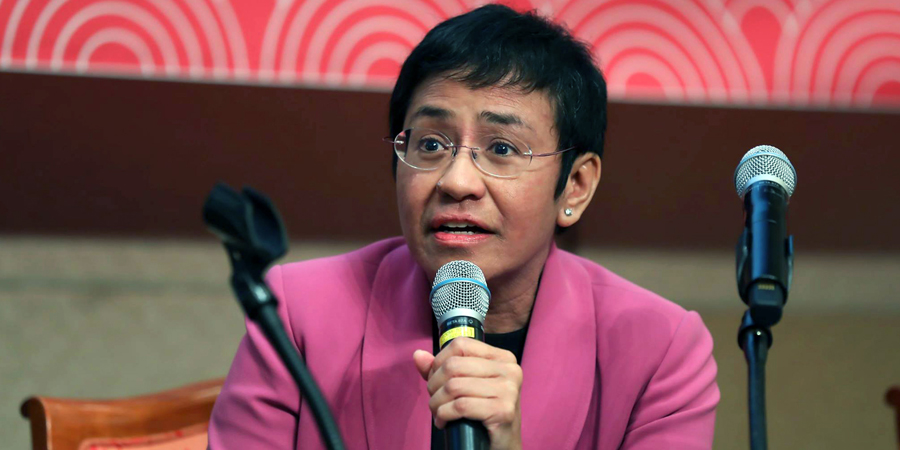 Stuff journalist Katie Kenny writes: Independent media is under siege across Asia and the world. But some small startups are fighting back. Sandeep Singh: “News is produced and disseminated from a self-visualisation of New Zealand as a European nation.”

4. Andreas Neef: Impact of dam projects on the Mekong 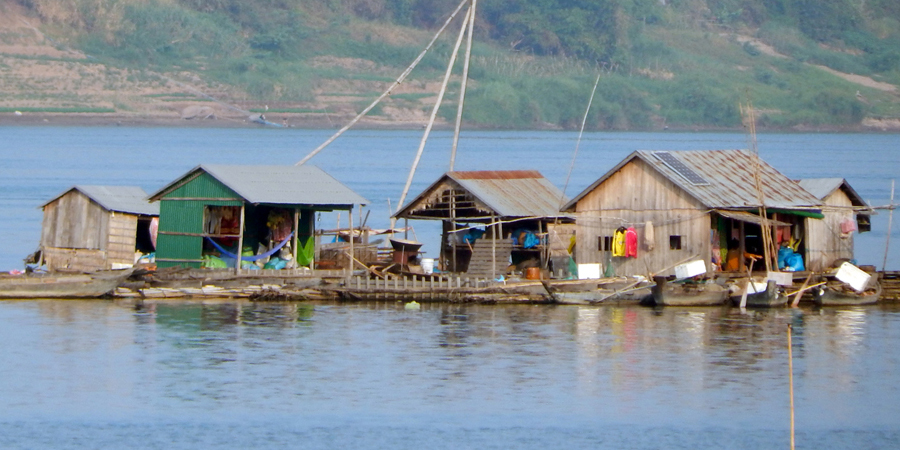 Andreas Neef: “It is not only human livelihoods that are at risk from hydropower dam construction.” (Photo: Supplied)

Southeast Asia is experiencing an unprecedented hydropower boom – causing destruction to the ecosystem of the Mekong River, writes Andreas Neef. Sharyn Davies: “Many of Indonesia’s minority groups are right now being targeted by violent conservatives and the law is failing to protect them.”

For two decades now, Indonesia has been held up as the shining example that Islam is compatible with democracy. But recent developments may impact on the nation’s commitment to unity in diversity, writes Sharyn Davies.

6. Koji Kobayashi: An opportunity for New Zealand in the Asian Games 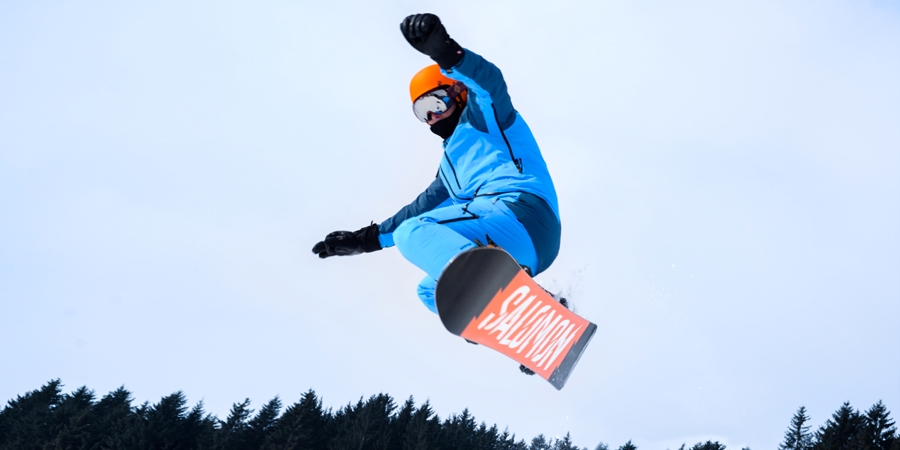 Koji Kobayashi: “New Zealand could consider using the Asian Winter Games as a springboard to host the first-ever Winter Olympics in the Southern Hemisphere.”

The boundaries between Oceania and Asia have never been so blurred in the sporting world – opening up new opportunities for New Zealand, writes Koji Kobayashi. 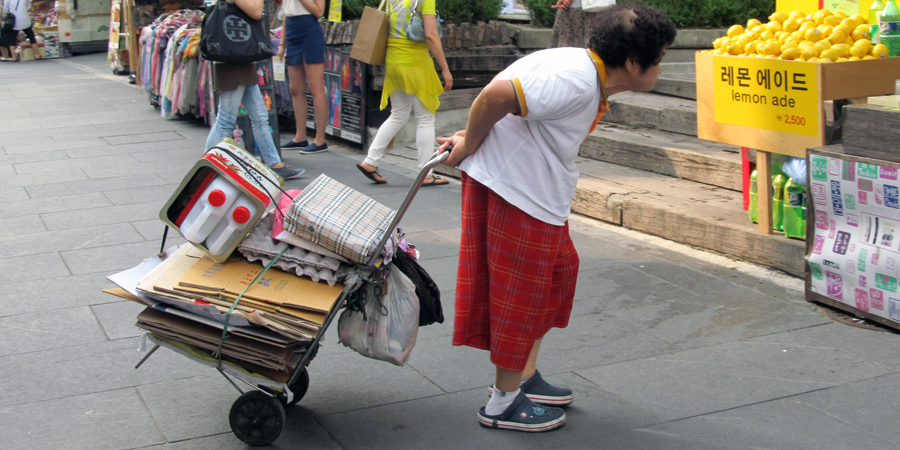 Patrick Flamm: “The most significant impact of the drastic fall in domestic prices for recycling in South Korea, for especially plastic and paper waste, is on the elderly.”

China’s decision to stop importing half the world’s solid waste is having an impact on the elderly poor in South Korea, writes Patrick Flamm.

8. Pip McLachlan: Why we need more voices on China 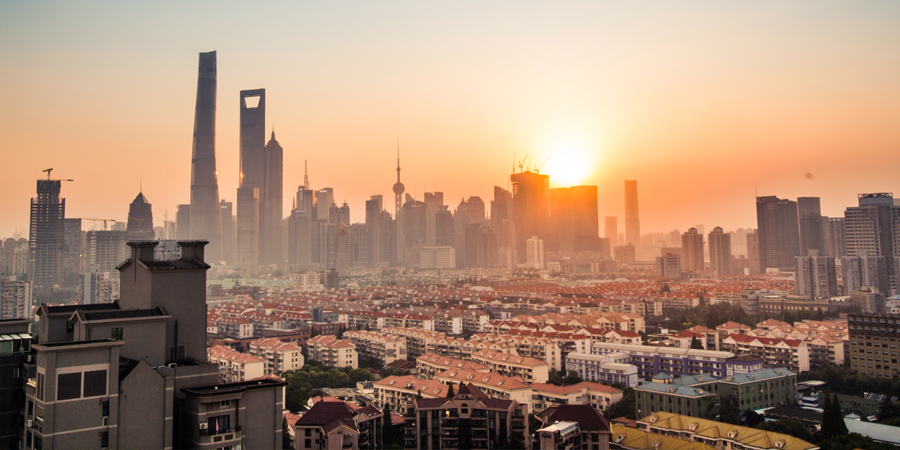 Pip McLachlan: “Nature abhors a vacuum and we need to avoid a polarised discussion.”

If we don’t have robust conversations about China in New Zealand, we risk sleep-walking into a relationship with a nation we don’t fully understand or ruining one of our most important international relationships, writes Pip McLachlan. Features
TheriseofAsian-Kiwistars
Check out the names of New Zealanders with Asian heritage who are making waves internationally. More >
by