Tsai's main challenger was the Kuomintang (KMT) party's Han Kuo-yu, who won 5.4 million votes. Currently mayor of the city of Kaohsiung, Han had pledged to improve relations with China if elected president.

President Tsai's win is being viewed as a rebuke of Beijing, which wants the island to be unified with the People's Republic of China. 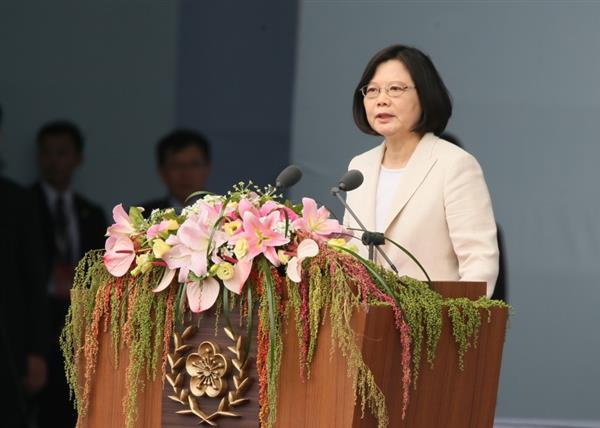 The Asia Media Centre asked Charles Finny, chair of the New Zealand Taiwan Business Council and former director of New Zealand's Commerce and Industry office in Taipei, about the drivers behind the election outcome and why it matters to New Zealand.

"Taiwan is one of New Zealand’s most important export markets. Population and economy-wise, Taiwan is very similar in size to Australia. We have a high-quality free trade agreement with Taiwan [ANZTEC agreement]. Taiwan is also the only full democracy with a completely free press and independent judiciary in a majority “Chinese” society.

Taiwan is also the ancestral homeland of the Māori people and the NZ-Taiwan FTA has a chapter dealing with indigenous people-Māori relations – the only FTA to have such a chapter. Taiwan is also an important player in Pacific Island politics where competition for recognition with China is an significant issue. Taiwan is a member of APEC and the WTO. This all makes Taiwan important to New Zealand.

China regards Taiwan as a renegade province and wants it to re-integrate with the rest of China, rather like what has happened with Hong Kong and Macau. China has been advocating a "one country, two systems formula" to encourage peaceful re-integration of Taiwan. But it reserves the right to use force should other options be exhausted.

Unfortunately for the Chinese strategy, the mishandling of relations with the Hong Kong people in 2019 have probably sunk any chance of one country, two systems appealing to the people of Taiwan. Indeed this was the central issue in Saturday’s election.

While President Tsai won by a huge majority, the story was different in the legislative elections held the same day. President Tsai’s Democratic Progressive Party only won by a very narrow margin. This suggests that managing the next four years will be challenging domestically and internationally.

Some diplomats have been expecting the attitude of the Taiwanese people to China to change as China grows in economic importance. I have argued for some years that this view is inconsistent with the facts on the ground. Increasingly, the influence of the families who fled China in 1949 is waning in Taiwan and younger generations see Taiwan as their home with a unique Taiwanese identity.

Saturday’s presidential election result sends a very clear message to Beijing that the people of Taiwan are not interested in one country, two systems. How China responds will be important to monitor.

At the time of writing President Tsai has been publicly congratulated for her victory by the US, Australia and the EU."