Rochelle Angus is a New Zealander who left on a very belated gap year around Asia in 1999 and hasn’t quite made it home yet.

4G and 5G may be instantly recognisable in New Zealand as cell technology developments, but in Singapore, the idea of a "4th generation" is political shorthand for the orderly transfer of power. From Singapore, Rochelle Angus explains.

Singapore refers to their political leaders in generations.

Prime Minister (PM) Lee Hsien Loong is Singapore’s third Prime Minister, and his team are the third-generation, referred to as 3G.

The fourth-generation (4G) team are the younger political leaders in cabinet positions, and the team expected to take Singapore forward.

Succession planning from 3G to 4G didn’t go as smoothly as planned with delays due to Covid-19 and the resignation of the former 4G leader, Deputy Prime Minister (DPM) Heng Swee Keat from the leadership role.

This sets DPM Wong up to be Singapore’s fourth Prime Minister, assuming he wins the next general election.

Prior to the pandemic, PM Lee had expressed his desire to step down before his 70th birthday, however this has not been the case.  He agreed to stay on after DPM Heng’s resignation as 4G leader giving the party time to find a replacement and them being ready to take over. 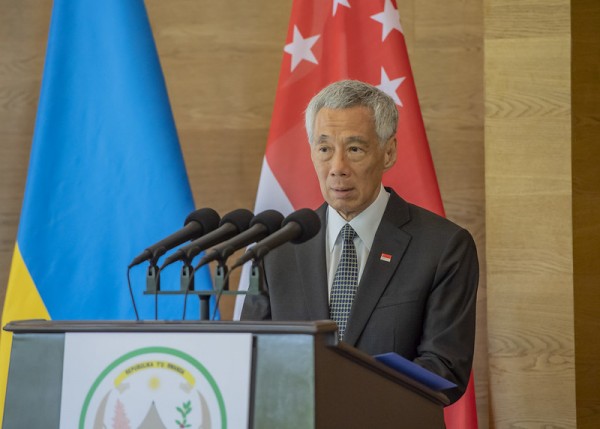 To date there has been no decision on whether DPM Wong will take over from PM Lee before the next general election, which is due by November 2025 at the earliest.  The handover will be carried out “carefully and deliberately,” said PM Lee.

With only three Prime Ministers in the 57 years since independence, stability and continuity have been key strengths for Singapore.

First Prime Minister Lee Kuan Yew held the position for 31 years but remained in cabinet for another 21 years in the roles of Senior and Mentor Minister.

PM Lee is in his 19th year as Prime Minister and has been a Member of Parliament since 1984.  DPM Heng, who is in his early 60’s, stated letting a “younger person with a longer runway to take over” as part of his reason for stepping aside as 4G leader.

DPM Wong is currently 49, a similar age to both PM Lee and former PM Goh when they took on the role.

Succession planning has always been a priority for the PAP, with younger ministers being brought in with plenty of time to move through and gain experience in a variety of departments.

The 4G leaders though, have had a shorter time in politics than those before them, with most joining in the 2011 General Election.

3G ministers still currently hold key portfolios where stability and strong global networks are necessary, while the younger 4G ministers work together to focus on internal issues such as the Covid-19 crisis.

A longer lead-in leaves more time for the 4G team to benefit from the mentorship of the senior cabinet members.

DPM Wong was not particularly well known to the public prior to Covid-19.  In 2020 he was one of six 4G leaders who took on new portfolios in a cabinet reshuffle with the aim of increased exposure and experience for the younger office holders.

In 2021 after the resignation of DPM Heng as Finance Minister, DPM Wong took over the role while also Co-Chairing the multi-ministry task force dealing with Covid-19.

Wong became a household name in Singapore due to his daily updates on the pandemic, and he holds a degree of public trust which gave him an edge over other candidates in the leadership race. 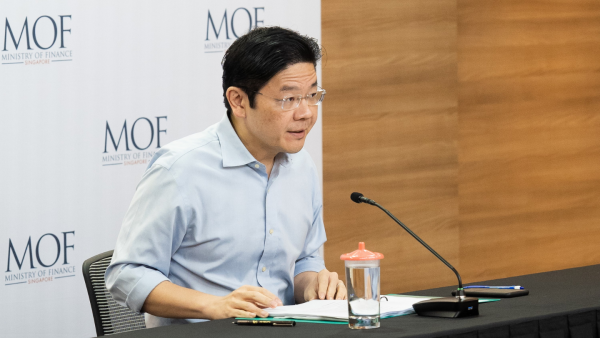 The selection process for each of the previous generation leaders appears to have been relatively informal with not a lot of detail shared.

For second-generation (2G) leader, former PM Goh, it was reportedly a small group of ministers who decided at an informal meeting after the 1984 election.

In PM Lee’s case, the decision was settled quickly over lunch - it was considered a “straightforward” matter as he had been DPM for 14 years.  For the most recent 4G round PM Lee wanted a more systematic and thorough process.

A team-building approach was decided on, to “facilitate forthright and candid discussions of each candidates’ strengths and weaknesses”.  The overriding objective of which was “promoting unity” and “to ensure a strong 4G team to lead Singapore forward”.

17 ministers, the Speaker of Parliament and National Trades Union Congress (NTUC) Secretary-General (both former 4G ministers) were all interviewed individually.

The Prime Minister and the two senior ministers were not involved in the process.  Leaders were taken through key political attributes to encourage a “considered and dispassionate decision”.

They were asked their views on their preferred choice, and to rank the candidates in order of preference, not including themselves.

DPM Wong was chosen as leader by 15 of the 19 who voted.  He was then unanimously endorsed by the ministers, followed by the PAP members of parliament.

Having worked together closely for the last two years, DPM Wong has said the 4G team have already formed a “strong bond”, and this is expected to continue.

A large focus for the next 12 months will be to “refresh [Singapore’s] social compact” with the development of the “Forward Singapore” roadmap for the next decade, which looks across the board at : Economy and Jobs, Education and Lifelong Learning, Health and Social Support, Environmental and Fiscal Sustainability and Singapore Identity.

With the 4G leader issue now settled, it’s back to focusing on the immediate issues.

Timing for handover will be decided on at a later date, with a guarantee to “hand over Singapore, intact and in good working order, to the next team”.