The novel coronavirus first appeared in December last year, in the Chinese city of Wuhan. Two months on, the virus has spread to more than 25 countries, mobilised global health agencies, affected worldwide travel and shipping, and rippled out to the global economy. Here's a timeline of how that happened.

Towards the end of December, clusters of pneumonia outbreaks from an unknown cause were identified in Wuhan, a city with a population of 11 million in the Hubei province. Many cases were linked to a wholesale market called the Huanan Seafood Market.

Chinese authorities informed the World Health Organisation (WHO) of the pneumonia outbreaks and preliminary investigations identified a new type of coronavirus as a possible cause. Coronaviruses are a family of viruses that cause illnesses ranging from the common cold to SARS, and are transmitted between animals and people. Between December 31 and January 3, Chinese authorities reported 44 cases to the WHO. The Huanan Seafood Market was closed on January 1 for disinfection.

Chinese scientists identified and isolated the new type of coronavirus, known as 2019-nCoV. It had not previously been seen in humans.

Chinese authorities released details on the death of a 61-year-old man in Wuhan, thought to be the first fatality from the virus. The man reportedly died on January 9.

The first known case of coronavirus is confirmed outside of China, in Thailand. Three days later on January 16, Japan reported its first case of the virus. Cases continued to appear in other countries, including the US on January 21 and Australia on January 25.

Chinese officials announced Wuhan will go into lockdown at 10am, as a measure to control the spread of the virus. All public transport in and out of the city, including buses, ferries and trains, were stopped and flights are temporarily suspended. The WHO called the move “unprecedented in public health history”. On January 23, all public transport in and out of Wuhan was suspended.

Japanese citizens evacuated from Wuhan touched down in Tokyo. Japan was one of the first countries to evacuate citizens and others followed suit, including South Korea,  Indonesia, USA, the UK. Concerns grew over the virus’s impact on the global economy.

The WHO declared a Public Health Emergency of International Concern (PHEIC), formally designating the outbreak as a health risk requiring a coordinated international response.

The first coronavirus death outside of China was confirmed: a 44-year-old man from the Philippines. A second reported death followed from Hong Kong.

The New Zealand government announced restrictions for travellers: foreign nationals leaving or transiting through China after February 2 would be refused entry to New Zealand and enhanced screening was put in place at the border. Other countries implementing travel restrictions included the USA, Vietnam and Australia.

The number of coronavirus deaths in China – 362 - overtook the death toll from the 2003 SARS outbreak: 349. Cases continued to be reported around the world, as governments worked to evacuate citizens from Hubei. In Wuhan, construction finishes on a 1000-bed hospital, which was built in 10 days. 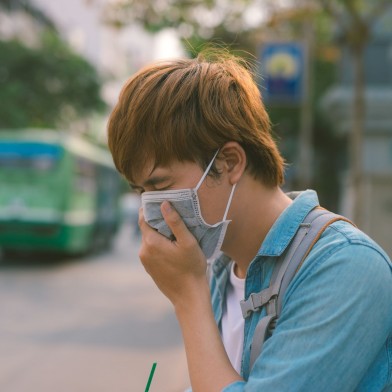