Year after year, conflict and climate change forces millions of people to flee their homes.

People in Asia-Pacific countries are more at risk of climate-induced displacement than most, but despite this, there’s a lack of research centres looking at these urgent problems.

That’s the driving force behind the Centre for Asia Pacific Refugee Studies (CAPRS), a newly established research centre at the University of Auckland and the first of its kind in the Asia Pacific region.

“Displaced people and their protection via education, health, economic inclusion, integration, and resettlement policies will be the focus of our centre,” centre co-leader Dr Gül İnanç, from Singapore’s Nanyang Technological University, said. 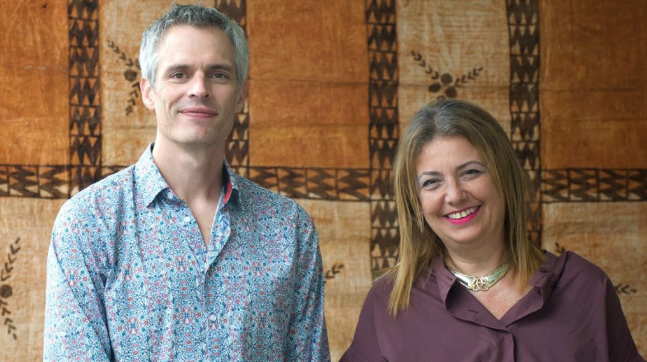 A number of key questions are already in the works for the researchers, including where people from “uninhabitable” countries will go, and who has an obligation to take them in?

The world is facing an unprecedented number of displaced people – in 2019, natural disasters and severe weather events forced nearly 25 million people to flee their homes, according to the Internal Displacement Monitoring Centre.

“Because these disasters are likely to have a disproportionate impact on people in the Asia Pacific region, we need to be thinking urgently about how to manage the estimated millions who will be affected and displaced by [extreme weather events],” Dr Marlowe said. Extreme weather events are pushing people out of their homes as refugees. Photo by Lucas Revilla Vacas on Unsplash

Countries around the Asia Pacific find themselves most at risk of these kinds of climate-induced disasters. The 2019 Risk Index, which analyses how countries could be affected by intense weather or natural disasters, ranked 10 Asia Pacific nations in its top 20 most at-risk countries globally.

The centre will bring together researchers from a wide range of disciplines, to collaborate on different projects and Marlowe said voices of the people going through climate-induced displacement would be essential.

The centre will bring in voices from the Asia Pacific and once borders open, researchers will be on the ground in the countries most likely to be hurt by climate change.

A virtual launch will be held tonight [July 15] at 7pm. Register via this link.