Eight years in the making, on 15 November 2020, five different economies across the Asia-Pacific region officially signed the agreement: Japan, China, South Korea, Australia, New Zealand, as did 10 ASEAN members - Brunei-Darussalam, Cambodia, Indonesia, Laos, Malaysia, Myanmar, Philippines, Singapore, Thailand, and Vietnam. The next step is for the agreement to be ratified.

RCEP, which is an ASEAN-led initiative, aims to lower tariffs, open up trade in services, and promote investments across the different economies.

An RCEP Leaders Meeting photo from 2017. RCEP has gone through 30 rounds of negotiations since 2012. Source: Wikimedia Commons

Trade Minister Damien O’Connor signed the agreement, which is projected to increase New Zealand’s GDP by around $2 billion, on behalf of New Zealand on Sunday evening (NZT).

“This agreement will secure market access for New Zealand exporters to a region which includes seven of New Zealand’s top 10 trading partners,” he said. “RCEP is projected to add $186 billion to the world economy.”

The Economist reported RCEP's biggest breakthrough will come from its rule-of-origin provision. The WTO defines rules of origin as the criteria which determines where an imported product comes from or is made - its national source. They're important within trade agreements, as duties and restrictions may depend on the source of imports. RCEP consolidates definitions and quotas for these rules of origin and makes it so intermediate goods can be sourced from any of the economies which have signed up. A paper from Peterson Institute for International Economics shows this will raise global GDP in 2030 by $186 billion.

Notably missing from the agreement is India, which withdrew from negotiations in late 2019. Media reports at the time pointed to the RCEP increasing China’s economic dominance as one of India’s core concerns.

According to the Times of India, the deal would have “brought down import duties on 80 to 90 percent of the goods, along with easier service and investment rules. Some in Indian industries feared that reduced customs duty would result in a flood of imports, especially from China with which it has a massive trade deficit.”

At the time, Stuff reported that for New Zealand, one of the biggest gains from RCEP would be India’s markets opening up to Kiwi dairy exports.

In the US, the New York Times called RCEP “limited in scope” as it formalises existing business and trade between the economies, rather than remaking it, and argued that the lack of both India and the US, two major economic powers, limited the pact.

The Asia Media Centre has collated some expert viewpoints on RCEP and what signing it means for New Zealand.

Getting the RCEP deal across the line is an important demonstration of a commitment to open markets by some major regional economies. It draws together both some very rich and some very poor economies.

This is a signal achievement on the back of a decade of rising global protectionism, as we face significant disruptions to trade as well as broader economic body blows from Covid-19.

For New Zealand, the deal means that we are even more deeply integrated into the ‘trade architecture’ of the region, with a degree of openness baked in – we are part of two “mega-deals” in a region that will be the centre of global economic gravity for decades to come. Ideally, RCEP, alongside the other neighbourhood ‘mega-regional’, the CPTPP, will form building blocks to an eventual Free Trade Area of the Asia Pacific in the APEC region, and ultimately, a return to an ambitious trade liberalisation agenda at the World Trade Organisation.

The tariff outcomes from the deal are relatively modest for New Zealand (although with some welcome improvements in Indonesia) – but that simply reflects the high-quality FTAs that we already enjoy. Of course, it would have been great to see more agriculture access into some markets.

One big benefit, including for our agriculture exports, will be to streamline trade rules and make business conditions more predictable. Often businesses, especially small firms, find that red tape, procedural hassles, unwarranted technical rules, disparate rules of origin, or opaque regulatory requirements, known as “non-tariff barriers”, are at least as much of a headache as tariffs.

Just as in the CPTPP, a common rulebook will help to get rid of some of the ‘grit in the machinery’ and will help create a more level playing field for New Zealand exporters.

There are no significant disadvantages – but one disappointment, which is that India has decided not to join. The door is still open – it is to be hoped that India will ultimately decide that on balance there are good reasons to come through it.

RCEP is often described as a China-led initiative, but in fact it has been the brainchild of ASEAN.  That said, alongside ASEAN, China, Japan, and of course New Zealand have all helped to bring the negotiations to a successful conclusion. The final deal complements the upgrade to our bilateral China-NZ FTA, and will help to deepen our trade and economic connections with China, including in important new areas such as digital trade and data flows.

RCEP also marks a new level of cooperation and integration among three of the five largest Asian economies – Japan, China and Korea – which have been struggling to strike a separate deal among themselves. That will have a symbolic but a genuine economic impact in the region.

Overall, deeper economic integration will make an important contribution to greater peace and prosperity in the region, particularly as we face big challenges including rebuilding from COVID and dealing with climate change.

It would be great to see provisions that try to turbocharge sustainable development as the agreement is implemented and reviewed in the future – but in the meanwhile, the liberalisation of trade in environmental goods and services under RCEP is a very welcome step in the right direction.

Overall the signing of RCEP is a positive development. The involvement of 15 economies of such importance to New Zealand in a common set of rules applying to goods, services and investment can only be positive. Add to this some lower tariffs for some products into Indonesia and some new services commitments by Thailand and you have something that actually delivers direct trade gains. The only negative is that India chose to stand aside from this agreement. India being part of the deal would have given New Zealand enhanced access into that potentially huge market, which would have been a major gain.

I have always seen RCEP as an insurance policy. Initially it was a way to achieve improved access into markets such as Japan and India with whom we did not already have free trade agreements (FTAs). There was also some doubt about TPP ever coming into effect. More recently many are rightly concerned about the future of the WTO. The risk is reducing but if Trump had won a second term the WTO may well have broken apart. Having 14 of our trading partners playing by the same rules was not a bad Plan B. For importers and exporters, and for investors, RCEP will increase certainty and reduce red tape.

While the direct trade gains for New Zealand are limited, RCEP will be the first FTA linking the important economies of China, Korea and Japan. This must be positive for these large economies. It will also encourage peace and stability in that part of the world that is so critical to our own prosperity. FTA partners don’t often go to war with each other.

There are some in the US and Europe who see RCEP as a China-led initiative. This is about as accurate as those who saw TPP as being a US idea to contain China. RCEP came from the ASEAN process and CPTPP came from a plan hatched by New Zealand and Singapore. RCEP will be good for China as it will expose China to more international competition and create better market access conditions for Chinese exports. It will encourage economic integration in the region at a time when some people in the US have been encouraging a de-linking from China in some supply chains (this was highly unlikely to work and emphasis on this will reduce under a Biden Presidency).

I see no downsides to this agreement. Some of the commentary suggesting that RCEP will constrain the right to regulate and the New Zealand Government’s ability to respond to the Covid-19 economic fallout are ill-informed.

“When Māori business prosper, whānau prosper – and so does the whole of Aotearoa. We are excited about the opportunities the RCEP presents our businesses, who now have fewer hurdles to jump to get their product to international consumers and less red tape holding them back from entering new markets,” he says.

“As we watch how Covid is decimating the northern hemisphere, I am genuinely encouraged that this announcement will help open up market access to these Asian and South East Asian countries, while the rest of the world’s markets could be effectively closed for months, if not years, to come .”

“The prospects for our food and other primary products producers especially look encouraging, leading to the prospects of more jobs for our whānau.” Māori businesses will gain valuable access to a third of the world’s consumers under the Regional Comprehensive Economic Partnership (RCEP) Agreement, virtually signed by Minister O’Connor on November 15 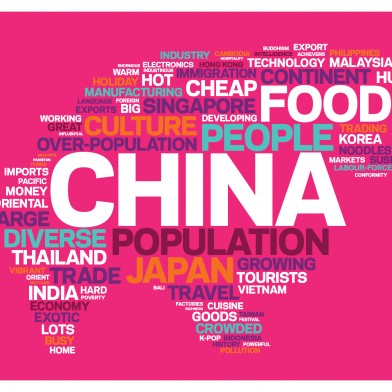 News
NewZealanders'PerceptionsofAsia
Expert commentators share their perspectives on the latest report in the Asia New Zealand Foundation's Perceptions of Asia survey. More >
by 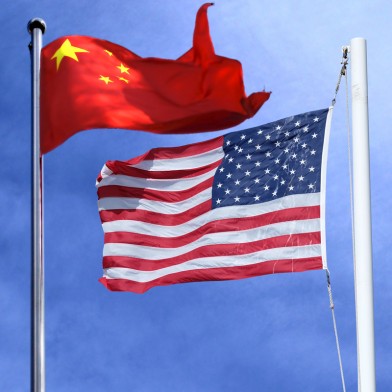 Opinion & Analysis
CanWTOreformfixtradewar?
Trade policy consultant Stephanie Honey reflects on the escalation of the US-China tariff war and the implications for the multilateral trading system. More >
by Stephanie Honey