Around the world, the number of confirmed Covid-19 cases is approaching 96,000,000. Nations across Asia are battling the virus in their own ways with varying degrees of success. At the Asia Media Centre, we've gathered media coverage from across the region as countries grapple with the pandemic.

As 2020 ended and 2021 dawns, we take a closer look at what's been happening over that period. Globally we've seen the emergence of more infectious strains of Covid-19, as the race to roll out vaccines takes on even more urgency. Border requirements have changed and uncertainty still reigns for many at the start of this year.

Confirmed cases of Covid-19 around the world and in Asia:

January 16 marked the beginning of the ‘world’s biggest Covid vaccine drive’ as vaccinations started rolling out across the country of more than 1 billion. The vaccination drive has begun with using Pune-based Serum Institute of India & Oxford University’s Covishield vaccine plus Bharat Biotech’s homegrown vaccine Covaxin.

Not everything has been smooth sailing though: reports have pointed to vaccine hesitancy as a barrier to rolling out vaccinations, as well as issues with Co-WIN, the app developed to plan, implement and monitor the vaccine programme.

Since cases reached their peak in September, hitting a high of around 90,000 confirmed cases per day, India has continued to see a downward trend. Recently the country marked the lowest daily Covid deaths in 245 days.

The biggest news out of China over the last month has been the re-emergence of Covid.

More than 22 million people were placed in lockdown last week, after cases started appearing, apparently linked to a wedding party. Daily confirmed cases have risen to 100 or more over the last week – minimal compared to many other countries, but Chinese authorities have clamped down fast.

In vaccine news, a blow to China came as a Brazilian study reported Sinovac was far less effective than initially claimed, coming in at 50.38 percent effectiveness, below the 78 percent claimed by Chinese scientists.

Earlier in 2020, China offered Sinovac Biotech's vaccine, CoronaVac, to some Asian countries, mostly in Southeast Asia, in what was widely recognised as a ‘vaccine diplomacy’ move.  Despite these recent efficacy studies, some countries - such as the Philippines and Indonesia - have opted to go ahead with the rollout of CoronaVac.

In Thailand, the country’s initial success seems to have taken a turn for the worse.

Towards the end of 2020, Thailand appeared to be on top of the virus, with minimal cases and was even considering easing border restrictions further.

But a week before Christmas, an unexplained community case appeared in Samut Sakhon province, outside of Bangkok. In the first week of January, restrictions started rolling out across parts of Thailand as the virus spread, with spikes of up to 745 daily cases.

The latest outbreak has raised debate over illegal immigrants and workers, as some have sought to place blame for the outbreak on people coming through the porous Thailand-Myanmar border. Since September, Malaysia has gradually seen its Covid cases tick upwards, with its latest daily peak reaching over 4000 on January 16 - its biggest daily caseload ever. A fresh outbreak emerged following local elections in September last year and since then, Malaysia has had varied success in implementing lockdowns and working to control the virus.

Early in 2021, experts started calling for a new strategy to deal with the virus, as the country’s health system faces an overload.

Last week, Malaysia’s king, Sultan Abdullah Sultan Ahmad Sha agreed to declare a state of emergency until August 1. The call came just as many were about to enter a strict lockdown.

This move has come with criticism, however – Prime Minister Muhyiddin Hassan asked the king to declare a state of emergency, which will allow elections to be put on hold and for parliament to be suspended. Concerns have been raised over the extreme power the state of emergency has given the ruling PM.

Since November, cases have been steadily rising in Indonesia and since the holiday period, they’ve spiked dramatically. Over December, daily confirmed cases fell between 6000 to 7000, but three weeks into January, authorities are seeing caseloads of up to 10,000 per day.

The world’s fourth most populous country has ‘lost control’ of the virus according to experts. The healthcare system is facing intense pressure, as the population faces economic pressures from the Covid-19 fallout.

On the ground, a cabinet reshuffle has given some hope that the government’s response will step up: in late December, a new health minister, Budi Gunadi Sadikin, was appointed. The previous health minister, Terawan Agus Putranto, was widely criticised for his handling of the pandemic.

A vaccine rollout started in mid-January, famously beginning with President Joko Widodo receiving a dose of Sinovac’s vaccine. Alongside the Philippines, Indonesia has backed the vaccine and started inoculating health workers and – at odds with other strategies – younger people in the first wave. 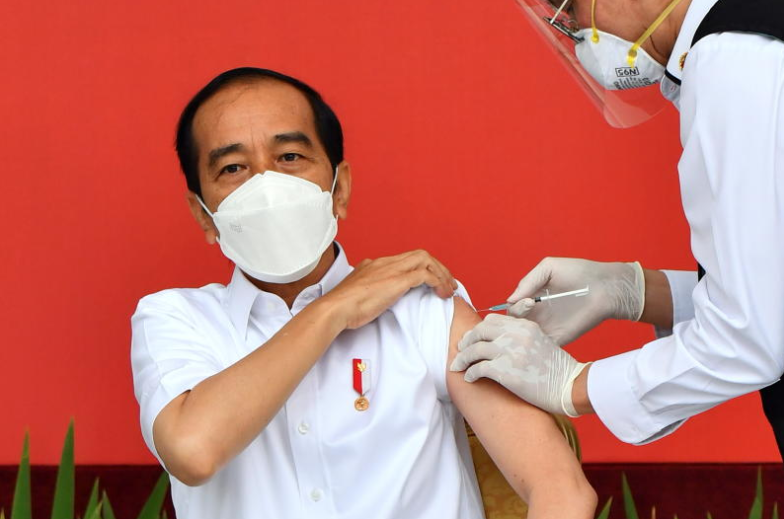 As 2021 dawned across the globe, Japan found itself facing its worst Covid outbreak since the first cases were reported aboard the Diamond Princess cruise ship in the port of Yokohama. Over the last few weeks, Japan saw its highest peak ever of cases with a spike of 7863 cases on January 8.

A state of emergency has been declared in Tokyo and nearby areas, which is due to last until February 7.  The government is expected to start vaccinating the public around the end of February.

Despite this, Prime Minister Yoshihide Suga has vowed the Olympic Games will go ahead in July this year. Not everyone is as certain though, with one Japanese cabinet minister saying it ‘could go either way’.  Public sentiment certainly appears against holding them - recent surveys have shown about 80 percent of people think they should be cancelled or postponed.

The Japan Times: Covid-19 news updates (updated continuously)
The Japan News: Japan scrambles to roll out vaccine, but how many people will get the shot?
The Asahi Shimbun: Covid-19 bills to impose fines, prison terms for noncompliance

South Korea is yet another country that has seen a rapid spike in cases over the end-of-year period. Signs of a third wave started appearing in mid-November and by the end of December, the country was seeing a spike in cases larger than the first one it experienced in March 2020.

Cases reached a peak on Christmas Eve with 1237 cases. The government moved to bring in social distancing measures, the most stringent of which were in the country’s prisons. Over the past few months, correctional facilities in South Korea have been one of the hotspots of the virus.

The measures have had quite an impact, however – for example unlike Japan, whose recent wave coincided with South Korea's wave, the country has seen its cases ease off in the new year.

With cases on the rise, in the Philippines, all eyes are on securing vaccines for the population of more than 100 million.

At the beginning of 2021, Philippines officials were negotiating with seven different vaccine manufacturers to secure doses. Securing vaccines proved difficult – President Rodrigo Duterte pointed to richer countries snapping up vaccines as the cause, while closer to home uncertainties and concerns appeared around how the vaccine would roll out and how transparent the government was being on securing and paying for vaccinations.

More recently, the Philippines have begun holding clinical trials for China’s Sinovac vaccine, with Duterte calling it the vaccine he preferred to be inoculated with – this comes despite the apparently limited efficacy of the inoculation. 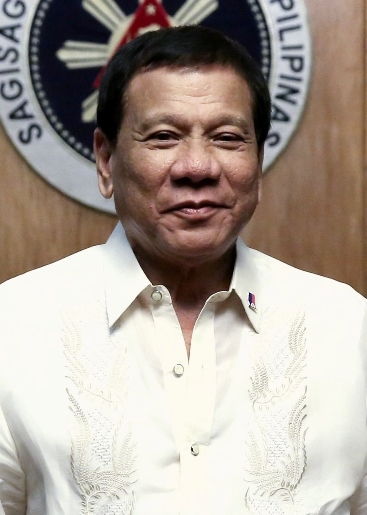 Compared to other countries in Asia, Singapore’s Covid numbers have remained stable for the end-of-year-period. The main worry has come from small numbers of cases appearing within the community, which don't have apparent links to the border, with authorities keeping a careful eye on developments.

With Covid relatively under control inside, Singapore’s eyes have turned to its borders as more infectious strains of the virus are spreading across the world. The border remains open to a select few countries – including New Zealand – but more stringent measures are being put into place.

Vietnam has continued its success story on into 2021, after stamping out the last outbreak of community cases in mid-2020.

Instead, eyes are turning towards a vaccination schedule and securing the borders against new strains of Covid. The country is exploring a number of options when it comes to vaccines – from securing doses of AstraZeneca’s vaccine, to talking to Russia over Sputnik V. Vietnam is also working to produce its own vaccine, called Nanocovax News
ChristmaslockdownsloomforAsia
As Covid cases approach 77,000,000, nations across Asia are battling the virus in their own ways with varying degrees of success. More >
by News
LockdownsacrossAsia:Covidroundup
Globally, Covid-19 cases have climbed above 63,000,000 and here at the AMC, we've got a roundup of media coverage across Asia for you. More >
by News
Asiaroundup:Aneyeonvaccines
As Covid cases continue to rise across the world, the Asia Media Centre takes a look at how the Asian region is grappling with the virus. More >
by