Chinese President Xi Jinping and members of the Central Committee, the biggest of the ruling Communist Party’s decision-making bodies, are meeting in Beijing this week to work through significant economic and social policy targets.

The “plenum” is a meeting attended by all full and alternate members of the Communist Party’s Central Committee, including members of the party leadership, ministers, regional party chiefs, senior military figures and the chief executives of China’s beleaguered state-owned enterprises.

Each Central Committee usually holds seven plenary sessions during its five-year term. The sixth session usually focuses on ideology, and often sets the party up for a leadership reshuffle at the party congress – set down for next year.

The closed-door meetings this week will involve one or more general assemblies, which are attended by the entire Central Committee, as well as discussion sessions for subgroups involving dozens of people.

The Chinese people see very little reported about the meetings until the end of the week , when a communique will be released detailing the decisions made.

Xi is expected to address different groups as well as the general assembly, but it’s unlikely we will find out exactly what he says until well after the meeting

This kind of resolution has only been passed twice before - in 1945 under Mao Zedong and in 1981 under Deng Xiaoping.

The 1945 and 1981 resolutions both came at a pivotal time in Chinese history: a post-war revolutionary era for Mao, and an era of widespread policy reform for Deng which set China down a path towards a free-market future.

In a similar way, this year’s resolution is designed to underscore Xi’s currently undisputed position at the head of the party, and the country. 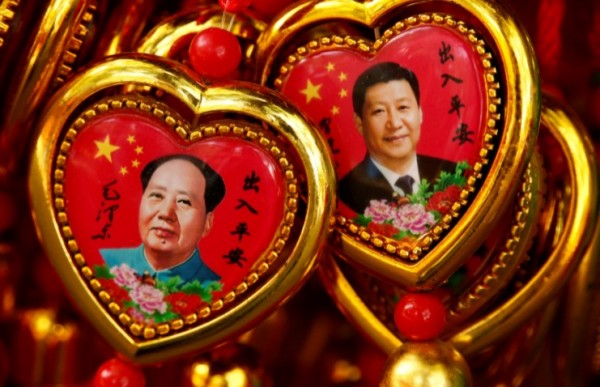 It’s designed to profile his thought, his wisdom, and his bold leadership.

The new resolution at this Sixth Plenum will also likely mention Xi’s moves towards the “great revival of the Chinese nation” by 2049, and the implied suggestion that the Taiwan issue will be addressed before that date.

A Sixth Plenum is important because it comes one year before a CCP Congress, the five yearly update of the Central Committee’s membership and current thinking on the future of the country.

It boosts party morale, it clarifies the CCP’s vision of itself, and it provides a stage for success to be applauded. For some observers, it may also provide a platform for a shift in ideological emphasis, and a "profound transformation".

But for President Xi this year’s meeting is more important than most, as it sets out a roadmap for his predicted third term as leader, a decision expected to be confirmed at the Party Congress in 2022.

This year’s plenum may as usual be a stage-managed event designed to bolster the leader, but it will also map the road to 2049, the 100-year anniversary of the revolution and the confirmation of China as a global superpower.