On May 15, New Zealand Prime Minister Jacinda Ardern and French President Emmanuel Macron led a group of world leaders and tech companies to adopt a pledge aimed at preventing the spread of terrorist and violent extremist content online.

The Christchurch Call summit was launched in response to the terror attack of March 15, which saw the murders of 51 members of the Muslim community live-streamed on Facebook. The pledge document outlines a series of commitments for governments and tech companies.

At the meeting in Paris, the Call was adopted by New Zealand, France, Canada, Indonesia, Ireland, Jordan, Norway, Senegal, the UK and the European Commission, as well as tech companies Amazon, Facebook, Dailymotion, Google, Microsoft, Qwant, Twitter and YouTube.

Other countries who adopted the Call but did not attend the meeting were Australia, Germany, India, Italy, Japan, the Netherlands, Spain and Sweden.

The only Asian country to attend the summit was Indonesia, the nation with the world’s largest Muslim population, represented by Vice President Muhammad Jusuf Kalla.

Indonesia is a prolific user of social media with more than 115 million Facebook users out of a population of 260 million.

BenarNews, an online news service that reports in Bengali, Thai, Bahasa Malaysia, Bahasa Indonesia and English, pointed out that Kalla was the only senior Southeast Asian leader at the meeting.

India and Japan were the other Asian signatories, though they did not attend the meeting. The event was covered by The Economic Times in India, which described the Christchurch Call as a “French initiative”.  The article said France had “taken lead” in designating Masood Azhar – the leader of Pakistan-based terrorist organisation Jaish-e-Mohammed – as a global terrorist.

India's role as a signatory to the Christchurch Call was also reported on by The Hindu, The Times of India, and India Today.

Coverage was less extensive in Japan, despite the country being a signatory. The Japan Times ran an AP article headlined "World leaders, tech execs pledge to curb online violence".

Following the summit in Paris, Ardern travelled to Singapore to meet with leadership on her first official visit to the city-state. Though Singapore has not signed up to the Call, Prime Minister Lee Hsien Loong referred to the pledge at a joint press conference, thanking Ardern for her "leadership in rallying an effective international response to this serious issue", The Straits Times reported.

Much of the local news coverage surrounding the Christchurch Call summit has focused on the non-attendance of the United States.

But others have pointed out the specific role of Asia and its tech giants in tackling the spread of terror content. Ahead of the summit, Stuff journalist Katie Kenny questioned: “How can upcoming social media efforts be ‘global’ if they ignore Asia?”

Kenny reported that Chinese social media platforms such as Weibo and WeChat had not been included in discussions about the Christchurch Call, despite their huge reach.

And in an opinion piece for The Spinoff, InternetNZ chief executive Jordan Carter wrote that the role of big countries other than the US - including China and India - would need to be explored: "These are enormous populations with ever rising Internet usage, and their views matter."

In an opinion piece for Stuff following the summit, journalist Martin van Beynen echoed these concerns in saying the most conspicuous absence in Paris was not the US, but China.

Reporting from Singapore, New Zealand Herald political journalist Derek Cheng linked the principles of the Christchurch Call with Singapore's new law aimed at preventing the spread of fake news. Cheng reported that Ardern had no plans to broaden the Call to tackle the harm from fake news or misleading information.

Responding to a question from Cheng about whether the new law was consistent with free speech principles, Singapore's prime minister said: "I don't see our legislation being in any way restrictive of free speech. There are always rules around what you're allowed to do in terms of freedom of speech, because no free speech is absolute." 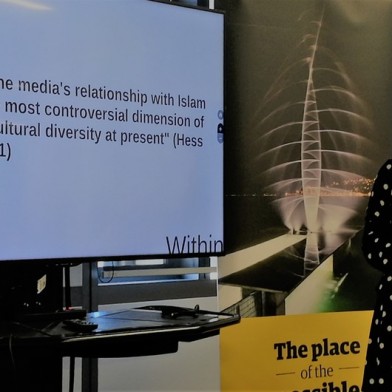