China’s rise in the Asia-Pacific region has the entire globe assessing how the future of the region might look. Delegates at February’s QS Summit in Wellington got a first-hand analysis from some leading academics on the subject, with debates over the nature of the power transition that is underway, and the contours of a new regional order. Graeme Acton looked in on the keynote address.

Professor of International Relations at Oxford University Rosemary Foot kicked off the debate, arguing that while a power transition between the US and China is obviously underway, China’s new vision for the region is being held back by its own policy decisions. “ It’s a question of China’s use of its new power as dominance, or power as authority, using ideas of consent, or coercion ..which is it?” she asked.

“You need to look at how wisely China is conducting state-to state relations in the region .. is it attracting followers or not?"

She says China has held itself back with a perception of heavy-handedness on issues like the South China Sea, where new military installations have been constructed on a number of small, uninhabited islands an rocky outcrops. 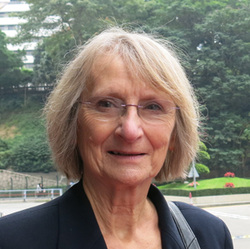 She says any new order has to be attentive to the norms that have kept the region stable in recent times, and China’s rise now means it has a role to play in establishing and maintaining a stable regional order, focused on something more than just military dominance.

“The signals that China sends are mixed – the South China Sea has been militarised – that is seen as a defensive strategy by China, but as an aggressive move by its neighbours to take control of marine resources - it implies use of force , or at least a  willingness to use force, and that creates distrust”

China though, regards the US as fundamentally disruptive to region order, dividing it into friends and enemies  Beijing has spent a lot of time emphasising its own willingness and commitment to public goods, like the hugely ambitious Belt and Road Initiative ( BRI). But the challenge, according to Professor Foot, is whether China can bring stability and development, and replace the US security order with something more firmly rooted in Asian economic power.

So, is China’s vision resonating anywhere?

The disruption caused by Donald Trump’s administration and its unilateral approach to international relations surely gives China a chance to corral some support. ”But China’s policies put China first and many in the region find it hard to see China “doing the right thing” says Professor Foot.

“China’s claim to be the main stabiliser in the region is put under question by its current attitude to the US and Japan, and its behaviour in places like the South China Sea”.

“Why is it that China is finding it so hard to move into the role of benign hegemon in Asia …I’m not sure, but I think there is a sense of entitlement and a sense of victimhood that is drawn on frequently ... Xi Jinping has argued that China is in a “unique space”, not the post-colonial situation its neighbours occupy.” 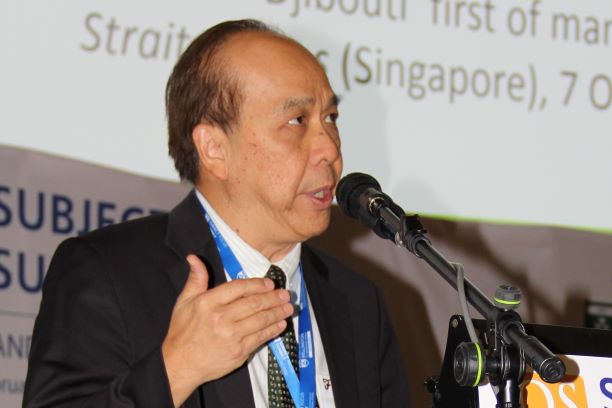 Professor Yuen Foong Khong joined the debate with a warning that political tensions in East Asia are a potential flashpoint for conflict.

“Asia is moving fast from uni-polarity to bi-polarity .. and the competition between the US and China could be reminiscent of the Cold War, but perhaps even more severe and dangerous than that period.”

“There are a number of flashpoints in Asia – the South China Sea, North Korea, Taiwan - and these flashpoints do not involve proxies. If they flare up then China and the US will find themselves directly involved very quickly”

But Professor Khong doubts a war will erupt, given the amount of economic integration between the two, and the fact neither would want any kind of nuclear exchange.

“China sees the current order as constraining on a number of fronts... China wants equality with the US in the region ... but the US is very unlikely to cede to that, as it has more economic power, and stronger alliances in the region”.

“Also China’s one-party political system is s serious stumbling block to it being accepted as a credible equal in the region at present.”

“Both will pressure states to align with them, even though most Asian nations would really rather not have to.”

“If push comes to shove I believe Japan, Australia and NZ will stand with the US, but it’s in Southeast Asia that some of the allegiances are up for grabs – maintaining the strength of ASEAN will become increasingly important in the coming years.”

Professor Xiaoming Huang from Victoria University of Wellington wrapped up the keynote with an alternative view on the bi-polar outlook in the Asia-Pacific put forward by Professors Foot and Khong.

His view was that the Asia-Pacific’s increasing instability could in fact result in a more pluralist future scenario, with no one power taking precedence over another.

“The bi-polar scenario with China and the US may not eventuate. East Asia’s future may we be more diffusive and de-centralised than you might think."