Farming sheep for their wool was once the central pillar of the New Zealand economy, an industry so lucrative the export dollars carried the entire country along, as they used to say… “on the sheep’s back”.

While Asia still remains a key market, the wool industry is in a race to find workable solutions to the issues of low prices and disinterested customers.

Wool exports have been forecast to fall below $500 million this year, amid a US-China trade war and a COVID pandemic.

The one bright spot in the NZ wool sector is the relatively positive position enjoyed by the fine wool growers – those working with the hardy Merino breed mostly in the South Island.

In the wool business there's fine wool – used in clothing.

The fine-wooled Merino is the key factor in the success of brands like Icebreaker and Allbirds, who’ve combined fashion with function to create products popular in Asia, and around the world.

In a very distant second place are the strong wool growers. New Zealand is the largest exporter of strong wool in the world, but the race is being lost as synthetic materials have continued to grab market share in recent years.

Once it was serious money in the bank, but these days most strong wool farmers pay more to the shearers that they get back from the wool sales.

It’s telling that one of the sheep breeds becoming increasingly popular in New Zealand is the Wiltshire, a breed that sheds its wool, and remains a stranger to the woolshed.

So, what is to be done? Last month the latest analysis of New Zealand’s faltering wool industry was released by the “Wool Industry Project Action Group” (PAG), comprising farmers and business-people, and headed up by the Wanaka-based  agri-business heavyweight John Rodwell.

It’s a sobering read, laying out some considerable obstacles. But also presenting a plan for action revolving around a marketing plan for foreign markets including Asia.

Central is the concept of sustainability, and of a green and recyclable product which can be marketed to Asia and the world as healthy and natural alternative to plastic-based synthetics.

Tom O’Sullivan farms sheep in southern Hawke's Bay, and is a trustee on the New Zealand Campaign for Wool board.

The Campaign for Wool is a global endeavour initiated by its patron, The Prince of Wales, in order to raise awareness about the unique benefits offered by the fibre.

For Tom O’Sullivan, it’s a matter of the local wool industry resting on its laurels for decades, and watching the competitors take over.

“The issue with wool is really it that hasn’t been marketed properly, and as exporters if we fail to tell our story then we risk being defined by our competitors – and really that’s what’s happened with synthetics coming in.”

“The industry is in such a crisis I think something has to change, and sometimes to get some meaningful change in an industry you need a real crisis, just to shake things up.”

Also crucial is the concept that wool must move away from being just a commodity based on bulk volumes, and become a product targeted at consumers across Asia looking for a quality alternative to synthetic carpet and other products.

With a massive drop in price, followed by a drop in sheep numbers, the local sector has stalled and declined.

But the PAG report poses a possible future state where NZ wool-growers and marketers pick up on the increasing number of discerning consumers in Asia looking for quality natural fibres.

Synthetics may be cheaper, but according to the wool advocates like Tom Sullivan, consumers around the world are turning against plastic, in all its forms.

“You look at plastic bags coming out of supermarkets, consumers now have a bigger perception of the issues, and when carpet is described as synthetic, what that actually means is that it’s plastic.”

Wool exporter NZ Merino is in the forefront of the development of NZ fine wool, and the head of the company’s Research and Development is Logan Williams, who helped earn the firm the Supreme NZ International Business Award in 2019.

He says consumers turning away from plastic are looking to wool, but also to new products under development.

“You can injection mould with this material, and it’s a viable alternative to plastic, and 100 percent biodegradable.” he says.

“We can pretty much do anything with it you can do with plastic, so it’s a pretty major breakthrough we’re working on.”

Logan Williams says if the industry can re-align itself, NZ strong wool will find itself in a good position, as consumer tastes turn away from plastic, in favour of natural fibres.

“Synthetic carpets put chemicals into the air which are poisonous” he says. “I think we’re going to see a big push towards healthy homes, with people wanting to surround themselves with natural products - in the future I think they’ll look back to this time and wonder why we were all voluntarily poisoning ourselves..”

“We’re building the concept of an entire wool-based system - rigid materials, carpet, furniture, curtains, the whole house, which would be better for you and your family, and the whole planet.”

“Luxury fashion sells really well in Asia, and fine wool from New Zealand fits right into that. “ he says.

“Most wool gets sent from wool scours here to either China or Southeast Asia where its spun. We go directly to the consumer then, and the brands, and we sell them the wool, and then they deal directly with the factory using our wool. So it’s a different process , a more market-led process”.

Agriculture Minister Damien O’Conner has indicated a government willingness to partner with the wool industry to make the changes needed in marketing , but also in research and development

$100 million has been set aside in the government’s Sustainable Food & Fibre Futures Fund, to co-invest in primary sector projects.

NZ Wool’s Tom Sullivan agrees the time is right for a complete reset of the industry. 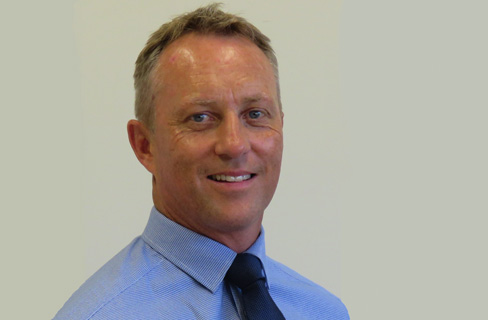 “We now need to get a group of the right people together to look at the investment possibilities and, with a bit of help from government, make them happen”

Right now there is no wool leadership group in NZ, as there is for kiwifruit and meat.

As a result, investment and marketing offshore has lost focus.

The PAG report describes the emergence of a “coalition of the willing” which can drive investment in wool marketing in Asia and further afield.

But for NZ Wool’s Tom O’Sullivan, the resurrection of the industry comes down to simple economics.

“ Ultimately if we can get investment and business development moving in the strong wool sector, we can get to a point where demand outstrips supply, and you see the price begun to lift.”