The COVID-19 outbreak in Wuhan was a devastating blow to China, leading to a global health and economic crisis which is a long way from over. Businesses across New Zealand face the collapse of trade with China, business that has sustained and grown their enterprises over many years.

Graeme Acton talks to crayfish industry leader Campbell Gin, about the impact here, and where to next for the lobster trade with China.

For New Zealand's crayfish (or rock lobster) export market, the collapse of the Chinese market has had a profound impact, and is a huge blow to a Kiwi industry employing hundreds and earning some serious export dollars.

The coronavirus hit China in early January and weeks later the problem was out of control and threatening the entire country.

It was also the absolute worst time for the New Zealand crayfish industry, preparing to provide the huge amount of seafood always needed during the Chinese New Year festivities later in the month.

He says it’s a market disruption unlike anything ever seen by the industry, and just how it all plays out is still uncertain.

Gin has invested years developing the Chinese market, spending around three months a year in the country and picking up the language along the way.

China has been the biggest importer of lobster in the world, and Gin says his company can turn over $65-75 million a year out of China, a trade that’s now pretty much collapsed.

“I was up in China at the time … when the market crashed, everything just shut down overnight - we had pre-orders, they all fell over, it was devastating,” he said.

“We’d ramped up our fishing to prepare to get as much stock as we could air-freighted up to China."

"Over 90 percent of it goes through Shanghai, some through Hong Kong and Guangzhou, usually we’re putting 1000 tonne a year into China ...not now” 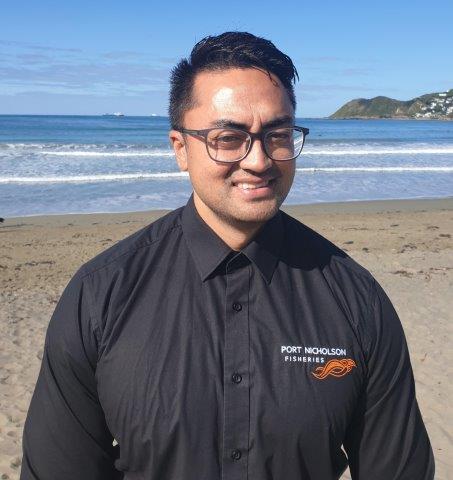 PNF has the capacity to store un-sold crayfish in holding tanks at its Lyall Bay facility as well as elsewhere – but that’s only a temporary stop-gap.

“If they’re not sold as live then we tail them for the US market, but the prices there are way down on the live market in China” Gin said.

“We are part of a system called ACE – the Annual Catch Entitlement. We’re paying into that system for the legal right to harvest crayfish all around the coast and out in the Chatham Islands as well. That’s where we’re getting a significant amount of the crays we catch. That’s where the really big ones are”.

Gin is relieved that the government has agreed to fishing companies carrying over 10 percent of their unused catch entitlements into the coming year - which started on April 1. But that’s a relatively small percentage and the industry as a whole had been pushing for a lot more.

Crayfish industry leaders estimate around 300 tonnes of unused ACE will go down the drain, taking about $35 million in export dollars with it.

“It’s a real flow-on effect, it’s not just the crews, it’s the factory workers, the truckies, the office workers, the whole economy around the crayfishing industry - and we’re talking 2300 tonnes or so which can be exported from New Zealand in a good year.”

“China’s really the only market that can deal with that amount of stock, and what this whole virus situation has exposed is that there’s no real secondary market for New Zealand. We are in this business relationship for the long haul," he said. 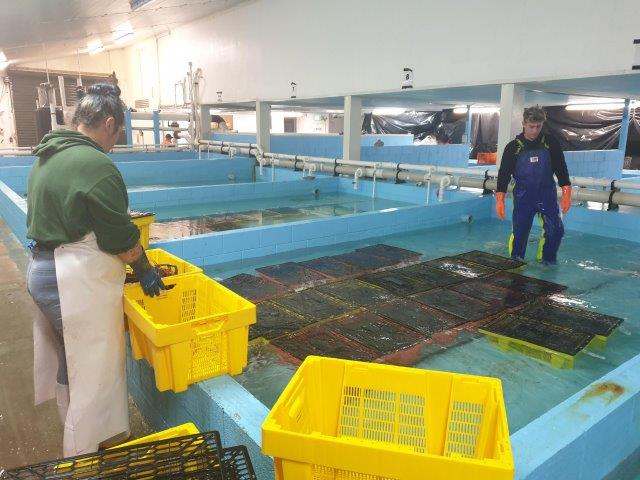 The virus crisis in China has impacted the lobster industry across the globe, with all exporters watching events unfolding and waiting for the early signs that Chinese business is emerging from the shutdown.

Brazil, Canada, Australia, the US, and Mexico are among the nations watching and waiting.

“We have a free trade deal with China though, and that will help streamline things when China gets back on its feet - and that will happen, the Chinese people are very resilient, they will come back from this,” Gin said.

Gin's wholesale contacts in China are cautiously suggesting things are beginning to change, but it’s no easy fix. Even Chinese consumers with money in their pockets are finding it hard to source some of the imported luxury items they’ve become used to – European wines, imported meat and dairy products have joined the list along with lobster.

"We managed to get a shipment away last Saturday, that was the last for the season, and we haven't even started the new season because of the lockdown here."

Gin said the other significant issue is the lack of flights - both internationally and domestically - and the severely curtailed freight capacity for cargo like live seafood.

“This season coming I think will be rough around New Zealand. Even when the Chinese get the virus issue sorted out, you’ve got the economic hit to deal with and the whole restaurant and retail scene in China where demand will be right down for a while.” he said.

New Zealand's crayfish industry employs around 2,500 people, bringing in annual export revenues of around $320 million dollars. This year, the industry estimates that figure will drop by at least $35 million.

“Operators will do it hard," Gin said, “Prices are down, and firms will be talking to their banks about mortgages on vessels, on facilities, equipment and fuel costs.”

Fisheries Minister Stuart Nash earlier this year agreed to a proposal for fishers to release crayfish back into the sea, as the Chinese orders dried up, but it's not a plan currently favoured by Gin, who is also somewhat sceptical about putting more crayfish into Kiwi supermarkets.

“It’s a short term thing ,$60 a kilo for crayfish here isn’t as much as offshore, and you would really only be seeing maybe 100-200 kg a day or so moving in the market" he said.

“We are not just exporting to China. We as a business are relying on China. We’ve worked hard to get a premium product into a lucrative market and it’s a game full of huge companies shipping huge volumes. You’ve got to be able to sustain that, and the quality of the product.”

“How long can this industry sustain a crash in the market? Maybe a year, maybe a bit longer.”