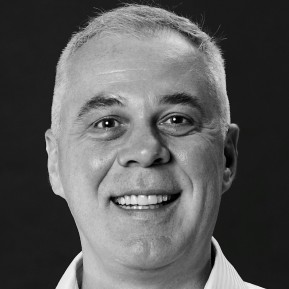 Predicting the future of travel in South East Asia is a tricky pastime. Already, it’s been 14 months since many people travelled internationally. By the time they are able to do so again, the travel pause could extend to almost two years. Even that timeframe will rely on a more robust supply and rollout of vaccines than most of the region currently enjoys.

In the highly volatile context of Covid-19, no-one can be certain how patterns of overseas travel demand will shift, either temporarily or for the longer term.

What is viable is to search for clues among pre-pandemic trends that have crystallised during the long months of locked borders and domestic-only escapes.

One trend that stands out beyond all others is self-drive trips. 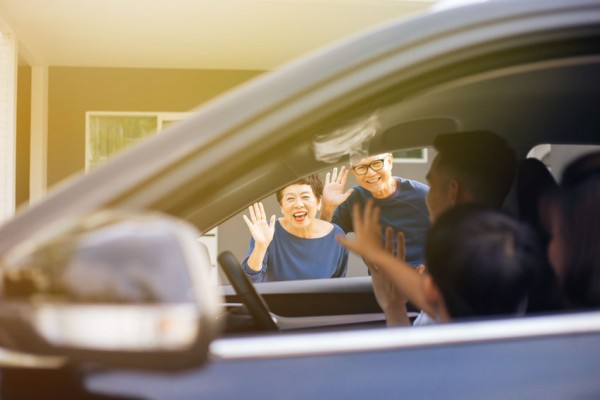 In recent years, New Zealand and Australia witnessed rising numbers of tourists from China and South East Asia who enjoy the freedom to roam. Rental car and campervan operators were booked out months ahead of peak travel periods from Asia. Tourism New Zealand even created an online education campaign to promote vacation driving safety, noting:

“Visitors on self-drive holidays are considered high-value because they visit multiple regions and their spending benefits local communities.”

During the pandemic, domestic destinations have been the only recourse for a much-needed getaway, and South East Asian countries have witnessed a surge in short-drive getaways. Governments in the region are now looking to develop self-drive tourism by constructing new highways along coastal routes and into scenic interiors. These will be pivotal to national expansion plans, whereby infrastructure projects create jobs now and offer pathways to economic growth in future.

Although it is gaining broader appeal with local travellers, self-drive tourism was ignored by South East Asian tourism boards before Covid-19. The reasons for this include patchy road infrastructure and prioritisation of new airports to support the region’s low-cost-carrier boom.

Another barrier is bureaucracy. Although the 10 countries of South East Asia created the ASEAN Economic Community in 2015, no common framework exists – such as the Schengen agreement in the European Union – for unchecked cross-border travel.

This was being partially addressed before Covid-19. The ASEAN Tourism Strategic Plan 2016-2025, sought to “recognise domestic driving licenses issued by ASEAN countries to promote drive/overland tourism across ASEAN.”

No mention was made about self-drive tourists from non-ASEAN countries, and this seems unlikely to change any time soon. However, renting a car to explore a single country could become more viable. Pressure to diversify shattered visitor economies after vaccine rollouts achieve herd immunity suggests self-drive tourism may be promoted more eagerly in future. 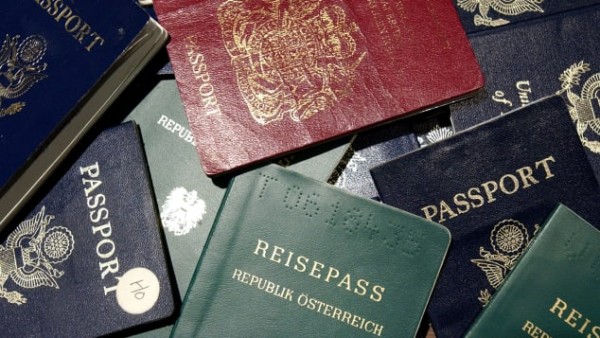 Rebalancing air and overland travel could bring various benefits to economies in the region. These include:

There are strategic challenges, though. Constructing expressways is costly, time consuming and can adversely impact rural communities and eco-systems. Such projects also encounter frequent delays, especially regarding land acquisition and building tunnels and bridges.

Two of the region’s most progressive countries for self-drive tourism are likely to be Thailand and Vietnam. A third, largely driven by its geographic proximity and close economic ties with China, is Laos.

A study by the Thailand Association for Domestic Travel estimated that an extra 5 million travellers could have entered Thailand from ASEAN states between 2016-2020 if cross-border road mobility had been liberalised.

Thailand continues to confront a huge shortfall in tourism income after welcoming 39.8 million international visitors in 2019. Despite attempting to launch a pilot project to reopen inbound travel on the island of Phuket in July, it faces another year of steep losses. There is a growing realisation that the halcyon travel days of 2019 may not return.

Building scenic road routes is perceived as a chance to refocus and redefine tourism – and better integrate domestic and international travel into a national strategy. 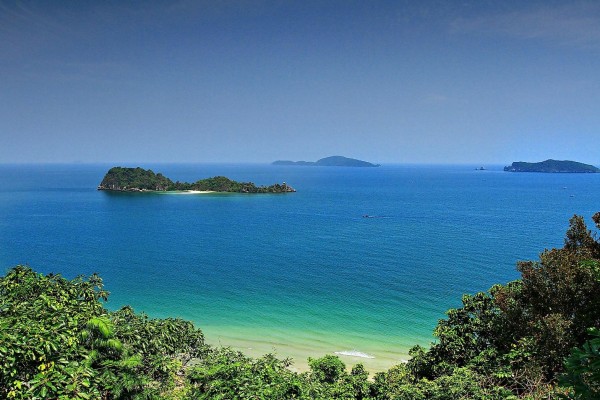 The "Thai Riviera" project has been approved by Thai cabinet | Photo: WorldAtlas

In November 2020, Thailand unveiled plans for three new sightseeing routes. Designed to “stimulate the tourism industry and the local economy,” the marquee route will be a 1,500km coastal expressway along the Gulf of Thailand, nicknamed the Thai Riviera. This concept was first floated in 2018, but appeared to stall. It will now be developed alongside a 750km road tracking the Mekong River, and a 175km highway traversing the Khao Yai Mountains.

Constructing the entire Thai Riviera will be a 20-year project. The first two phases of the highway are scheduled for completion in 2023 and 2026.

The growing profile of self-drive tourism in Vietnam was elevated further in April when the Hai Van Pass was listed among the world’s 10 most scenic driving routes by Travel + Leisure. This short but meandering drive or motorbike ride through misty mountains in Hue province affords fine panoramas of deserted beaches fringing the South China Sea.

Inspired by the recognition for Hai Van, local media recently began promoting other picturesque routes, notably the Cat Ba archipelago. Located on the Gulf of Tonkin these forested islands feature limestone karsts and caves, and are accessible by driving across the Lach Huyen Bridge – Vietnam’s longest sea bridge. Also gaining attention among domestic self-drivers is the south-central coastal route which passes through five provinces and offers detours to unspoilt beaches and sand dunes. 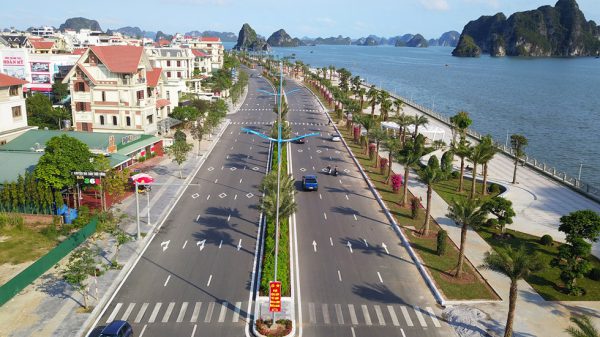 More self-drive options are opening up. In the north, Tran Quoc Nghien coastal highway opened in May 2020 and has become a coveted hotspot for engagement and pre-wedding photos set against the backdrop of Halong Bay, a UNESCO World Heritage site. In the central coast region, the 77km La Son-Tuy Loan expressway will ascend into the Bach Ma mountains and national park, which are for popular for trekking and hiking.

Before the pandemic struck, Laos was witnessing more affluent Chinese tourists arriving across the border by car. The nation is currently awaiting the opening later this year of the China-Laos high-speed railway – which will link Kunming in southwestern China with the destinations of Vang Vieng, Luang Prabang and the capital Vientiane on the Thai border.

Meanwhile, a new four-lane, highway is also under construction by Chinese firms. The first phase, a 110km stretch from Vientiane to Vang Vieng, opened in December 2020. Driving time between the two locations is now just 75 minutes, making it an easy weekend getaway from the capital. Over the coming years, the extension will wind north through the scenic interior to Boten on the Chinese border.

This development along with the high-speed railway will likely reshape Laos’s visitor economy, and may transform expectations about overland travel across South East Asia. 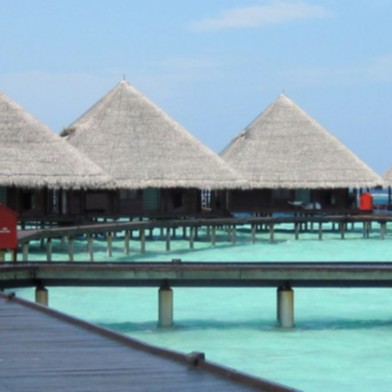 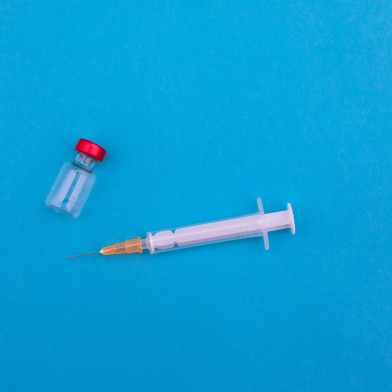 News
Travellanes,vaccinepassportsexamined
Around Asia, travel bubbles and vaccine passports are being examined, but more Covid cases are still looming amid vaccine rollouts. More >
by