Dr Sriprapha Petcharamesree, from the Institute of Human Rights and Peace Studies at Thailand’s Mahidol University, spoke at Wellington's QS Summit on the Rohingya crisis and examined how power shifts in Asia and the growth of China are affecting the lives of more than one million refugees.

Since the 1970s, hundreds of thousands of Rohingya, the “most persecuted minority in the world”, have fled Myanmar.

Violence and persecution have pushed the Muslim-majority ethnic group from the western coastal state of Rakhine, often to the north, through the border to Bangladesh and into refugee camps.

Dr Sriprapha Petcharamesree visited these camps in 2018 as part of her work on forced migration and plans to visit again in March.

“Power shifts [in Asia] affect the lives of more than a million Rohingya stranded in the camps in Cox’s Bazar,” she said. The plight of the Rohingya has stretched back decades but only came to the world’s attention following incidents like the Andaman Sea Crisis and the August 2017 crackdown by Myanmar’s army, which saw more than 730,000 Rohingya flee to Bangladesh.

Myanmar has faced pressure from the UN, Western countries and the Organisation of Islamic Cooperation to address human rights issues within its borders.

But despite this, Myanmar and its leader Aung San Suu Kyi have denied any acts of genocide, framing reports of violence as internal armed conflicts.

Asian-Pacific countries have responded differently to the crisis, and while Dr Petcharamesree analysed these response – including India’s -she focused her attention on China’s reaction.

“The development of Rakhine state seems to be more important than dealing with the suffering of Rohingya, because of the geopolitical location of Rakhine.”

“Because of the rise of China, it’s plain to see why the issues of some groups of refugees … have gone unnoticed.”

"Putting issues of migration into the context of power shifts is challenging, but it helps us to understand why many cases of forced migration remain intractable.”

China’s ties to Myanmar and response to the Rohingya crisis

Dr Petcharamesree said China had positioned itself as a “peacebroker” in the Rohingya issue, but had sidelined the peoples’ plight.

“Myanmar was always dependent on China for political protection in the UN during the years of the military government,” Dr Petcharamesree said, “And they’re still protecting the civilian government against international sanctions, but for other reasons.”

In 2018, China voted against the UN Human Rights Council motion to establish a panel investigating possible genocide of Rohingya in Rakhine.

Dr Petcharamesree explained China’s view on Rohingya in three points: Firstly, China views the issue as a bilateral one between Myanmar and Bangladesh and as such, had brokered meetings between the two countries.On Rohingya as a group, its view was that the people belonged to Myanmar and should be repatriated. She also highlighted an official Chinese statement saying it was against “approaches that tend to complicate ... and internationalise the issue.”.

So what does China gain from supporting Myanmar?

Dr Petcharamesree pointed to China’s economic and infrastructural interests throughout Myanmar. Among those were China’s Belt and Road Initiative (BRI) which would link the country to the Indian Ocean through Myanmar; the development of Kyaukphyu port; and the development of a Special Economic Zone in Rakhine. Additionally, Myanmar is rich in natural resources such as oil, gas and jade.

By supporting Myanmar while it faces international criticism, China could place itself as a strong ally and attract popular support, she said. China could also assert its leadership in regional affairs and use its pro-government position to win support within Myanmar for projects such as the BRI.

Given its proximity to Myanmar, Dr Petcharamesree examined India’s stance – “traditionally quite friendly to refugees” - on Rohingya, using analysis from academic K. Yhome.

According to Yhome, in 2012 India viewed the Rohingya crisis as a bilateral affair between Bangladesh and Myanmar and in 2014, following the re-election Prime Minister Narendra Modi, it started deporting Rohingya.

“India took the side of the Myanmar government - and you may be asking ‘why?’,” Dr Petcharamesree said.

Yhome’s analysis found a key reason was Delhi’s concern that raising the issue publicly might push Myanmar towards China, at a time when India was trying to build relations with Myanmar.

India has economic interests with its companies holding stakes in Rakhine gas fields, Dr Petcharamesree said, as well as interests in connecting its landlocked northeastern region with the Bay of Bengal.

In recent years, growing security concerns and the need to balance diplomacy between Bangladesh and Myanmar lead to a “quiet diplomacy” approach and “playing the development card” to strengthen ties with Myanmar: in December 2017, India signed an MoU on a development programme, which included a project to build housing in Rakhine.

On one hand, the UN and Western countries seek to address human rights issues, but are reluctant to use sanctions in case it pushes Myanmar towards China. On the other hand, China’s protection of Myanmar from punitive actions means the country is “well positioned to resist.”.

“The people’s agency is incredibly important - especially for their future.” 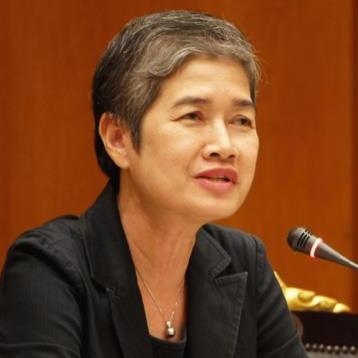