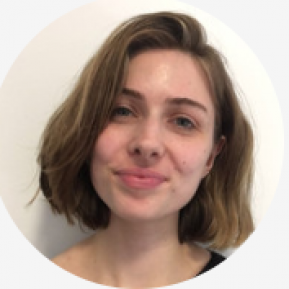 In April this year, some 25 million residents in Shanghai, China were locked down in an effort to stamp out a surge of Covid. The restrictions lasted weeks until they were eased only within the last month. However, over the last few days, people are facing fresh restrictions, as another mass testing drive begins in the face of recurring cases.

With potential looming restrictions, Alex Smith takes a look at the beginning of Shanghai's mass lockdown earlier this year and how people got creative with haphazard food supplies.

Shanghai residents resorted to innovative ways of getting food and other necessities amid the city-wide lockdown that began April 1 and ran through until June.

Issues around Shanghai’s 25 million residents getting access to sufficient food supplies drew widespread controversy, particularly after it became clear the lockdown would last longer than the initial four days residents were advised to have food supplies for. 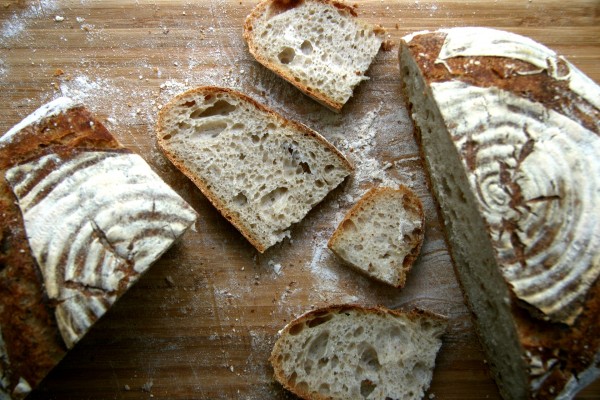 Sourdough - a feature of many lockdowns around the world - became a staple for some in Shanghai. Photo by Tommaso Urli on Unsplash

With difficulty accessing open supermarkets or supermarkets barred from selling to individuals due to concerns over on-selling at extortionate prices, those caught up in the lockdown were forced to turn to innovative ways of securing supplies.

Like many others, Anna Gao, an entrepreneur from New Zealand who moved to Shanghai from Beijing just before the lockdown, and who asked that her real name not be used for privacy reasons, started making sourdough bread to help pass the time.

“I never would have thought to bake bread before… I created my own sourdough starter from scratch over eight days and I’ve been sharing the bread with my neighbours.”

Gao traded a loaf of focaccia bread for a bag of mixed nuts with her neighbour two floors up, but she's not the only one making bread for her neighbours.

She heard about a French chef who started baking bread for others in his Shanghai residential apartment complex. 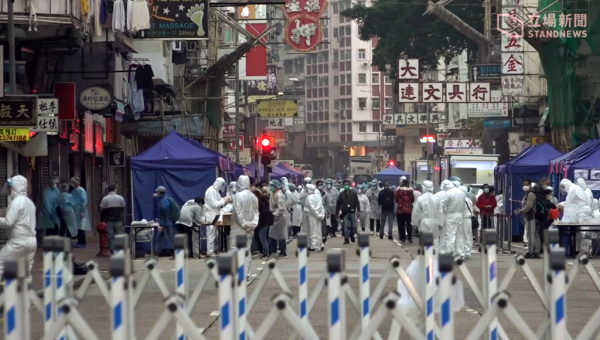 Shanghai has been put into lockdown previously, as pictured here in 2021, in pursuit of China's zero-Covid policy. Image: Wikimedia Commons

“Now [he] has a network of three houses in his apartment building where he uses the oven. He's baking 16 hours a day and selling the bread.”

New Zealand teacher Brooke Gibson, who has been in Shanghai for three years, also began exchanging goods with others in her apartment.

When she received a whole chicken and some other meat through a government-supplied food box, she offered it to her neighbour.

“She [the neighbour] said what do you want to trade and I said, not food, we have enough.

“So she was like, ‘What do you need?’ and I said cleaning sponges and dishwashing liquid. So she traded that for the meat,” says Gibson.

With most people unable to leave their apartments to pick food up and only a limited number of vehicles allowed on the road, the cost of deliveries spiked.

In order to secure food deliveries from restaurants and suppliers, neighbours often had to band together to put through mass orders, with many suppliers requiring at least 50 orders before it could go ahead. 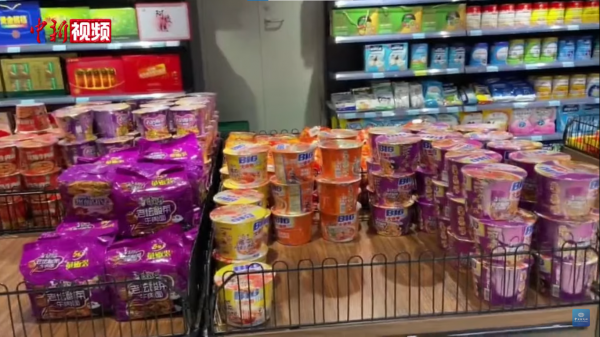 A supermarket in Pudong before the lockdown. While restrictions were in place in Shanghai, some apartment complexes started group-buying food - placing large orders for supplies to divide amongst themselves. Image: Wikimedia Commons

Gibson explains that the residents in her apartment compound set up group chats for bread, vegetables and snack orders on the social media app WeChat. Once enough people signed up for purchasing from a particular supplier, the delivery could be put through.

Kourosh Asghari, a New Zealander who has been in Shanghai for eight years, says that the residents in his apartment complex ended up enjoying group deliveries from KFC, Pizza Hutt and Taco Bell.

Asghari estimates that around 50 households went in on the deliveries from Pizza Hutt and Taco Bell.

But the lack of control around what is included in the government-supplied food parcels prompted some to get innovative with their cooking.

“You get all these things that you've probably never cooked before. And you have to figure out what do you do with [these]?” says Gao.

Gao experimented with using the famously polarising fermented tofu, known as ‘stinky tofu,’ on bread in place of cheese. 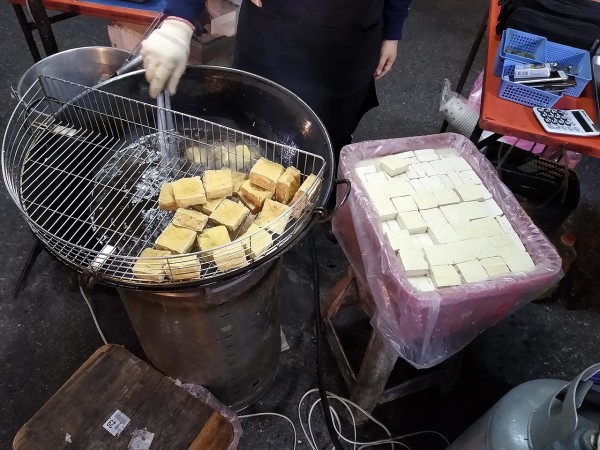 Stinky tofu - pictured here being cooked at a night market - became the subject of experimentation for some trying to get creative with food during Shanghai's lockdown. Image: Wikimedia Commons

Gibson says that she was fortunate with the food parcels she’s received but is aware not everyone was so lucky.

“We’re hearing of people getting just 20 cucumbers and nothing else,” says Gibson.

Elton Nash, a New Zealander who has also been in Shanghai for three years and asked that his real name not be used due to his employer’s request that staff not talk to media about the lockdown, says at one point he and his flatmate ended up with about 150 eggs from government supplies, group buy orders and deliveries from his workplace.

“I tried my hand at making a pavlova and a couple of cakes,” says Nash.

With people forced to cook with new ingredients and unable to rely on professional tradespeople for things needed around the house, Gao speculates it’s no coincidence China’s Ministry of Education has recently announced that primary school students will be taught cooking and how to fix household appliances as part of a separate course starting this September.

Banner image: The Bund after lockdown in the Puxi area in Shanghai in 2022. Source: Wikimedia Commons 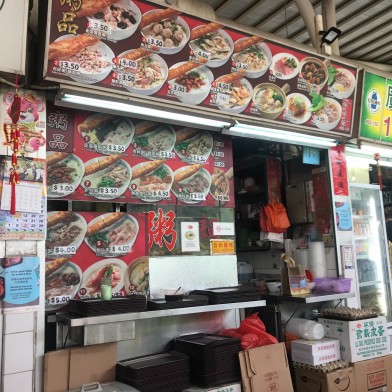 Features
HawkercultureinSingapore
Singapore hawkers ­– large food courts full of stalls – are a tourist attraction all on their own, and perhaps even more famous than the iconic Merlion. More >
by Anna Murphy 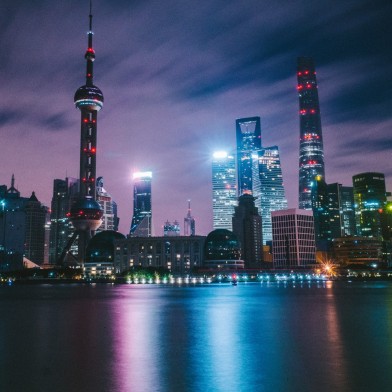 News
ChineseconsumertrendsinCovid
NZ's trade commissioner to Shanghai, Richard Dunsheath, sits down to talk Chinese consumer trends during Covid and what that could mean for Kiwi exporters. More >
by 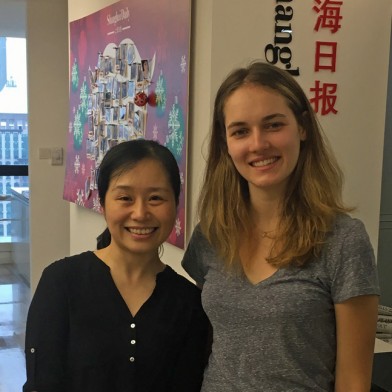 Opinion & Analysis
SixweeksataShanghaipaper
"The reporters I met were sharp, critical, intelligent, educated, and would be more than capable of thriving in a western newsroom," writes Sophie Boot. More >
by