Amanda Saxton is a freelance journalist who previously worked for Stuff and has contributed to other media outlets, nationally and internationally.

Yanbu Vang’s tiny restaurant and juice bar, Gunusu, is perhaps the only Tibetan-Yemeni eatery in the world. We find out how this ethnic Tibetan with a masters in petroleum engineering came to be selling Yemeni food in downtown Wellington.

Yanbu Vang grew up in the world’s highest inhabited region: the Tibetan Plateau. His hometown, Xiahe, sits in a valley higher than Mt Ruapehu. It’s famed for a Buddhist monastery where monks wear yellow hats that look like elaborate mohawks. Thirty-three-year-old Vang, however, is part of the region’s small Muslim minority.

Vang never expected to open a restaurant, let alone one in New Zealand. His first degree was in journalism. His first job was in China, at a publishing company where he worked on a magazine called UFO Research. But he was drawn to anthropology, then human geography, which morphed into geology. That led to the first unexpected twist in his career: Vang found himself with a masters degree in petroleum engineering, then a job with an oil company in Dubai. 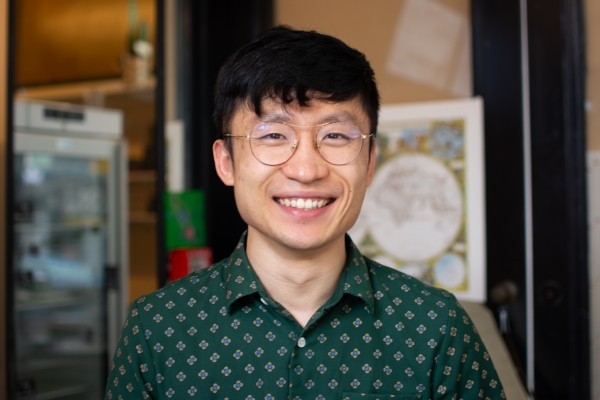 Yanbu Vang grew up on the Tibetan Plateau, the world's highest inhabited region, and somehow ended up opening a Tibetan-Yemeni restaurant across the world in Wellington. Image: Supplied

Vang loved how international the UAE was. All the people and cultures and foods from all over the world, working together in a desert by the sea. In Dubai, Vang picked up a lot of what serves him well in Gunusu today. He learned what attentive and discreet customer service looks like, from five star Emirati hotels. He also discovered a talent for cooking, and a passion for Yemeni cuisine.

Food in Yemen, on the Red Sea side of the Arabian Peninsula, is prepared the same way it has been for centuries, Vang says. Its unique taste is thanks to slow cooking infused with honey and red chillies unique to the area. In Dubai, Vang befriended many Yemenis. Their pride and love for a country so ravaged by civil war moved him deeply.

While the Tibetan Autonomous Region (TAR) is relatively calm these days, Tibetans have not had it easy. The Chinese government seized control over them in 1950 and the following years were tumultuous, culminating in the 1959 Tibetan rebellion. It was brutally suppressed. The region has since experienced periods of repression and of peace. It’s been shut off to foreigners due to political tensions and, subsequently, promoted as an unmissable tourism destination. Today, China pours money into the TAR. Fast trains arrived and industry got cracking. But the rampant development seen in much of China rubs against many Tibetans, who value a slower and more traditional pace of life.

“Probably like most indigenous people in the world, people in the Tibetan region feel closer to nature,” says Vang. “Our cultural traditions are based on the relationship between humans and nature.” A so-called ‘sky burial’ is one enduring example. This is a Tibetan funeral custom where human corpses are placed on mountaintops for vultures to devour, instead of being buried in the ground or cremated. 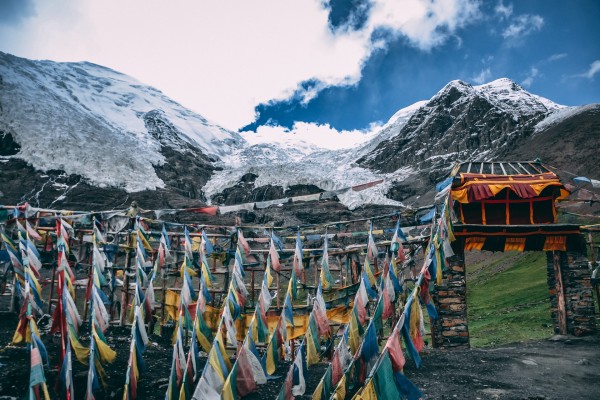 Vang says the people of Tibet feel close to nature and value a slower pace of life. Photo by Daniele Salutari on Unsplash

Generosity is a foundation of Tibetan culture. “You will find people willing to give a stranger food that’s worth literally their whole month’s income. My grandma is like that,” says Vang. Resilience is another. Tibetans, particularly older generations, have endured a lot. Awareness of past struggles makes facing the relatively minor trials of today easier.

Vang is Tibetan at heart. He tries to stay close to nature, visiting the origins of Gunusu’s fresh juices to see how the fruit and vegetables are grown. Vang’s generosity is apparent to anyone who steps through his door. Few leave without sampling some exciting new juice concoction or getting a little present of, say, dates, discreetly placed on their table. He often farewells diners with a hearty “here! take some tangelos.” And always seems to be in a good mood. This is where his resilience shows. Running a restaurant is hard, especially during a coronavirus pandemic. But Vang always has a smile, interesting conversation, and a glass of black carrot juice on hand for his customers. Sometimes he’ll even play the clarinet for them.

But how did he get here? After four years in Dubai’s oil industry, Vang decided it was time to pursue his “big dream”: to make the world more peaceful. His Yemeni friends’ experiences with war, and his own homeland’s fraught identity issues, stoked his intent.

“I think a lot of people have this same dream and they try to find the best way to achieve it,” he explains. “Being a politician, or a doctor, a scientist, a journalist… well, I decided I wanted to understand what makes someone a terrorist, and study something like international security.” 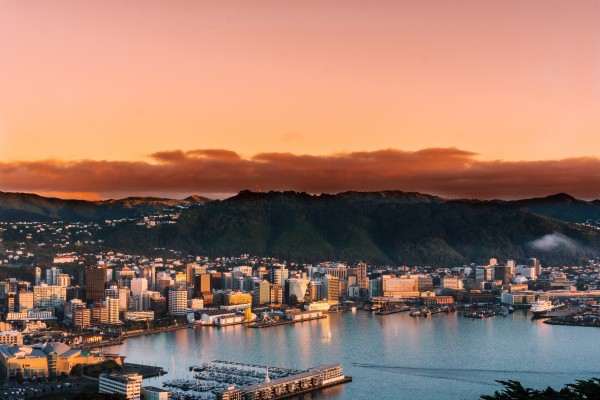 Vang moved to Wellington in 2018 to study at Victoria University. Photo by Sulthan Auliya on Unsplash

Vang is fascinated by the idea that one man’s freedom fighter could be another man’s terrorist. He moved to New Zealand in 2018, to study for a masters in Strategic Studies - a branch of international relations - at the Victoria University of Wellington. The aim was to work in the diplomatic field. To avert wars and find diplomatic solutions.

But he couldn’t find work after graduating. He believes his lack of “cultural competency” (his foreignness, essentially) held him back. So, Vang threw himself into total immersion mode. He treated jobs like research projects that happened to pay his bills. Last year, for instance, he worked as a bus driver. “People said, ‘what a waste of your degrees’, but I don’t think so,” he explains. “It was really educational. Making eye contact with everyone, observing the streets. It was fascinating.”

In April this year, Vang opened Gunusu - on Willis Street - with a New Zealand business partner and the support of friends in Dubai. “Running a food business, providing a basic service that people need, is a really good way to get to know a society better and build connections,” he says. 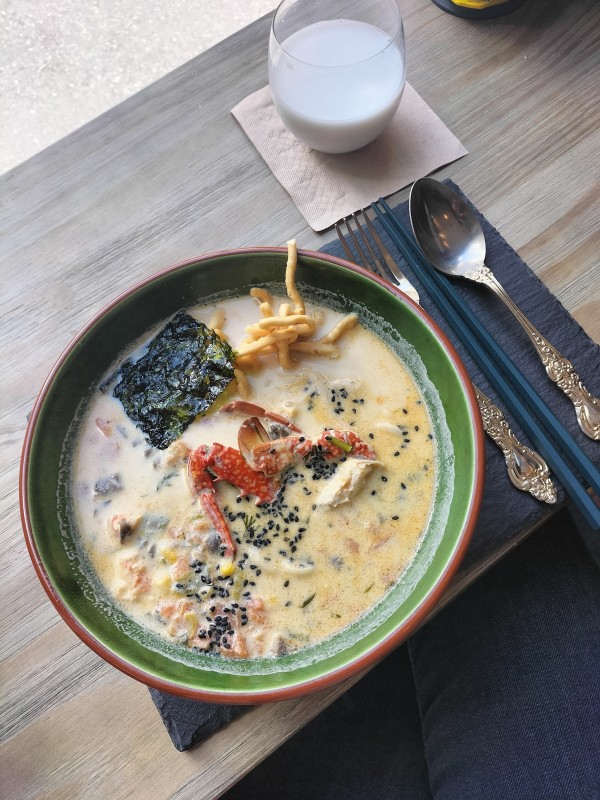 A Tibetan-Yemeni menu made sense to Vang, who sees it as a subtle way to shine light on two of the world’s lesser known cultures. Dishes include neomen ($14), a Tibetan noodle soup of root vegetables in a starchy broth, garnished with sesame seeds and a slick of tahini, and manakheesh ($7.50) - a Middle Eastern mini pizza with goat’s cheese and lamb. There are two lamb mains, one Tibetan (showva, $14) and one Yemeni (haneeth, $19). The former comes slow-cooked, spiced with ginger and tongue-numbing sichuan pepper. The latter gets coated with turmeric, cardamom, and cumin, pressure cooked, then grilled. Haneeth’s description on the menu reads: “Let’s think about Yemen more often. Love.” Drinks include Arabic coffee and Tibetan wolfberry tea, along with a wide range of fresh juices: coconut, carrot, black carrot, tangelo, grapefruit, and Vang’s own blends. Everything is halal.

Gunusu is a small restaurant. Dining in a delightful, but a squeeze. Vang has started tailoring operations to the take-out lunch crowd. He’s still experimenting with what works best. Eventually, he’d like a bigger space where he can provide the sort of wrap-around dining service befitting his ‘shine a light’ mission. Ultimately, however, Vang still wants to be a diplomat. But for now he is happy to learn from and enlighten New Zealanders through food. 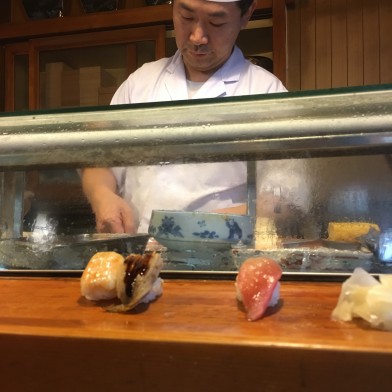 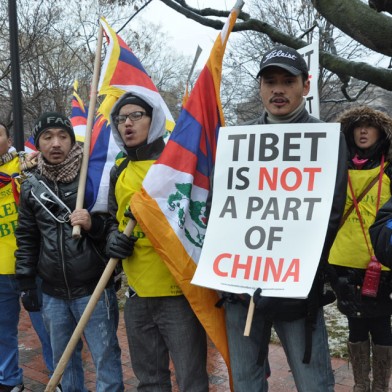 News
5questionsontheTibetanUprising
This month marks the 60th anniversary of an uprising by Tibetans against Chinese rule. We look at the significance of this anniversary and the situation today. More >
by 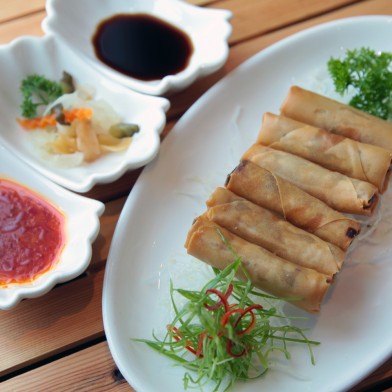