Alexander Bennett is one of the world’s foremost experts on Japanese martial arts, especially in the practice of kendo. He spoke to the Asia Media Centre about his passion for kendo, his unique Kiwi-Japanese journey, and what continues to drive him. Alexander Bennett’s relationship with Japan began over 30 years ago.

It was pre-internet days and the only way to truly know Japan – beyond books, documentaries and television shows – was to go there.

“I started studying Japanese at 13 at high school in 1983. It was quite rare to study Japanese back then. One thing led to another and I was successful in my application for a Rotary exchange in 1987.”

The culture shock was immediate for a Pākehā boy from Christchurch who’d never been out of New Zealand.

“It was mind-blowing. So many people. Unfamiliar.”

Nestled among the unfamiliar chaos was kendo, a sport he would take up on a whim – and which would turn into an all-consuming passion. Kendo, meaning “the way of the sword”, is a martial art based on traditional Japanese samurai swordsmanship that’s today practised with bamboo swords. Kendo practitioners are known as kendo-ka.

Bennett, then 17, remembers his first impressions being those of terror.

“I had dabbled in judo, but kendo was completely new. It was not pretty. It was frightening, compelling, and quintessentially Japanese. It was so energetic, dynamic, it looked extremely violent.

“But there was also something inherently beautiful about the clash of wills I was witnessing; raw humanity spilling out on the floor. It was frightening in one sense, but incredibly moving, compelling.”

The commitment required was intense. Bennett hated his first lessons.

“When I started, it was seven days a week and pretty rigorous. The sensei was a hard man. I didn’t like it at all.”

Even though he achieved the grade of shodan (first dan black belt), he was relieved to be liberated from the pain when his year as an exchange student was up.

But it was far from being the close of a chapter.

“I missed it. I felt there was an awful lot of unfinished business.” Answering the call of the sword, Bennett started Christchurch’s first kendo club with two other martial arts experts in 1988.

Suddenly he was thrust into the unfamiliar role of teaching.

“When word got out that there was a kendo club, a lot of people were curious. Many came to watch our unprofessional training. People started joining.

Bennett found himself wholly unprepared for the experience.

“I realised my deficiency, my absolute lack of knowledge. Shodan is really just the first step.

“A lot of the people coming were far more mature and experienced in martial arts, asking me about the philosophical aspects and how it could apply to your life.

“I was just a pimply little 18-year-old. I had no idea. It prompted me to study more.” Apart from his seventh dan in kendo, he holds a black-belt proficiency in iaido (5 dan), jukendo (5 dan), naginata (5 dan) and tankendo (5 dan).

Bennett is also widely published, with almost 40 books and journals to his name to date. In his day job, he lectures on Japanese culture and society as a professor at Kansai University.

“I’ve spent most of my career in Japan training, but also trying to facilitate a greater understanding of this culture outside of Japan, by creating magazines like My Kendo World, and publishing books that delve into the culture to try and contextualise it.”

The desire to be a conduit between two worlds came with its challenges.

Bennett fell into “a kind of mid-life crisis” along the way, prompting him to take a six-month sabbatical in 2015. He returned to New Zealand for a period of reflection.

“I went for long walks through the mountains across the South Island. I took a notebook and teased out long-forgotten memories.”

The break inspired yet another book: The Ultimate Samurai Guide.

“It’s a bit tongue-in-cheek, but it’s also a serious look at the history of Japanese martial arts while overcoming the trials and tribulations of living in Japan.

“That book was about me walking through the countryside, getting back on track, taking stock; the start of a new beginning. It’s the book I’m most proud of. It’s my favourite book.” Now 48, Bennett has spent more than half his life in Japan.

“This flummoxes Japanese when I say it: I see myself as a ‘Kiwi-Japanese’, as opposed to a ‘non-Japanese resident of Japan’.”

To get to where he’s at takes tremendous dedication and tenacity. But support from fellow martial arts practitioners has also been a crucial element in his story.

“I’ve been very fortunate, being a non-Japanese person who came over here at a very young age, young enough to absorb the language quite quickly.

“A lot of people have looked out for me over the years, respected senseis taking me under their wing. People have gone out of their way to help me at times. There are ups and downs, but I’ve been looked after,” says Bennett.

But of course, there is no substitute for hard work.

“The other side is that you train hard. But the more you train, the more you’re looked after. I’ve had to train my butt off – I’ve had to jump in there with the rest of them. I’ve had to sweat the same, bleed the same, and cry the same. I’ve earned my way like everyone else. You create bonds that transcend any national identities.

“The friends you make in the fray are friends for life. That’s kept me going.”

Check out other stories about: 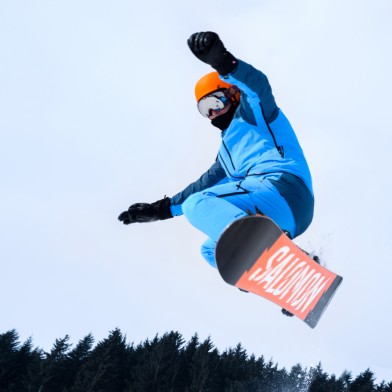 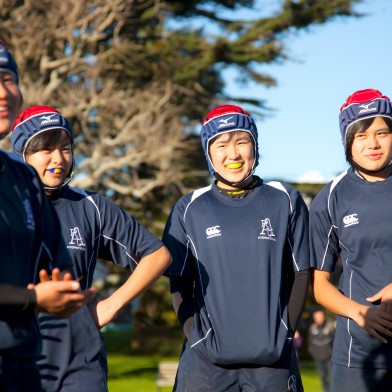