In the next 12 months, Wellington-based Human Rights Measurement Initiative (HRMI) will extend its expert survey to Hong Kong, Taiwan, and Malaysia thanks to a new crowdfunding effort.

The HRMI produces what it calls “powerful economic and social rights data” which can be used by human rights practitioners to hold their governments to account for breaches. The organisation's human rights scores are “respected by human rights academics for being valid and robust”, says HRMI co-founder Anne-Marie Brook. Brook started the organisation with colleagues K. Chad Clay and Susan Randolph.

“All our civil and political rights scores, and all our information on groups of ‘people at risk’, come directly from human rights practitioners themselves,” she explains. “These countries were nominated for inclusion by human rights practitioners in those countries. HRMI’s goal is to expand to include all countries in the world.”  It is already collecting data on South Korea and Vietnam in the region.

In just three weeks of crowdfunding, HRMI managed to raise US$44,000 ($66,000) for its Asia expansion. At a cost of approximately US$20,000 per country, this will successfully fund the new effort. The goal of the HRMI human rights scores, made available with the organisation’s Rights Tracker, is to amplify the voices of those at-risk people. A nation’s score is cross-nationally comparable, reflecting rights overall to all people residing there. It serves to provide information on who is/has been susceptible to human rights violations in a society, and seeks to help a wider national and international audience understand why.

“In our two pilot years of developing the expert survey, we deliberately sought to run the survey in a diverse range of countries across the world,” says Brook. “We were seeking to learn if the approach worked equally as well in all types of states - big or small, rich or poor, democracy or autocracy, etc. The good news is that it did!”

Organisations all over the world are using HRMI’s data to promote human rights. Civil society organisation Nigerian Youth SDGs (Sustainable Development Goals) used HRMI’s "right to education" data as evidence in meetings with government representatives across ten Nigerian states, and in discussions with the United Nations Deputy Secretary-General, to demonstrate the need for investment in youth training and education.

Additional examples include the frequent use of HRMI data citing in media articles that draw attention to human rights violations, such as a Kathmandu Post article on civil liberties in Nepal, a Devex Article on human rights worldwide, and an ABC radio interview with HRMI co-founder K Chad Clay on human rights in Fiji.

HRMI data has even been used here in New Zealand, Brook adds. “The New Zealand Human Rights Commission has contracted us to use our economic and social rights methodology to conduct an in-depth exploration of racial disparities in enjoyment of the rights to health and housing in New Zealand.”

Covid-19 has only increased the need for nationally-comparable human rights scores, Brook argues. “I would say that tracking the human rights performance of all countries is vital to our mission. However, HRMI data may be of particular importance for countries that are going through particular challenges, transitions, or inflection points,” she says.

Anecdotal evidence suggests some autocratic leaders have used the pandemic as an opportunity to clamp down on civic freedoms. “While there are cases when restrictions on civic freedoms are justified by public health concerns (for example, restrictions on gathering sizes and freedom of movement) our data will be able to show the extent to which countries’ performance on human rights has slipped beyond what would be justified,” Brook says. The extent to which these restrictions are not lifted once the pandemic has passed then becomes both qualifiable and quantifiable. “This information will be important for a range of actors to use in helping to hold governments to account for their human rights performance." Studies have found governments tend to increase their human rights violations during states of emergency, e.g. natural disasters and wars. The Covid-19 pandemic is no different. “Many countries, including Thailand, have formally notified the United Nations of their need to derogate from some of their obligations under the International Covenant on Civil and Political Rights (ICCPR),” Brook explains. “For example, Thailand derogated from Article 12, which is Freedom of Movement, and seems to have derogated in the proper manner, so this is an example of appropriate recognition of international human rights law.”

There’s also evidence that pre-existing human rights crises, like the persecution of Rohingya Muslims in Myanmar, have been exacerbated by the response to Covid-19. “We expect that, once we have collected data across a wide range of countries in Asia, we will find many similar stories of both new and exacerbated continuing human rights problems,” Brook says. Here, we see how a robust scoring survey becomes even more important for international comparison and action, as much of the world’s attention is single-mindedly on the pandemic (and not pre-existing violations across the globe).

The Asia expansion will be particularly impactful, HRMI believes, because of the diversity of the region (both in terms of income and human rights performance), current protests for democracy (e.g. in Hong Kong and Thailand), and the success of East Asian countries to contain the spread of Covid-19. 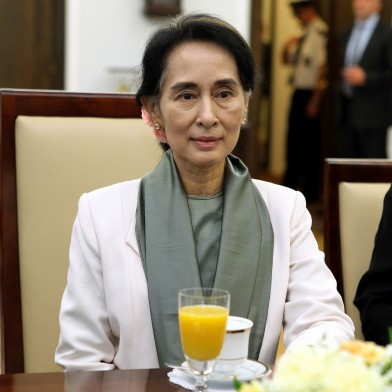 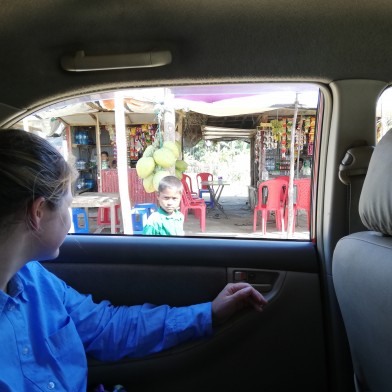